Alvaro Bautista with Suzuki in 2010 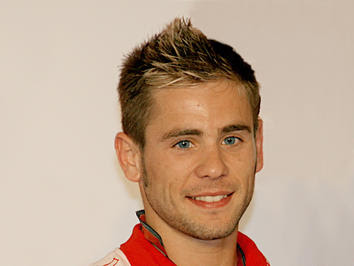 Against early assumptions that Alvaro Bautista will join the newly formed Aspar Ducati team in the MotoGP class next year, the young Spaniard has decided to sign a contract with Suzuki instead, his only possibility of riding a factory bike in the first year as a Rookie.

Jorge Martinez announced that he will now have to decide between Toni Elias and Hector Barbera as possible riders for his new team next season.

The official press release from Suzuki:

Suzuki Motor Corporation is pleased to announce that Spaniard Alvaro Bautista will be joining its official MotoGP team in a two year agreement, to contest the 2010 and 2011 MotoGP World Championships.

Bautista was Spanish 125cc champion in 2003 and crowned 125cc World Champion in 2006. He moved up to the 250cc class in 2007 and earned the ‘Rookie of the Year’ title for his impressive results. Bautista was runner-up in the 2008 title race and he is currently in contention for this season’s 250cc championship, sitting in second place with six races remaining. Since his Grand Prix debut in 2002 Bautista has scored 43 podiums including 16 victories (eight in each class). The 24-year-old hails from Talavera de la Reina in Spain, a town approximately 130kms west of Madrid.

Suzuki is very pleased to have achieved the signing of one of the brightest young stars in Grand Prix racing and looks forward to developing a strong relationship and exciting races with Alvaro Bautista.