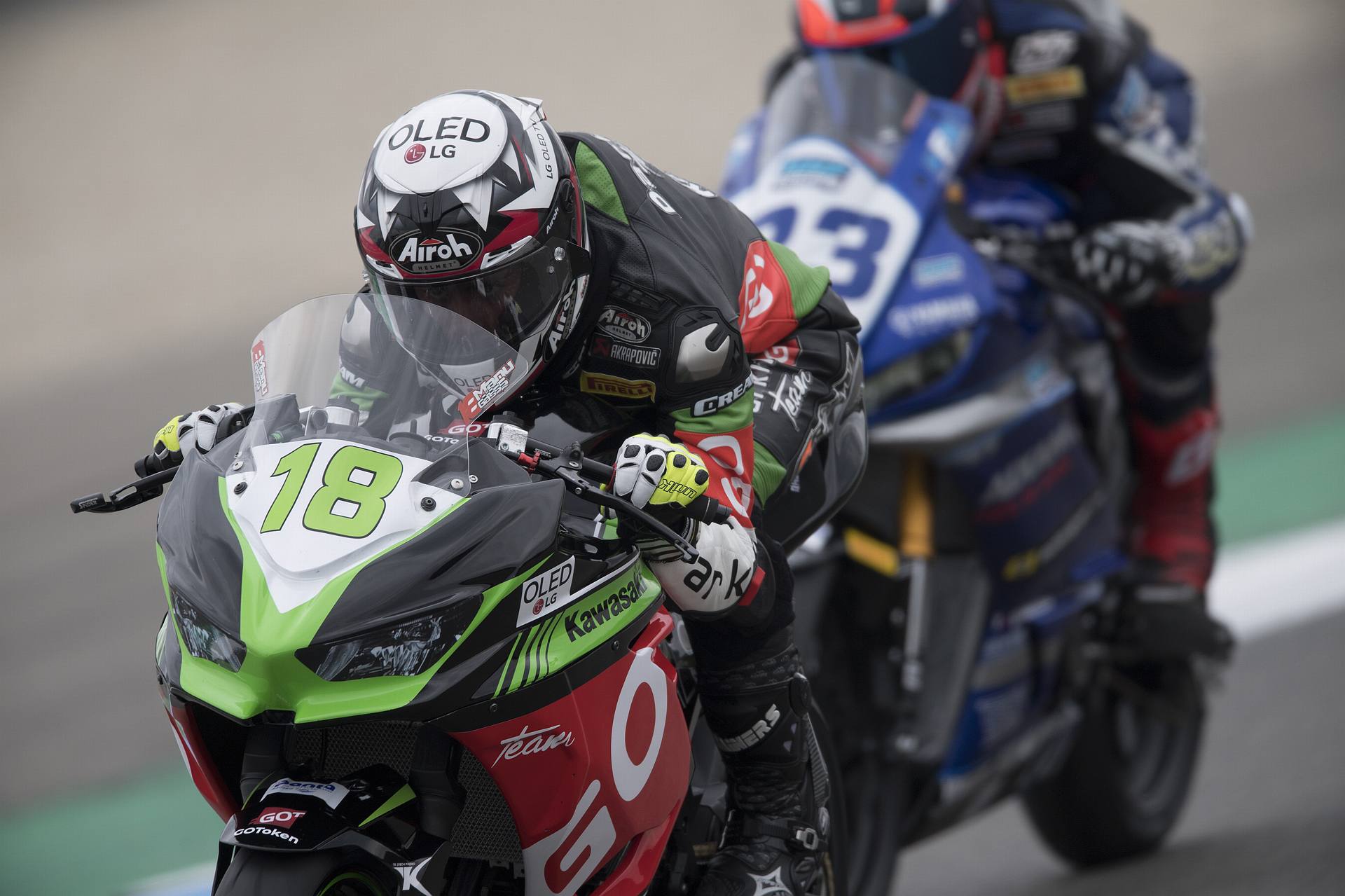 When he says “the year has started well for me” Manuel Gonzalez makes something of an understatement. It has been a pretty stellar opening couple of races, proven not only in the results themselves – two victories in WorldSSP300 at Aragon and Assen, and of course the WorldSSP300 championship lead – but also in the confident, flying, highly competitive style that the youngster from Madrid – 2017’s European Talent Cup champion in CEV Repsol – shows in his riding and racing… someone who is on a roll and who is clearly loving what they’re doing.

“We’ve taken two victories in two races, which is a great way to begin.” Says Manuel. “I’m certainly happy with the way things have started as we did a lot of work, not only in pre-season testing but also on the race weekends themselves.”

This flying start is also something which has been achieved on the back of moving to a new team, the Kawasaki ParkinGO Superbike Team, where he rides alongside Tom Edwards and Filippo Rovelli. Changing teams up on the world stage does not always turn out so well so quickly, and could easily faze someone so young (Gonzalez was the youngest competitor in WSSP300 last year at a mere 15 years of age). But it has proved to be an excellent move for Manuel…

“On a personal level I’m also pleased with how things are working with the new team too. I was with my previous team for five years, so changing team for me is a very big thing – and it has worked well. The Kawasaki ParkinGO Superbike Team is a great squad, their hard work is incredible, and there’s also a great atmosphere within the team, with the technical crew and also with my teammates.” 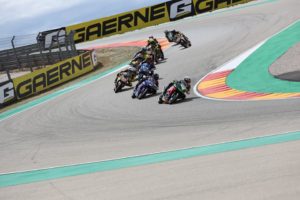 The first race of the 2019 championship season for the 16-year old was on home ground in Spain at Motorland Aragon – a frenetic, action-filled race which saw defending champion Ana Carrasco crashing out. In and out of the lead throughout the race, it was a superb final corner move that eventually saw Gonzalez take the win.

Assen too proved another edge-of-the-seat experience for fans – again pretty much decided in the last few seconds where, despite being forced off track by a contact with Jan-Ole Jahnig at the final chicane, the young Spaniard nonetheless managed to cross the line first.

Such strong performances – upfront and battling magnificently across these first two rounds – obviously need to be sustained as the season progresses; something that of course Gonzalez understands only too well. 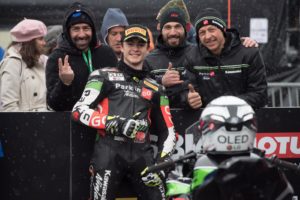 “I think what we have accomplished so far is how we can continue.” He says. “We can be at the front of the field, and be in the top three. It is a long championship, and of course these two victories are great in themselves but we still have to go race by race.”

It’s exactly the kind of level headed maturity that’s needed to balance his mercurial riding skills – knowing that you need to maintain mental strength and perspective constantly to get the best out of your innate racing gifts.

“We have to remain calm and always focus on the next race,” says Manuel, “building on what we have done so far – continuing all our hard work – with the aim of taking the championship.”

On what we’ve seen so far, that would be something great to see – and entirely possible.