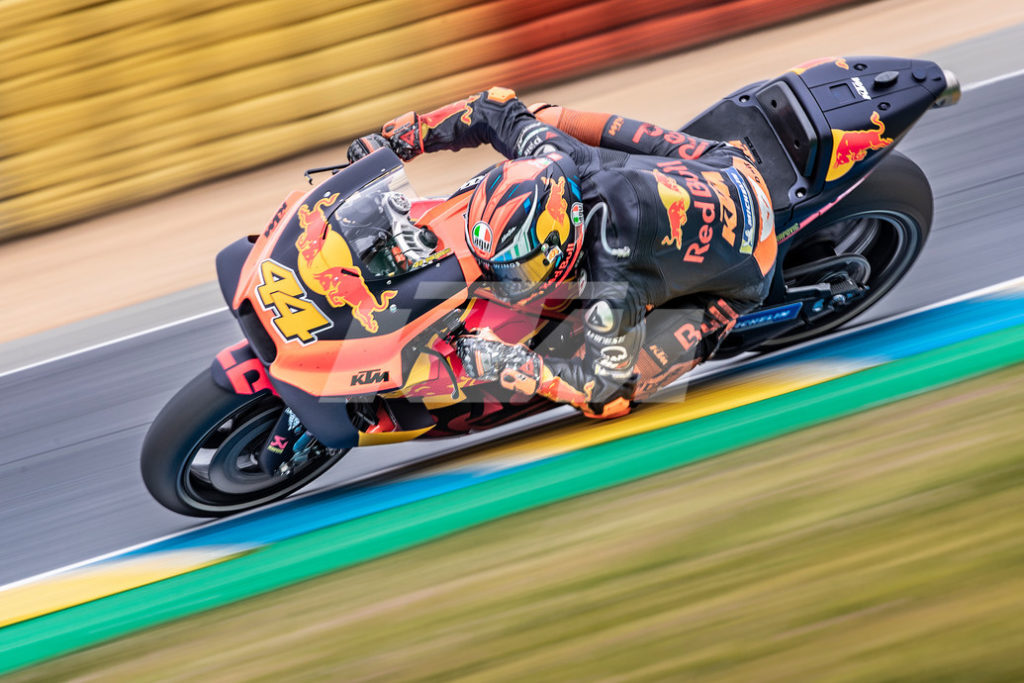 27 intense laps of the Le Mans circuit yielded another small milestone in KTM’s young MotoGP history as Pol Espargaro took the KTM RC16 to a top six finish and all four bikes graced the top fifteen. After two days of contrasting weather conditions at the famous French venue – once again packed to capacity – race day dawned very cool and overcast and with the looming threat of rain.

Thankfully the asphalt remained dry and Espargaro and teammate Johann Zarco were able to revert to the settings that had delivered so much promise in Free Practice on Friday.

Pol made a positive start and then chased the rear wheel of Valentino Rossi in the second half of the race, relatively safe ahead of Franco Morbidelli in seventh. He crossed the finish line less than six seconds behind winner Marc Marquez. Zarco kept busy in mid-pack but his run to 13th was cheered by much of the public at the fences and represented his joint-best result in his fifth GP with the RC16.

Pol Espargaro is 9th in the MotoGP championship standings while Johann Zarco is 15th.

“Simply a stunning result and almost unbelievable after less than two and a half years. We are showing that we are on the way. I am so proud of this project. We are there because we were fifth, and we were there during the whole race. The competition is so high here with the best riders in the world and we are just five seconds from the winner and that factory. It is amazing and for sure gives us wings to keep working and be better in the next races to keep fighting for the top ten. I had so much fun today and was on the limit from start to the end and it was amazing to see we were catching Vale in some places and Petrucci needed to hit me to overtake me. This makes me feel really proud.”