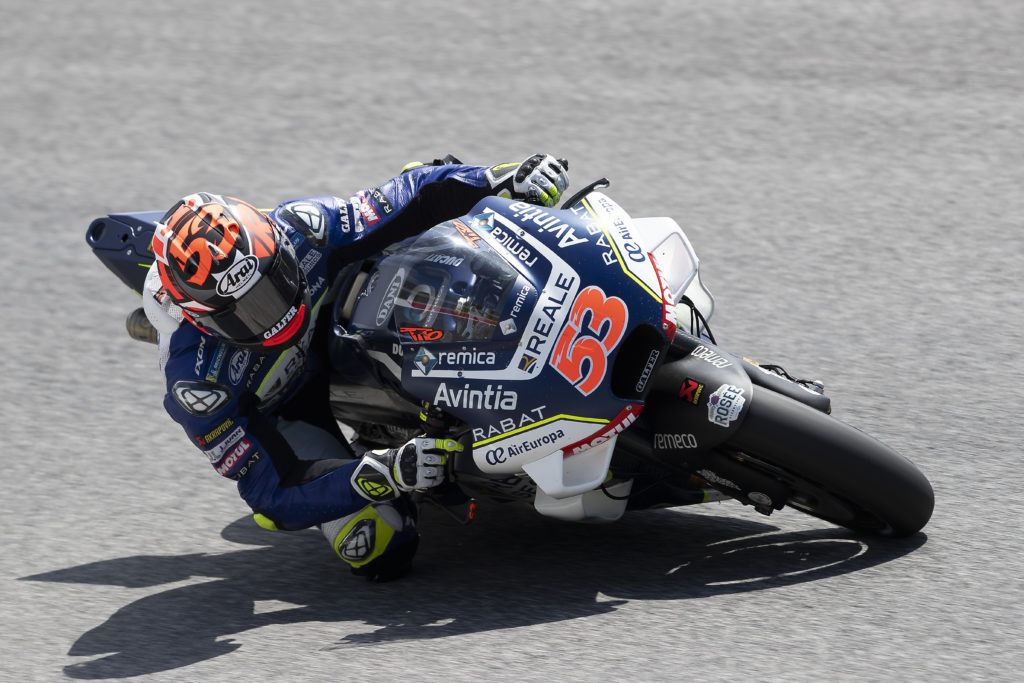 Karel Abraham leaves the Italian Grand Prix satisfied with the work done while Tito Rabat is forced to abandon.

After a very positive weekend, Tito Rabat faced the race with hope and optimism. The Italian Grand Prix brought the Reale Avintia Racing Teamriders the direct path to good results. On Saturday in the QP, Rabat marked his best grid result so far this season, 14th, coming to fight face to face with the official Ducatis. But the good way has been truncated by the electronic problems that Tito Rabat has suffered at the start of the race. Having to start from Pit Lane, Tito was forced to abandon the race after the first lap.

The face of this Grand Prix for the Reale Avintia Racing team was the Czech, Karel Abraham. Karel left from the 16th position and although the hard conditions of the track he faced the race with positivity. With the temperature of the track so high, the race was hard. In spite of the drawbacks, Abraham has been able to get over himself and overcome the challenges. Thanks to all the team’s work and perseverance, Abraham has managed to enter the points zone for the first time this season and is happy to Mugello.

”Happy because we have found the way with the bike, because we can be competitive and fight with the best but frustrated by the problem today. Now we just have to think about Montmeló”