Marcos Ramirez gets his first victory in Catalunya 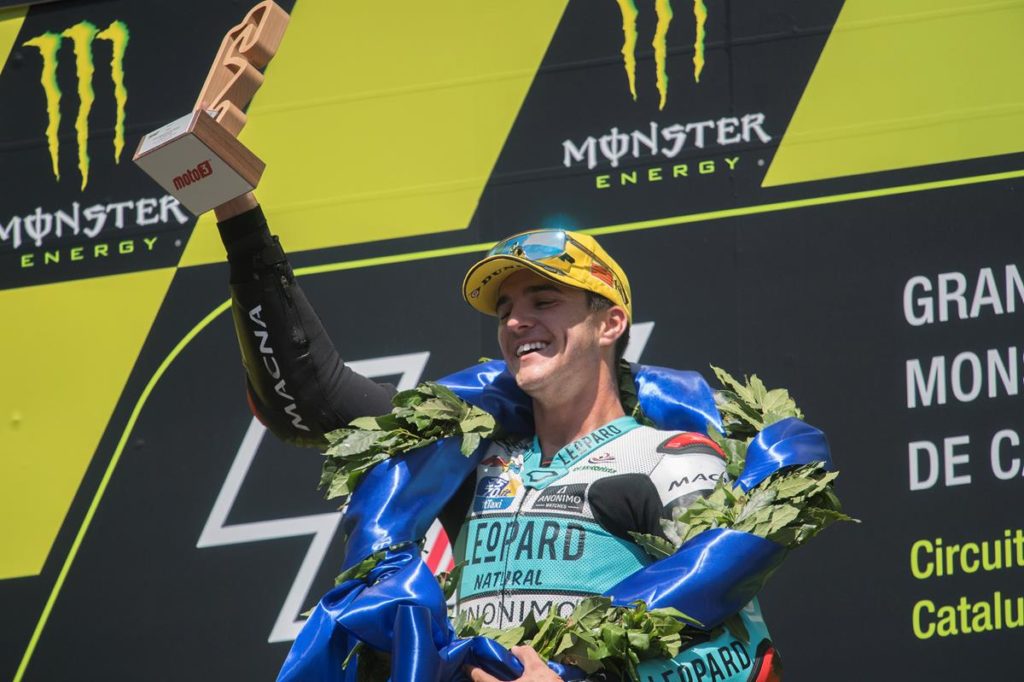 The Spaniard Marcos Ramirez has clinched his first victory in the Championship on Catalan soil, changing this way a very difficult start of the season.

Historically, the Circuit of Barcelona-Catalunya has always been a very suitable track for Leopard riders and after this weekend, the statistics remain untouchable: since 2015 the Luxembourgish team has gotten the first step of the podium five out of six possible times (2015-Danny Kent, 2017-Joan Mir, 2018-Enea Bastianini, 2019-Marcos Ramirez). In this case, the 2019 new addition to the team, the man from Andalusia, has given the team the first victory of the season and the first of his career in the Moto3 World Championship. A very important moment for him as he has struggled quite a lot so far (before the triumph, Ramirez had enchained three N/C) and needed a burst of motivation. Hard work has finally paid off.

Right now Leopard Racing is the first team on the standings, Dalla Porta keeps the second position and Marcos Ramirez is the 8th. See you all in two weeks time at Assen’s track!

“I literally don’t have words to describe the way I feel right now. I’ve been working so hard to get to this day and I really needed this result because the start of the season has been very hard. Sometimes racing life can be tricky but if you always believe in yourself and you push until the last moment, dreams come true. For me, the season starts here and I just want to keep doing results like this one. Many thanks to my family, to all the team and to everybody supporting me”.