Complicated race day for Augusto Fernandez at the Sachsenring 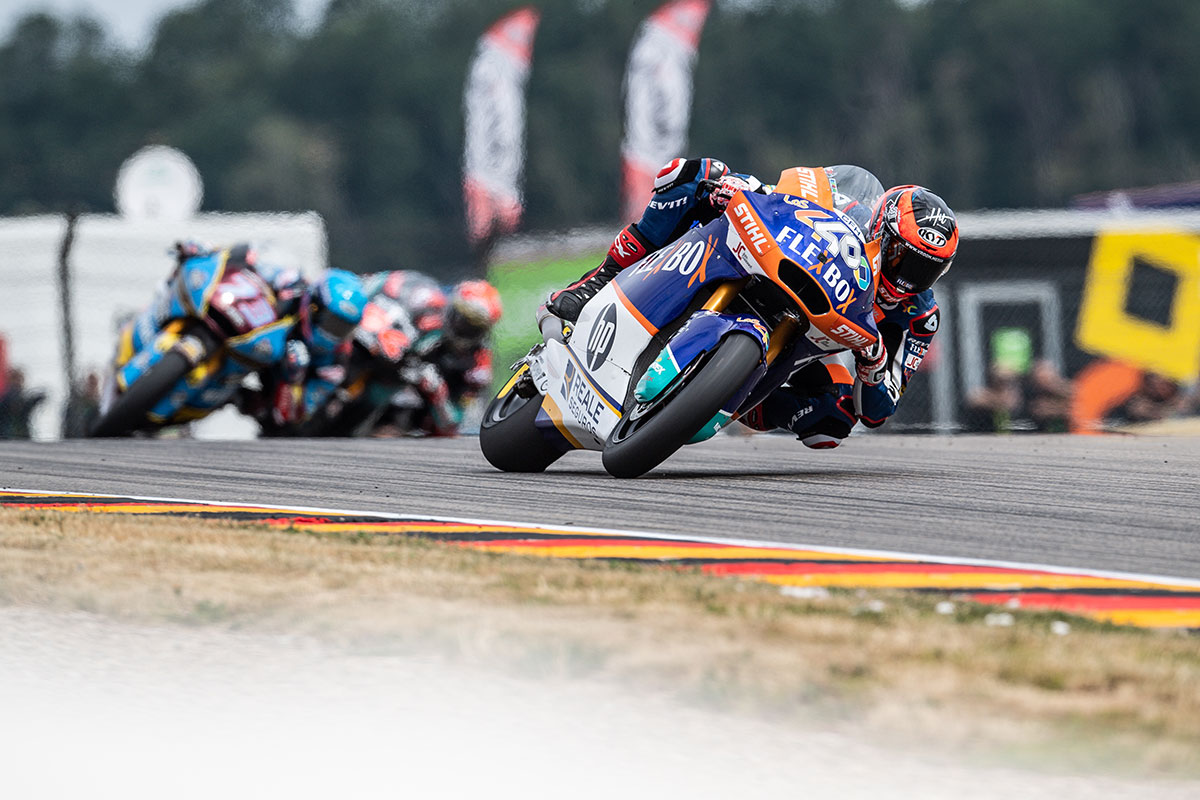 Augusto Fernández and teammate Lorenzo Baldassarri had a difficult Sunday at the German Sachsenring. After qualifying fifth and tenth on the grid, respectively, both were confident to ride with the first race group as they had a good pace but unfortunately today has not been possible.

Both drivers attributed the lack of rear grip due to the rise in temperature of the asphalt compared to the day yesterday. They made a joint race, racing together and trying to overcome positions. Finally, Augusto crossed the sixth and, just behind, his teammate Lorenzo Baldassarri. They add important points for the championship, in which they are third and fourth, respectively.

The MotoGP World Championship goes on holiday and will return to action on the 2nd, 3rd and 4th of August on the Czech circuit of Brno.

Augusto Fernández, 6th, +6.332
“A very hard race. I didn’t make a good start but it’s true that today we don’t have more. The objective was to finish the race and score points, which is the most important thing and in the end a sixth position is good. We go on vacation being third of the championship and now we will charge batteries to get stronger in Brno”.