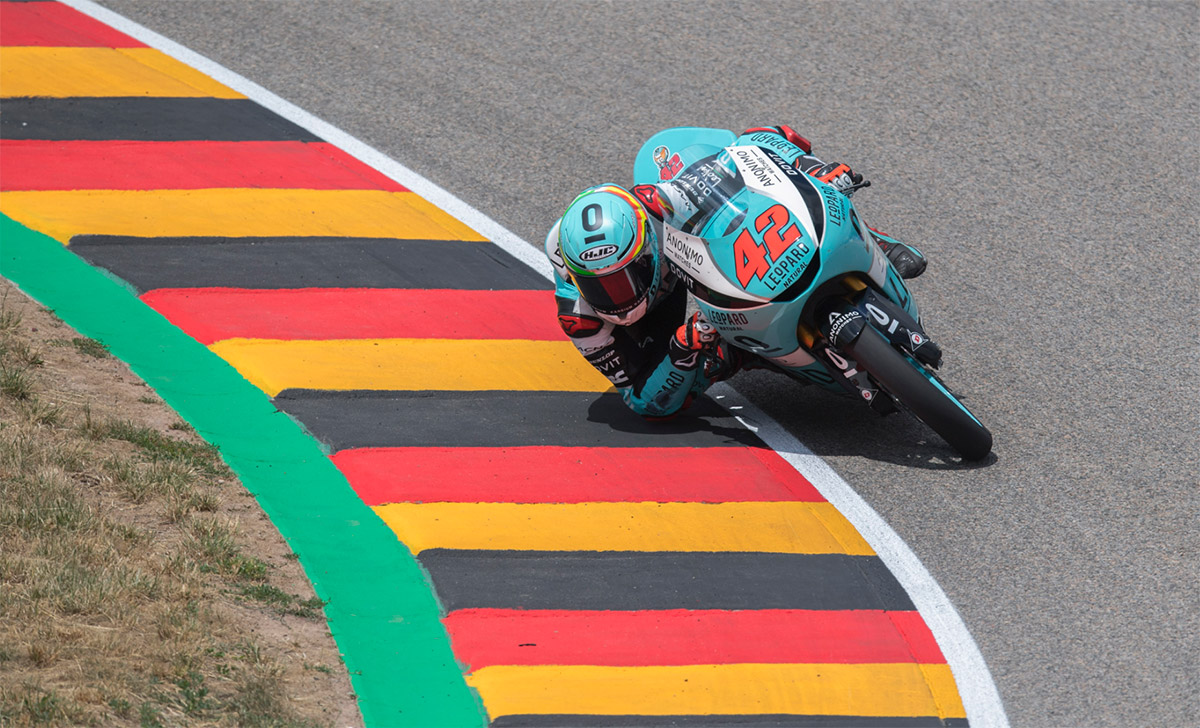 The day started with some drops of rain but after the Warm Up clouds disappeared to let sun shine during the Moto3 race. But if somebody have shone, those have been Leopard riders Lorenzo Dalla Porta and Marcos Ramirez. The man from Tuscany and current leader of the Championship started from the fourth position and immediately placed himself among the first riders, always battling and swapping positions with rivals, including teammate Ramirez. He got to be on top for some laps but as this is a very narrow track, was easy to lose some positions having other riders breathing behind. A similar situation happened to Marcos, he pushed from the beginning and even opened a gap being super consistent. If an enemy overtook him, Ramirez battled back. The 42 seemed to be comfortable and able to get the victory, but this time the main rival was his teammate.

Ramirez has jumped into the podium for the second time this season and is now the 4th on the standings.

#42 Marcos Ramirez, second in Sachsenring
“I tried to win since the start of the race because I’ve felt strong and I knew I had a good pace. I tried it but from yesterday I have some pain on my knee and I struggled a little bit because this is a demanding track. However, a second position is super positive, I feel better than at the start of the season, I’m happy with this result and now I’m fourth on the standings. Besides, the team has done an amazing job because we’ve finished first and second. Many thanks to the team, today’s been a very good day”.