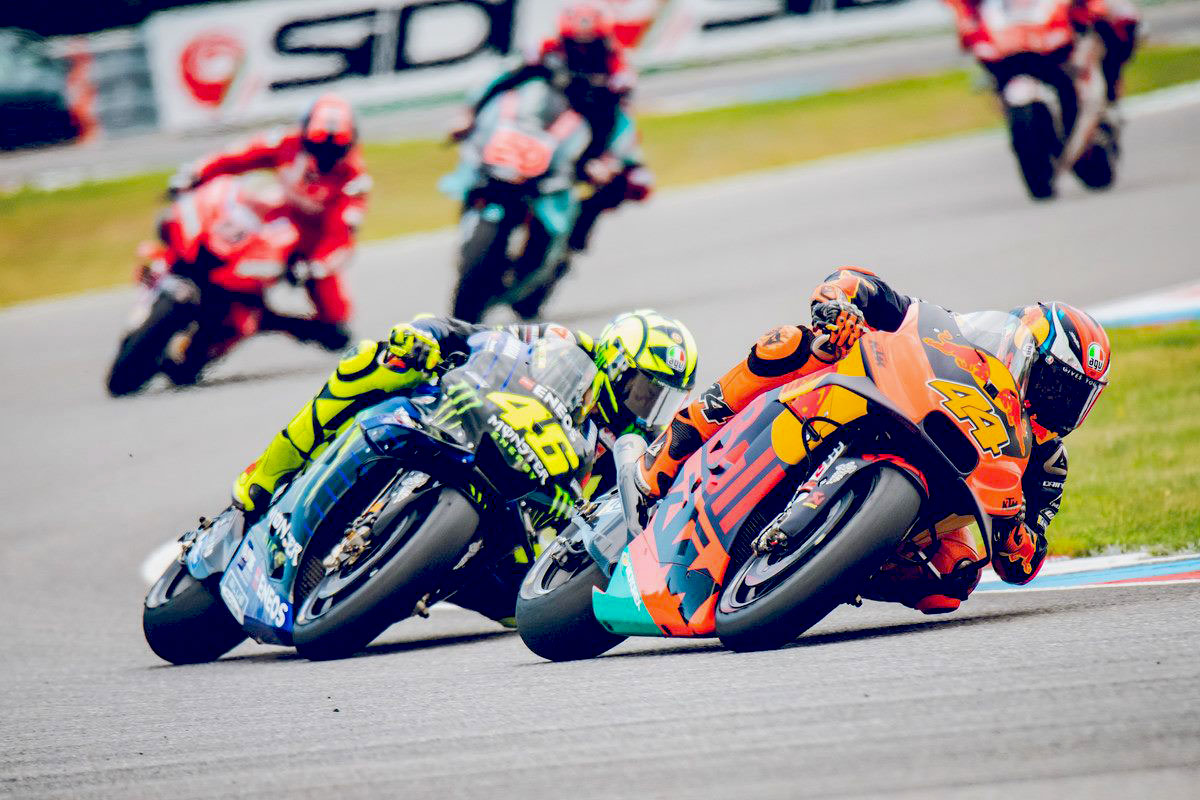 MotoGP clicked into the second half of the 2019 campaign with the visit to the popular and demanding Automotodrom Brno circuit and where a wet and complicated day of qualification changed to largely summery conditions for the tenth round of nineteen.

On Sunday afternoon a freak shower on part of the track caused a 40 minute delay and plenty of consternation among the teams and riders as the grid formed up. The race was shortened from 21 to 20 laps and declared a ‘Flag to Flag’ sprint.

Espargaro initially ran within the top five as Zarco could not ace a start to head the pack. The Spaniard struggled with rear tyre grip to slip just outside the top ten.

Pol Espargaro:
“Qualifying went very well, and today we could keep the rhythm near the front for the first four-five laps after making a good start in very tricky conditions. Then we had some wheel-spin as the tyre dropped, mostly on the straights, and it meant we lost some positions. I tried to go with Valentino [Rossi], [Danilo] Petrucci and [Cal] Crutchlow but it was complicated. I was losing a lot each lap. So, some positives and negatives today and we’re looking forward to tomorrow to see if we can make some improvements. We have a big target for next weekend.”