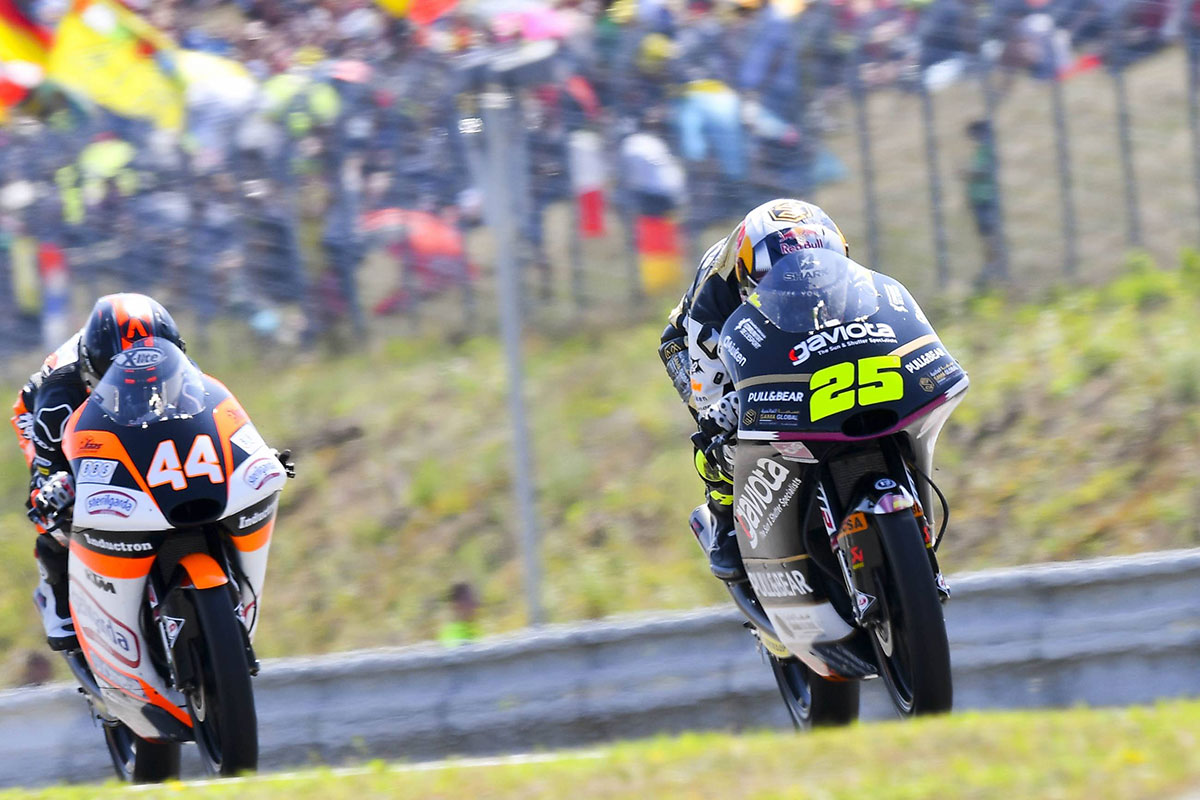 Aron Canet and Lorenzo dalla Porta started the second half of the season as they finished the first. However, on this occasion it was the Spanish rider who finished ahead of the Italian, thus reclaiming the lead of the Moto3 World Championship with a 3-point advantage.

Canet came into the last lap in second position, just behind Dalla Porta, but was able to overtake him to take the chequered flag first. Poleman Tony Arbolino completed the podium, with Jaume Masiá fourth and Niccolò Antonelli claiming fifth after having started from pit lane.

Raúl Fernández claimed four more points after a tough race at Brno. The Spanish rider started from fifth on the grid, and led the race in the early stages. Fernández kept at the front until, midway through the race, a lack of grip slowed him down. He was able to cross the finish line 13th, but a penalty for another rider took him up to 12th.

Albert Arenas crashed twice in the race, with his second fall forcing him to retire from the Czech GP. Both riders will be back in action next weekend at the Austrian Grand Prix.

12th Raúl Fernández:
“I was very clear about wanting to fight for the podium, but we lacked feeling with the bike from the seventh lap onwards. The problem came from a lack of grip, which hindered our overtaking other riders. The bike was working like never before and the team did a very good job, but we lost rear grip very quickly -which makes me very angry. I’m not happy, because throughout the first part of the race I was able to fight for the podium and the victory. The lack of dry practice time meant we put a run of fast laps together without any idea of how long the tyres would last.”

Albert Arenas (DNF):
“On the first few laps I was climbing up the order, but there was contact with another rider and I crashed. I picked the bike up to try to continue, but soon after I crashed again. I feel ok physically, and the good thing is that in four days we will be back on the bike in Austria. We tried to push our hardest during all the practice sessions and the feeling was good, but now it is time to put this round behind us and focus on the next race.”