Tito Rabat just outside the points at Brno 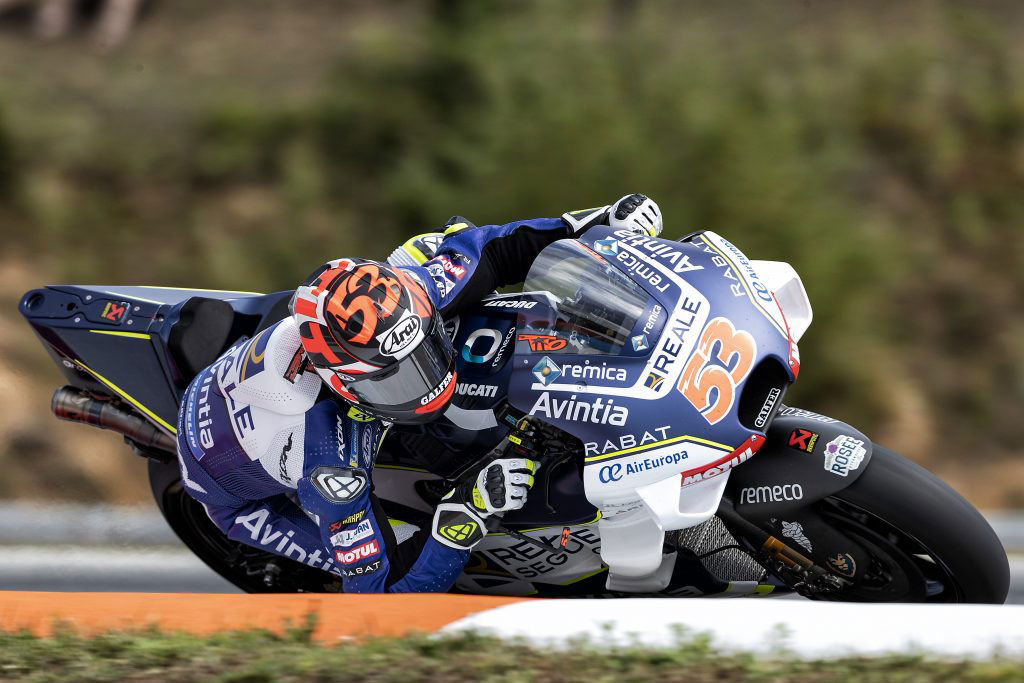 The tenth race of the MotoGP world championship held in Brno (Czech Republic) left the Reale Avintia Racing Team riders eager for more as they did not made it into points positions as they did in the previous event held in Germany.

The weather conditions changed just at the end of the Moto2 race when a summer storm appeared and soaked the Brno circuit, especially at the beginning and end of the Czech track. When the MotoGP riders went out on the grid they realised that the circuit was in mixed conditions and they wouldn’t be able to ride either with dry or wet tires.

Given this situation, race direction decided to delay the start of the test for safety reasons for more than 30 minutes in order to wait for the track to dry.

Tito Rabat rode from the 22nd grid position to 16th in the race, finishing close to the points.

The next MotoGP world championship race will be held at the Austrian Red Bull Ring circuit from August 9th to 11th.

Tito Rabat | P16
“It has been a difficult weekend, it is a shame because it is a circuit that we are good at. The bad conditions did not helped me but we have been able to fight until the end. I’ve finished close to the points’ positions, which is positive. I am happy with the team and the situation, tomorrow we stay to do a test to continue improving. ”