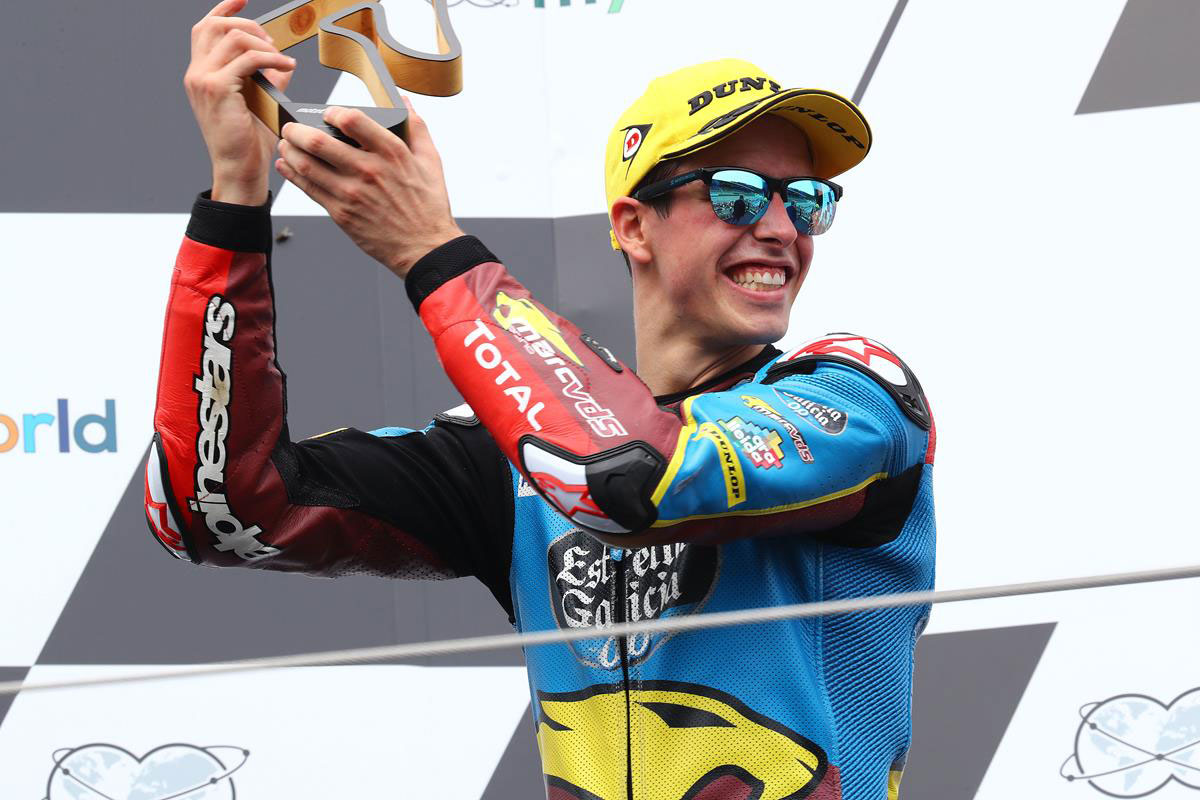 Alex Márquez climbs from 11th to 2nd and collects his 7th podium of 2019 in fine style and extends his championship lead in the process as Xavi Vierge suffers another unfortunate fall.

Rain had left the 2.6-mile Red Bull Ring wet for morning warm-up. But by 12:20 the track was dry and ambient temperatures of 22 degrees greeted the riders for the 19-lap race.

A lack of grip and competitive field contributed to a dramatic race in which Alex Márquez fought for victory with Brad Binder until the final lap. Xavi Vierge suffered yet more misfortune and crashed out on lap 3.

Alex Marquez
“I’m really happy. It was a difficult race for us. The conditions were really tricky after the rain in the warm-up. It was clear that in the first two corners I was not really aggressive. That was where I lost the most time in the race and it was difficult to recover. But I knew before there were many laps, to keep going step-by-step and that it’s so easy to make a mistake here. We were really clever when overtaking other riders. In the last two laps I had the chance to try and fight with Brad (Binder) but he was really fast. I decided to not take any risks and second means we got really important points. I’m happy, we have a bigger advantage in the championship but there is still a long way to go.”

Xavi Vierge
“I’m really, really disappointed. Like I said yesterday, we had the rhythm to fight for victory. But I made a mistake again. Nagashima overtook me. We just checked the data and I braked at the same point as always, but I didn’t expect Nagashima to stop his bike so quickly. I tried my hardest to stop and avoid the situation, but I couldn’t. It was my mistake. I just have to say sorry to him because I took him out. Also I want to say sorry to my team. I can’t say anything more.”