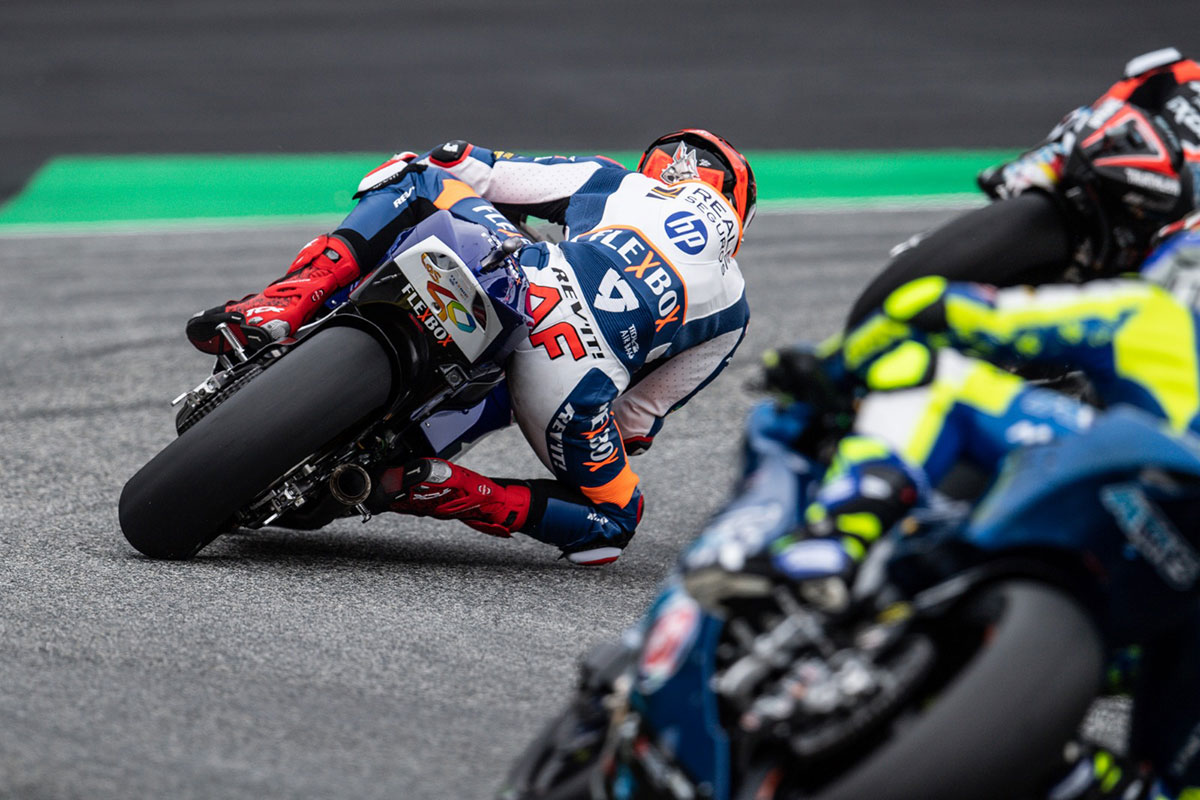 On Sunday racing in Austria dawned with the wet track after an intense morning rain. Finally, the route has dried up and the riders in the Moto2 category have been able to compete in the dry race, which presaged a good show.

Augusto Fernández began the race from thirteenth position, and hoped to make a good comeback and fight for the front positions, as he had rhythm for it.

Augusto didn’t make the greatest of starts and lost some positions. Little by little he pulled back positions into the second group, close to fighting for victory and podium. Finally Augusto crossed the line in fifth, adding important points for the championship.

Augusto Fernández, 5th, +3.303
“Happy with the final result. It has been a complicated weekend and we have taken another top 5, cutting points to the second. The leader seems to have escaped a bit but the fight for the runner-up is still alive so the result is positive We have had some problems in the race and we will take advantage of tomorrow’s test to study them well and solve them. Thanks to the team for all the work during the weekend and with the mind set on Silverstone.”