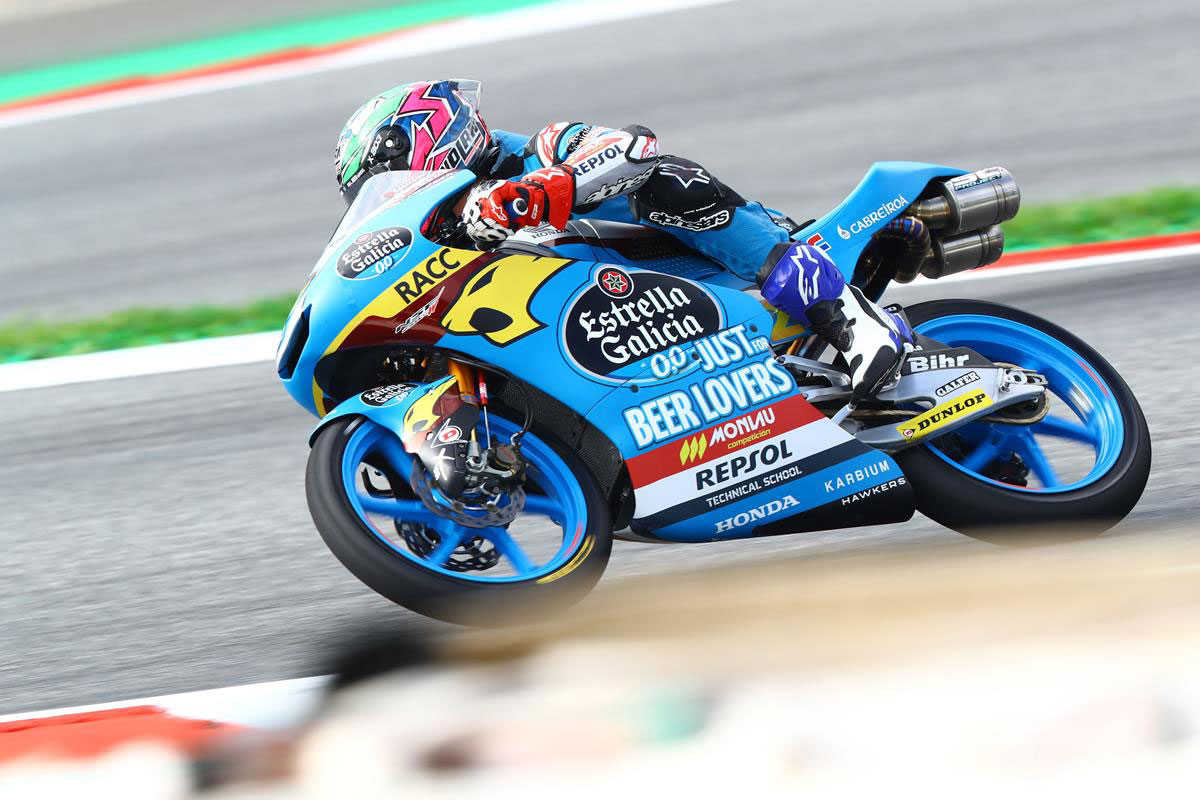 The Estrella Galicia 0,0 Moto3 riders contested the Austrian Grand Prix this Sunday on a dry track, despite rain in the morning warmup.

Alonso Lopez placed 16th in the race, which he started from pitlane, whilst Sergio Garcia Dols crashed when fighting for points but remounted to finish the contest. Romano Fenati was the winner of the 23-lap race at Spielberg.

The Estrella Galicia 0,0 duo will be back in action on August 23rd, for the opening Free Practice sessions for the British GP at Silverstone.

Alonso Lopez
“Everything happened in this race. Starting from pitlane hurt me and I expected to reach other riders later in the race, but I was already beginning to gain positions on the first lap. Until halfway through the race I had a similar pace to the frontrunners, but I got into a battle with another rider, then had to do a long lap. It was difficult because the pace was still fast in the final part of the race. I tried and had a good pace myself, but the most important thing is what I learned this weekend.”

Sergio Garcia
“I had started very well and was comfortable in the points. I had another rider in front and the dry line on the track was hard to read. I went slightly off it, lost my grip and crashed. I got back on track to continue accumulating experience. It has been a very hard weekend, in which we have worked hard to take steps forward, but I have learned that you should never throw in the towel.”