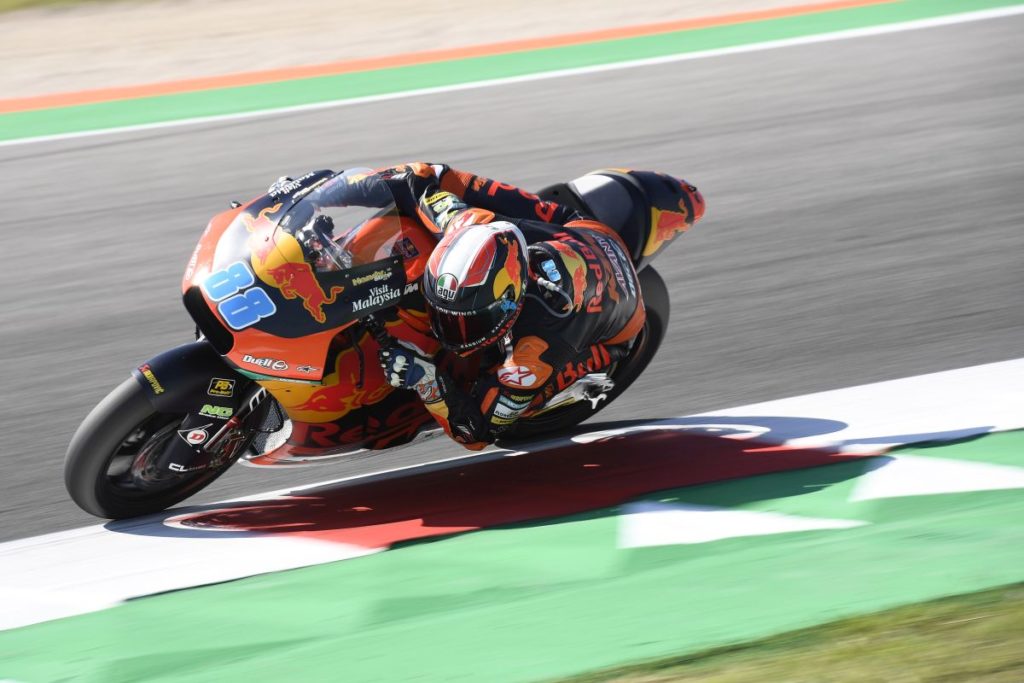 The 13th World Championship round of 2019 saw the Red Bull KTM Ajo Moto2 team pushing to improve in every session, with their hard work paying dividends in the race as both their riders produced strong comebacks. Brad Binder made up 10 positions to finish in a creditable sixth place, whilst Jorge Martin, who took off just behind his teammate on the grid, ended 12th.

For his part, Jorge Martin had a positive race which saw him finish six places higher than his position on the starting grid. The Spaniard showed great overtaking technique and produced a consistent pace, ending the Grand Prix in 12th position. The current Moto3 World Champion got into the points for the fifth consecutive race, and now sits 17th in standings, with 30 points.

The next challenge for the Red Bull KTM Ajo Moto2 team is the Aragon GP, which takes place next weekend (20th-22nd  September), at MotorLand Aragon.

“It was a difficult weekend, as I just didn’t feel comfortable on the bike and I also had two crashes. Yesterday we took a step forward in qualifying and today we improved in the warm up, but still the feeling wasn’t that good. At the end of the race, I was on the pace but at the beginning I struggled a lot, so I have to keep working hard. Getting into the points is our objective, in order to keep learning. If we apply all the knowledge we gained here in the next race, we can produce a good performance.”