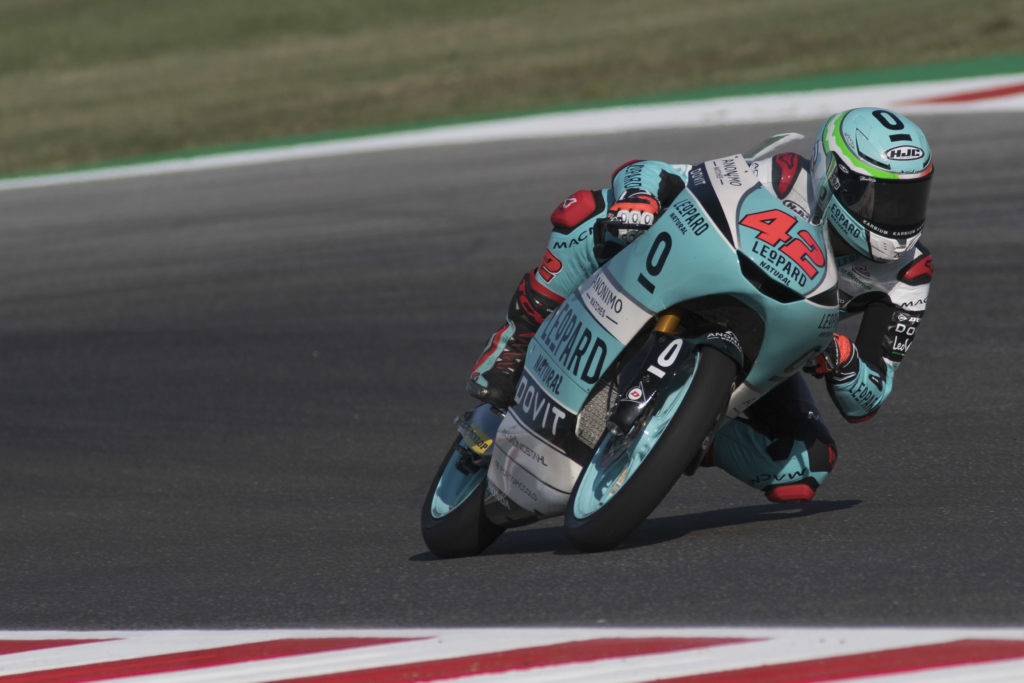 Marcos Ramirez finishes the 7th at the Grand Prix of San Marino and teammate Lorenzo Dalla Porta the 8th after receiving a three-seconds-penalty due to exceeding track limits. Bittersweet feelings for the Leopard Racing after the final result and the complicated events of the race in Misano.

Marcos Ramirez, who started from the 9th position, has had some difficulties on the race due to other riders’ crashes, as they have prevented him from catching the first group in order to fight for the top positions. Finally, after struggling he’s crossed the line the 7th. This way he’s moved onto the 4th spot of the general classification.

“I honestly expected a better result because I’d had good feelings throughout the weekend. There have been many crashes in front of me and I’ve lost a lot of time. I’ve been slow because of that and I haven’t been able to recover the lost time. It’s a shame as today we wanted to recover as much points as possible on the general standings and finally it hasn’t been possible. Now we’ll get to Aragon in less than a week, one of my home races, so we will try to fight to be in front. Many thanks to the team for the job done”.