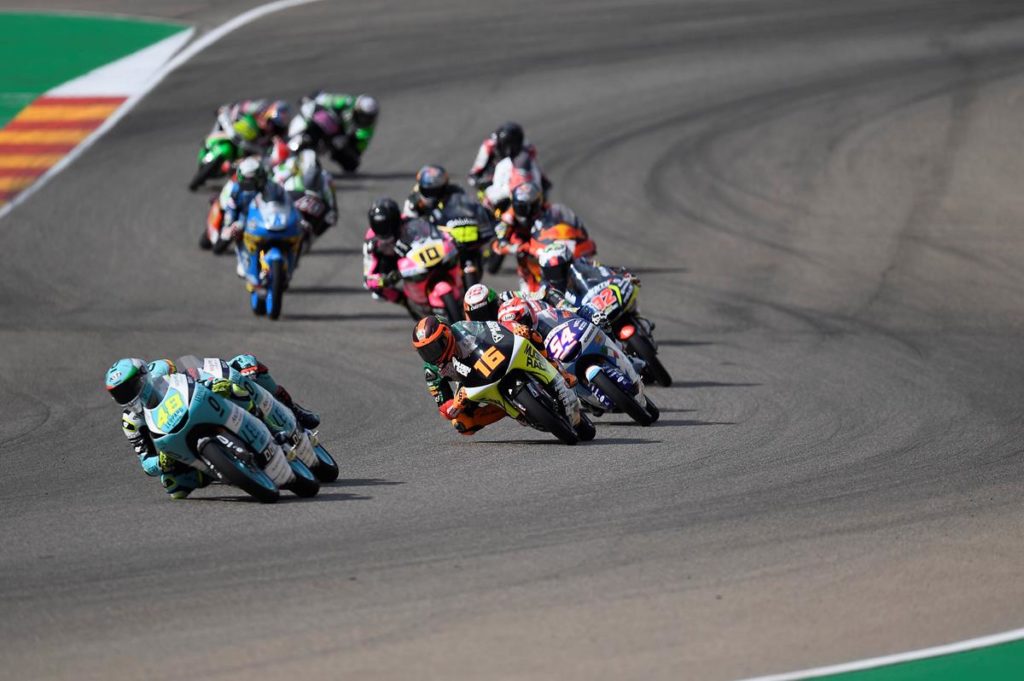 Lorenzo Dalla Porta finishes 11th at the Circuit of Aragon and teammate Marcos Ramirez crashes out at the first stages of the race.

Spaniard Marcos Ramirez has lost his chances when pushing to overtake in order to get to the lead group. The #42 started from the 20th position and recovered some positions at the beginning, was strong and aggressive, but unfortunately he ended up on the gravel. Despite the bad luck, Marcos occupies the 5th position on the classification just 3 points far from the 4th.

Definitely, a very difficult Sunday. The positive thing is that both the team and Lorenzo Dalla Porta keep the first position of the general standings and apparently, the upcoming races should be a good scenario to make the most. See you all in Thailand at the Buriram track the 6th of October!

“It’s been a shame the result we’ve gotten today. I wanted to reduce the distance against my rivals on the championship and I’m disappointed because it’s been impossible. I felt so strong at the beginning and I was faster than the front group, but I lost the front when I was pushing: I touched the white line, I crashed and that has jeopardized my chances. Honestly, a real shame. However, I’m sure we will be stronger in the upcoming races and as always, we’ll try it harder. Thanks to the team, they’ve given me a good bike and I would like to reverse this result very soon”.