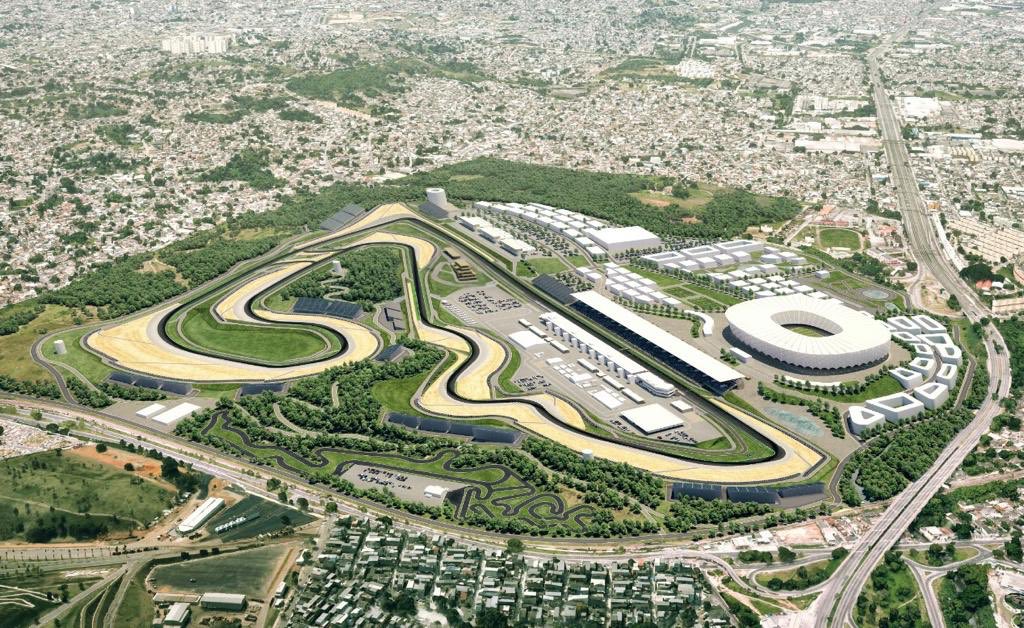 Dorna Sports has announced that MotoGP will be returning to Brazil from 2022, with a five-year contract with Rio Motorsports (RMS) securing the sport’s return to Rio de Janeiro until 2026. The all-new Rio Motorpark, set for construction in Deodoro, will host the Grand Prix, which is back in Rio after 15 years.

Brazil, and Rio de Janeiro, have already staged some incredible chapters in the history of the sport, most recently in 2004 at Jacarepaguá, which had hosted MotoGP™ since 1995. The development of a new venue to replace Jacarepaguá, which was repurposed as an Olympic Park, makes for an exciting prospect for both the sport and the city.

Rio Motorpark is forecast for completion in 2021 and features a 4.5km layout of seven left- and six right-handed corners, with an approximate MotoGP™ laptime of 1 minute 38 seconds.

Marcelo Crivella, Mayor of Rio de Janeiro:
“The news that we already have a first competition for Rio’s new racetrack, MotoGP, confirmed for 2022, represents a great advance for our city. The construction of the Deodoro racetrack is a spectacular project, with an extraordinary investment that will generate 7,000 jobs and make Rio regain the leading role in major competitions. We will take development to a region of the city with many needs, which is the West Zone, and stimulate tourism. All this without the City putting a penny into the project, since the whole investment will be the responsibility of the concessionaire.”

JR Pereira, CEO of Rio Motorsports:
“Dorna was an extremely loyal partner in every conversation we had. Now that we have completed the local environmental impact studies and the commission that will look into the matter is in place, following the regulatory policies of INEA (Rio de Janeiro State Environment Agency), it has been possible to formalize an agreement that has been built for over two years. We are very grateful to Carmelo and his team that we can realize the dream of bringing MotoGP back to Rio.”

Carmelo Ezpeleta, CEO of Dorna Sports:
“I’m very proud to announce that MotoGP will be returning to race in Rio de Janeiro, one of the world’s truly iconic cities and in such an amazing country. Brazil is an important market for motorcycles, motorcycle racing and motorsport, with a history to be proud of – and a future that I’m excited to see MotoGP play such a vital part as we return in 2022.”