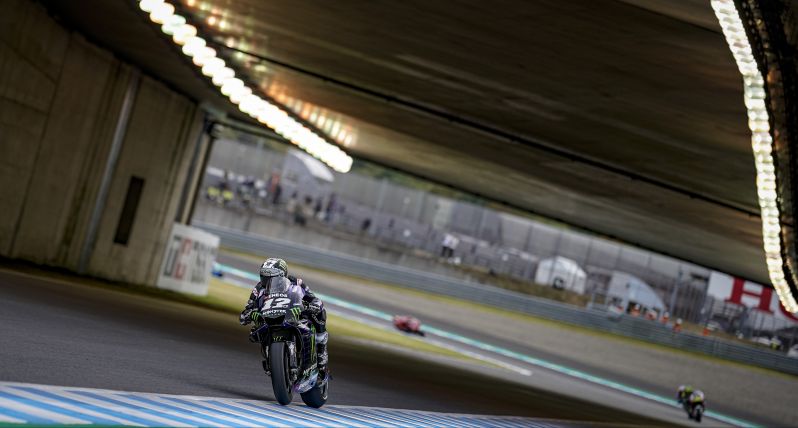 Viñales started from fourth and held the position coming through the first turn, manoeuvring himself on the inside, but when the pack flicked it left for the next corner, he lost two places. He completed the first lap in seventh but was still close to the riders in front of him, who were all battling for second.

The Spaniard made his way up to sixth on lap 3 and started shadowing Andrea Dovizioso‘s every move. Together they overtook Jack Miller and Franco Morbidelli, with barely any daylight between them. Riding in fourth place, the number-12 rider was clearly pushing for a podium result but wasn’t able to put in a move. He took the chequered flag 2.608s from first.

Today’s fourth place sees Viñales hold fourth in the championship standings, equalling the point tally of the rider in third place. Rossi now finds himself in seventh place in the overall rankings, 31 points behind his team-mate. Yamaha remains third in the constructor standings, and Monster Energy Yamaha MotoGP also stay in third place in the team classification.

The team will resume the MotoGP action at the Phillip Island circuit next weekend for the Australian Motorcycle Grand Prix, held from October 25th – 27th.

Maverick Vinales:
“Actually, for me it was a very positive race. At the start I did a lot of fighting with Cal and Dovi. I tried to overtake quickly, but it was very difficult. At the end I found a very good rhythm on the last laps, trying to fight for the podium with Dovi, but somehow I couldn’t overtake. We made the most of our bike in this race and we’ll try to do more in Australia. I will do my best in Phillip Island, I will try to push and start from the front row, I think that’s very important. If we had started from first row today, we might have been able to fight for the race. We need to keep working, we’re very close, we just need a little bit more, which we’ll find for sure. Phillip Island is a track I really like, but anyway I will go there with the same expectations as I had for here, trying to work very hard and to be on the podium again.”