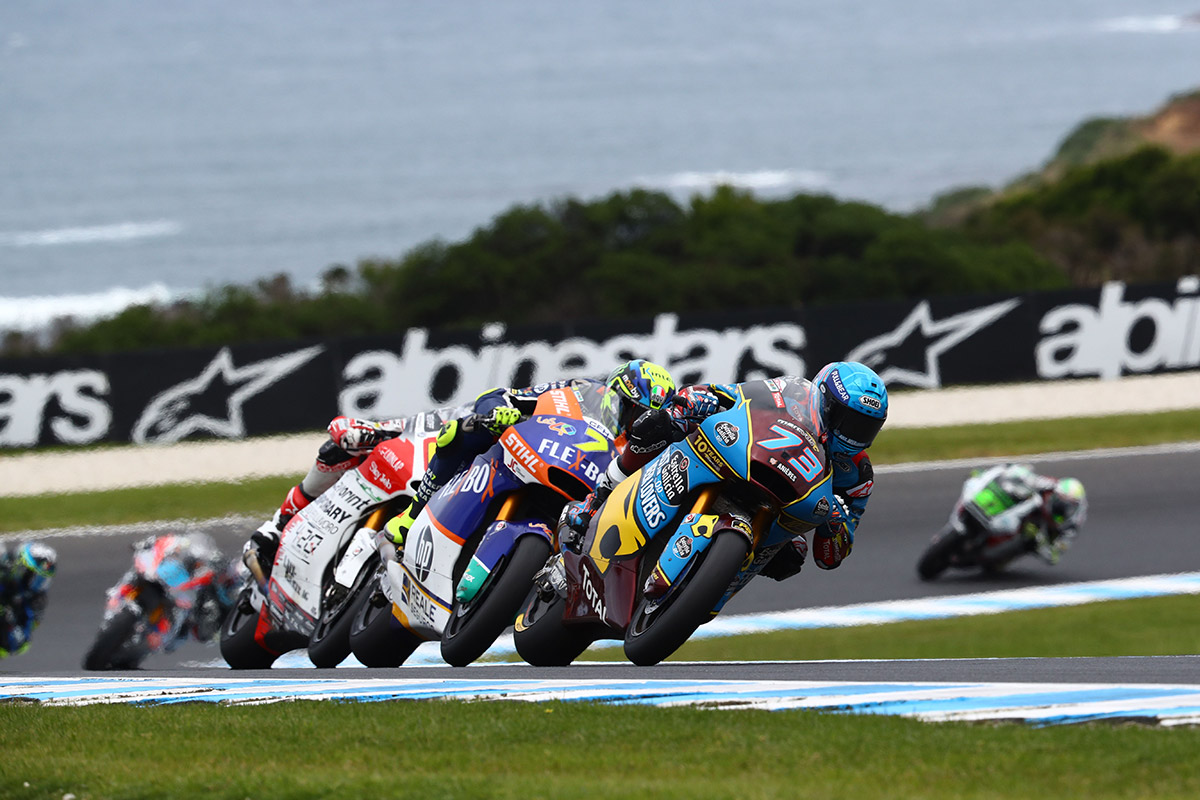 In a difficult encounter, Xavi Vierge suffered an unfortunate fall on lap 4 while Márquez, suffering more than expected, had the championship in mind as he secured an important 8th place.

Alex Marquez
“It was more complicated than what we expected. We didn’t have good rhythm from the beginning. I was in a big group fighting and lost many seconds because of that. But in the end when you don’t have the rhythm, or you don’t feel good on the bike it is what it is. I was suffering a little bit, trying to overtake but it was difficult for me. I think we achieved good points for the championship but we need to make a step for Malaysia. We are not far. Here was a difficult weekend for everybody. We’ll forget this. Malaysia is a completely different situation and feeling so I’ll try to push from the beginning and try to be fast.”

Xavi Vierge
“On one side it was a positive day, but on the other it was negative. The good point is that from yesterday to this morning we made some adjustments to the base and it was so bad. This is good to know for the future so we don’t try it at other tracks. Finally for the race we made the correct decision and started with the base we know is the best one. I felt really good from the beginning. It’s a pity because I felt I could go with the front guys but I made a mistake and crashed. I want to say sorry to the team because we could have fought for the podium. Like I said, we need to take the positive things from today. We have things clear for the last two races of the championship and I hope we can do a good job to finish the season.”