Alonso Lopez fights back to 13th in Australia, DNF for Sergio Garcia 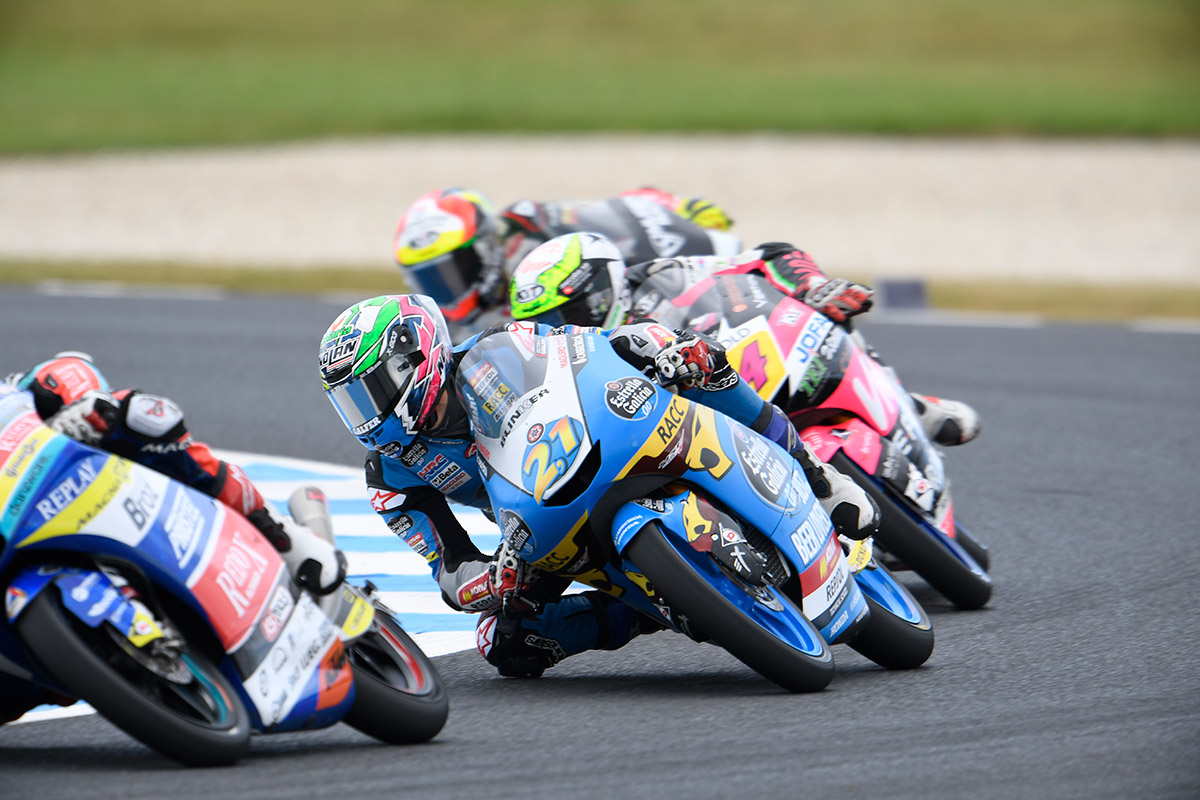 Lopez finished 13th, after starting from 27th taking the lead at one point during the race. Garcia Dols also made a positive fightback, although he crashed out of a contest won by new Moto3 World Champion Lorenzo Dalla Porta.

After strong winds on Saturday which caused the cancellation of MotoGP and Moto2 qualifying, a Sunday schedule adjustment moved the warm up for the Moto3 class forward to 8:50am local time.

Estrella Galicia 0,0 will be back on track on Friday, November 1st at the Sepang International Circuit, for the first free practice for the Malaysian Grand Prix.

Alonso Lopez
“The setback in Saturday’s qualifying session put me far back on the grid, and on the first few laps of the race it took me a lot to gain positions, but then I felt comfortable and started to overtake riders until I took the lead. I had a great pace, but I involuntarily hit Filip Salac and caused him to crash, so I was sanctioned. When I did the long lap I went wide and had to repeat it. After the race I went to Salac’s box to apologize. Until the incident, I had a great pace, and that is what we have to take away as the most positive thing from this weekend.”

Sergio García
“I made a good start and gained ground on the first few laps, although I was riding on the limit. Then I noticed that I had less grip. I couldn’t corner as I wanted, nor continue overtaking. At Turn 10 the bike went out from under me and I lost several positions. I tried to recover, but I crashed at Turn 6 when I lost front grip. Despite the crash, it was a positive race, especially because of how I rode on the first ten laps. Now we head to Malaysia, where I am eager to get out on track and continue to improve.”