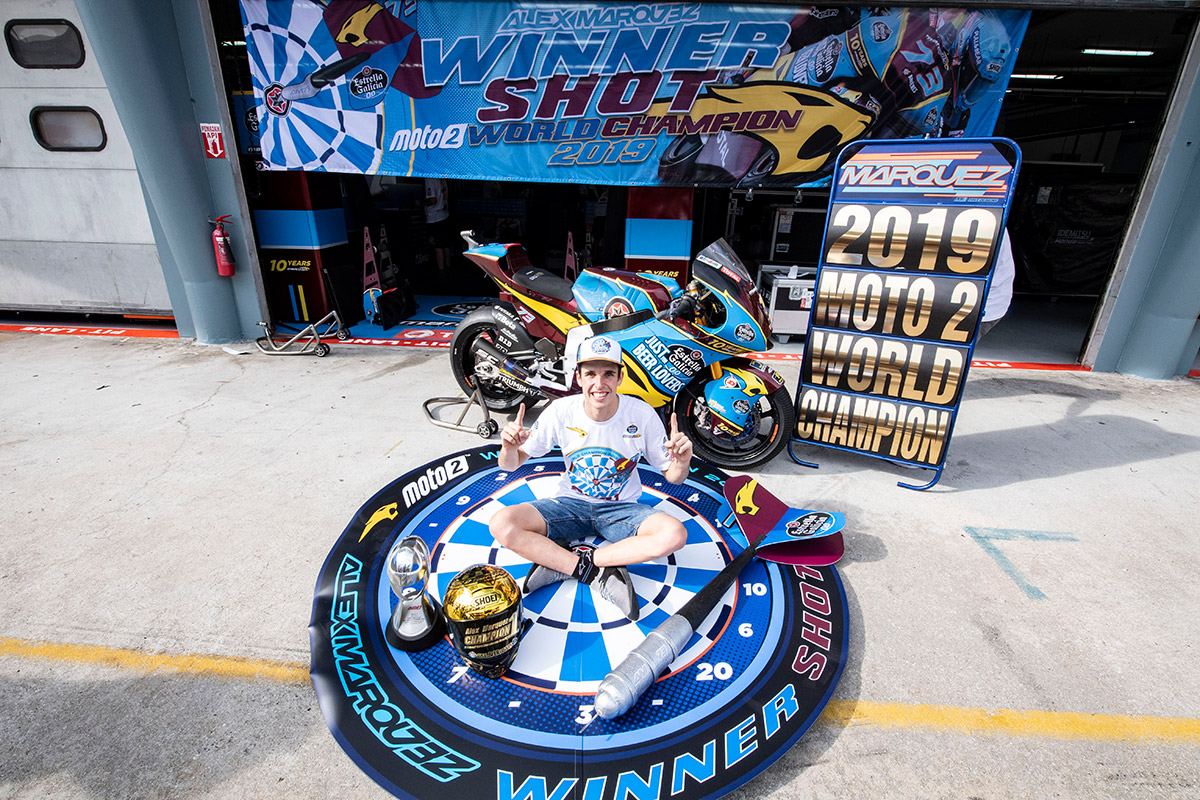 Alex Márquez shrugged off relentless pressure from his title rivals to finish second in the Malaysian Grand Prix, a result that confirms him as the 2019 Moto2 World Champion, as Xavi Vierge claims an excellent fourth.

Alex Márquez is the 2019 Moto2 World Champion thanks to a faultless performance at the Malaysian Grand Prix where he finished second after a race-long battle with title rivals Brad Binder and Thomas Luthi.

The result means Márquez is now an insurmountable 28 points ahead of Brad Binder with just one race to play. It is the 23-year old’s second World Championship success, after he won the Moto3 title in 2014.

Márquez is the third rider to win the Moto2 World Championship for Team Estrella Galicia 0,0 Marc VDS, after Tito Rabat’s success in 2014 and Franco Morbidelli’s in 2017. Incidentally all three riders celebrated their championship win in Malaysia.

In a great day for Team Estrella Galicia 0,0 Marc VDS, Xavi Vierge secured fourth place in the 18-lap race, his best result of 2019.

Alex Marquez
“I’m so, so happy and so thankful to the team. They did an amazing job and gave me the confidence throughout the season and especially this weekend. We came here after some hard races where I was struggling a lot. Today was a really tough race but we managed it in the best way. From lap one the front tyre was difficult to control. The grip was low but I managed the pressure from Luthi behind in the best way. He was pushing quite a lot. But we did a great race. I feel like I’m living a dream and I just want to enjoy this moment with the team.”

Xavi Vierge
“I’m really happy. Not only for the race, but our performance all weekend. In Australia we found a good base setting. We made a mistake in the race but we found the way. Here from the beginning we started in the same way and I felt really good. Working with the same bike all weekend I could improve my riding style. Finally I had the rhythm and in the race I tried my best. Fourth place and finishing close to the podium wasn’t bad. However today the most important thing is to congratulate all the team, especially my team-mate Alex Márquez. He’s had an amazing season and today he achieved his goal. Congrats!”