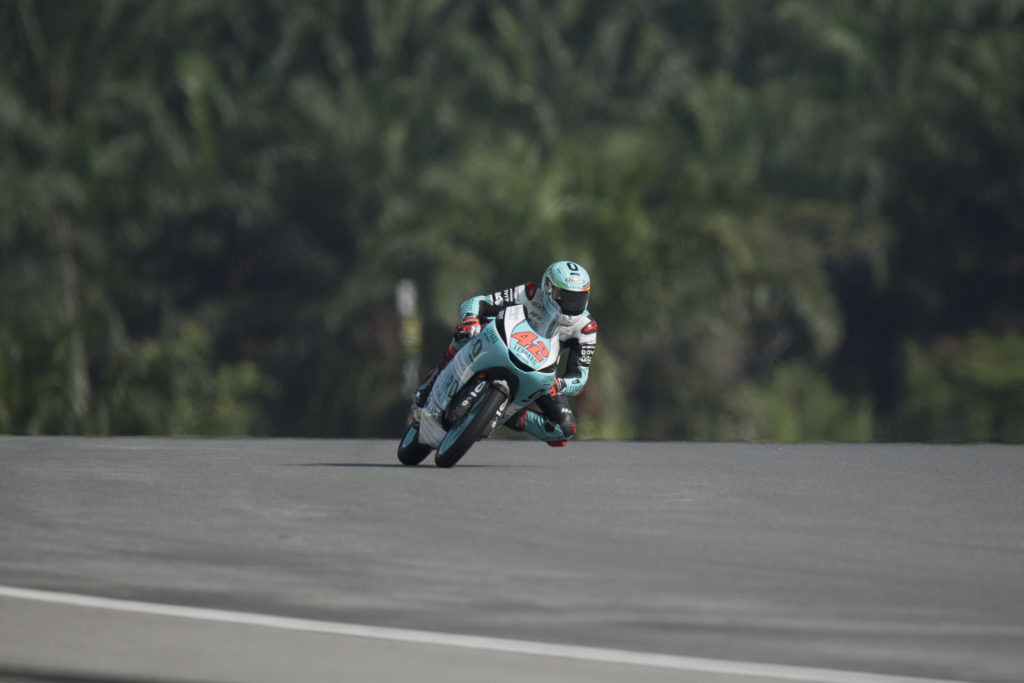 Marcos Ramirez crosses the line the 6th after some bad luck when he was fighting for the podium.

Marcos was being super fast and strong, but in order to avoid ending up on the gravel, he saw himself relegated to the 13rd position. In any case, he didn’t give up and finally crossed the line the 6th. He will keep fighting until the end for the runner-up spot of the final classification, as he’s the 4th on the standings (174 points) but mathematically he could still grab the second position.

It’s been another magnificent weekend for the Leopard Racing. Good practice sessions and another amazing victory in the pocket, as they say. The team right now has it all: a very fast and reliable bike, the Team’s title, Lorenzo’s crown, and if that wasn’t enough, the team counts on an amazing bond that links every single person to get those results. Team work makes the dream work. See you all in Valencia in two weeks time.

“I’m very disappointed after today’s result because I wanted to win and due to another rider’s mistake, I have lost many positions. I felt strong to fight for the victory and to grab as much points as possible. At least I haven’t ended up on the gravel and I’ve managed to finish in a decent points. I’m just disappointed, this has happened before in the past. Many thanks to the team because they always support me”.