Jerez readies to host second WorldSBK test ahead of 2020 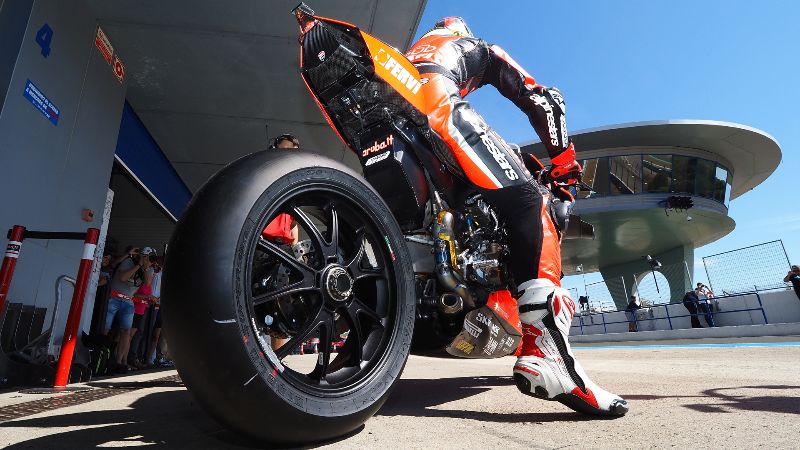 After the first test of the 2020 MOTUL FIM Superbike World Championship, riders and teams head south from Aragon and take to the Circuito de Jerez – Angel Nieto for more testing on the 28th and 29th November. With keen rookies, numerous Champions and some teams turning a first wheel ahead of the 2020 season, the Jerez test has much importance before the next WorldSBK campaign even begins.

Having topped the testing timesheets from MotorLand Aragon, the ARUBA.IT Racing – Ducati pairing of rookie Scott Redding and 2011 WorldSSP Champion Chaz Davies will look to repeat that feat at Jerez. Dialling in initial settings and getting comfortable with the bike, Scott Redding will look to continue his successful transition to WorldSBK at a track he knows well. On the other side of the garage, Davies will be eager to continue working on brake and riding positions in the forthcoming outing.

Over at the Kawasaki Racing Team WorldSBK set-up, Jonathan Rea had a strong opening day at Aragon before opting not to venture out on the second day. Ready to get back on track and begin his WorldSBK title defence in 2020, the reigning five-time WorldSBK Champion will aim to carry on perfecting and refining his set-up. New teammate for 2020 Alex Lowes will be back in Kawasaki colours and build on his first feelings from MotorLand Aragon, where he finished third on the final day.

With an international line-up at the Pata Yamaha WorldSBK Official Team, Jerez gives them another opportunity to make important steps ahead of 2020. At the end of play at Aragon, it was new-kid Toprak Razgatlioglu who was on top and the Turkish-ace will seek the continuation of what has been a positive change to Yamaha machinery. Over in the Dutch corner, Michael van der Mark will want to tame his teammate and get back ahead at Jerez, whilst both riders will be making their debut on the 2020 YZF R1 Yamaha.

Absent from the Aragon test, the Circuito de Jerez – Angel Nieto venue will provide the first glimpse of the 2020 BMW Motorrad WorldSBK Team, with Tom Sykes retained alongside newcomer Eugene Laverty. 2013 WorldSBK Champion Sykes had strong performances in 2019, consisting of four podiums and a pole position and will look to consolidate his front-running pace at Jerez. Eugene Laverty joins his third manufacturer in as many years and will look to utilise his versatility to find a good base setting from the off in 2020.

The fastest Independent team at Aragon was the GRT Yamaha WorldSBK Junior Team squad and they’ll look to be in the hunt at Jerez too. Despite never raced in Europe before, Garrett Gerloff finished ahead of his teammate at Aragon and will look to continue getting accustomed to Pirelli rubber, working on the exit of corners at a brand-new circuit. Federico Caricasulo was victorious at Jerez in WorldSSP in 2019 and has good memories of the circuit. Aiming to get back ahead of his teammate, Caricasulo will look to enhance his feeling with the Yamaha.

Other Independent teams joining the field at Jerez include the BARNI Racing Team with Michele Pirro, and not Leon Camier. Ten Kate Racing – Yamaha will feature Loris Baz as the Frenchman will turn a first wheel of 2020. Kawasaki Puccetti Racing will also return to action with Spanish rider, Xavi Fores, who makes his comeback to WorldSBK in 2020. Team Pedercini Racing will also return, with Jordi Torres and Lorenzo Savadori set to complete their first tests for 2020.

Puccetti Kawasaki also headline a raft of WorldSSP teams in action. They’ll be back on track after a recent Valencia test with WorldSSP rookie Philipp Öettl, whilst reigning WorldSSP Champion Randy Krummenacher (MV AGUSTA Reparto Corse) makes his debut for MV Agusta. Despite having a WorldSBK presence, Pedercini won’t be testing in WorldSSP.

Andrea Locatelli (BARDAHL Evan Bros. WorldSSP Team) makes his WorldSSP debut, whilst Kallio Racing are on track with Isaac Viñales and new signing, Hannes Soomer; Toth by RPM84 Yamaha are also at Jerez with Loris Cresson. The all-new Turkish Racing Team get their first taste of WorldSSP track time with Can Öncü, along with the EAB Ten Kate Racing Team of Steven Odendaal.

On top of all of that, Ana Carrasco will get to ride Jonathan Rea’s ZX-10 RR that she was due to ride at Aragon before conditions deteriorated.