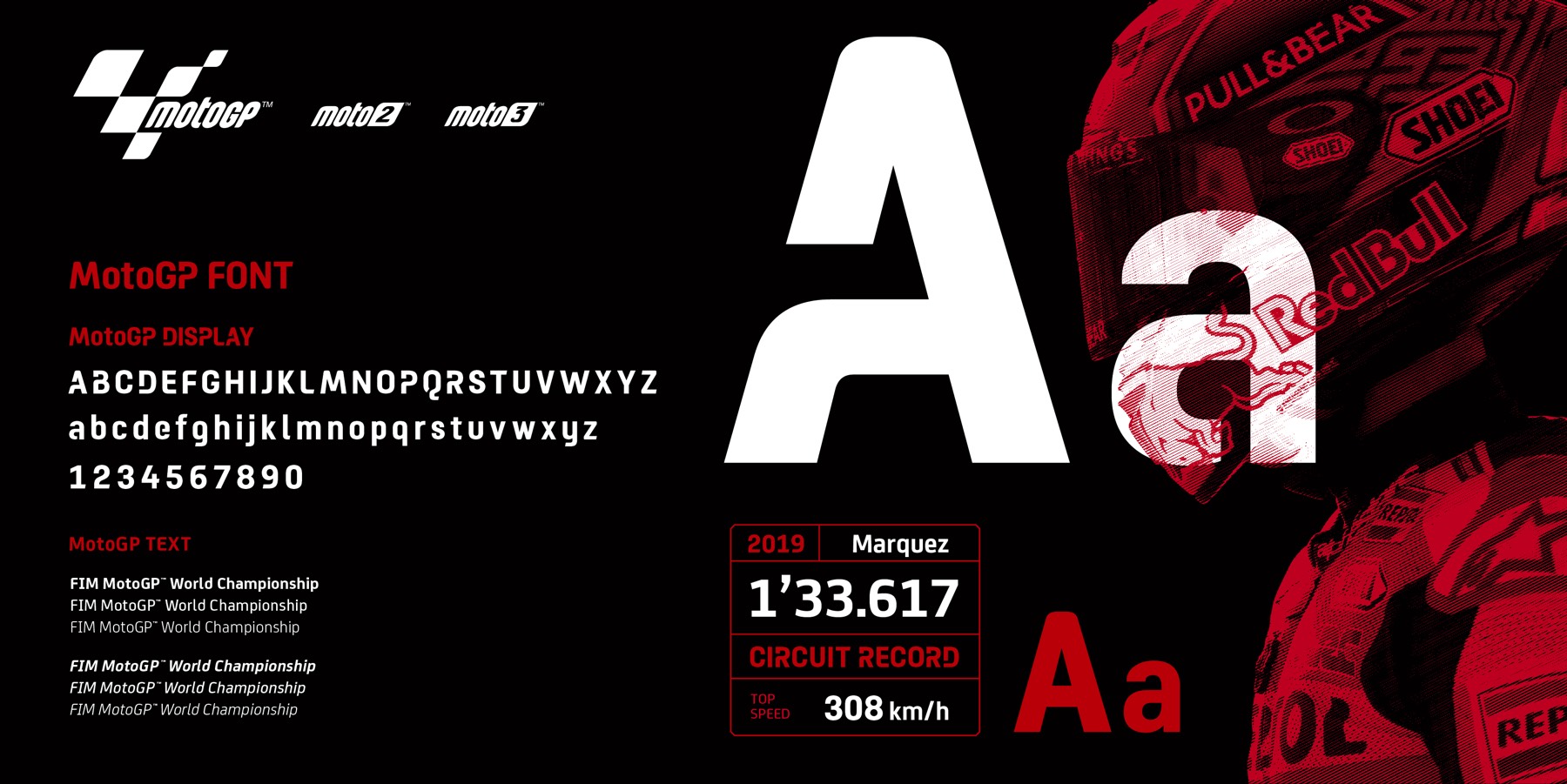 As web publishers and graphic designers, we’re very much in love with the new font that’s been developed for MotoGP…

The Fontsmith design team (now part of the Monotype Studio) collaborated with Dorna Sports to design an original, premium and charismatic typographic identity for MotoGP™. The goal is to reach the fan and transmit MotoGP™’s racing essence, investing resources in design, technology and communication. MotoGP™ is a global show broadcasted worldwide where the protagonists are the riders, the bikes, the circuits and the fans.

MotoGP™ uses a wide range of communication channels, with a focus on digital platforms and TV. The main goal was to capture the spirit of MotoGP™ and translate it into letterforms that would render perfectly on screen. The 2020 season now launches with a brand-new typographic system.

The new fonts are called MotoGP Text and Display, they channel the values of MotoGP™; remaining true to the essence of motorsport and focused on creating the best. They provide consistency both in terms of image and as a brand identity asset.

Having their own MotoGP™ typeface is a first step towards developing a new brand identity. The new typographical direction delivers a key component of the overall brand strategy; helping to reposition MotoGP™ and the sport as a global media and entertainment brand.

The inspiration in its creation came from circuit layouts and corners, with their open and final shapes and pointed diagonals that connect with the technological element of the competition. There are seven weights which could be extended in the future.

The consensus on the final decision was reached considering the specific needs of each of the departments involved such as media, strategy, graphic design and branding as well as the technological evolution.

Pedro Arilla, Creative Type Director, Monotype:
“Every custom brand typeface project starts as an exercise in how to encapsulate a brand voice in a typeface. MotoGP™ is a fearless, striking and fierce competition. Thus, the MotoGP font family must be spikey, angular, curved and sharp — an eclectic mix of visual mechanisms to trigger an absorbing medley of feelings. The typeface skeleton was drawn for on-screen optimal performance. To incorporate the MotoGP™ visual aroma into the design, we looked at the competition heritage and applied nuances of circuit design and open track shapes with a subtle curvy construction.” 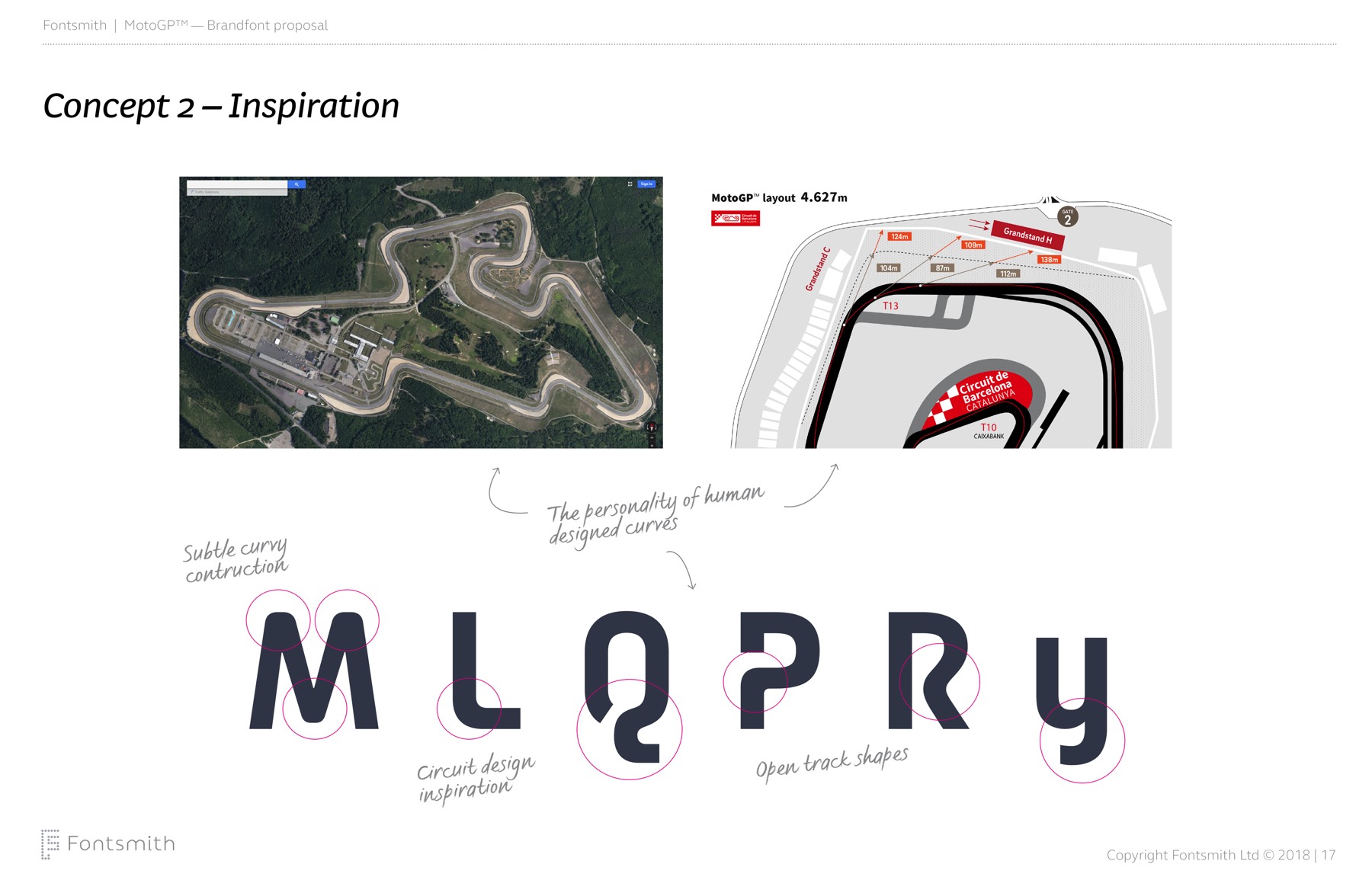