Industry news: Dorna CEO Carmelo Ezpeleta on the future, racing outside Europe and how the paddock could look in 2020 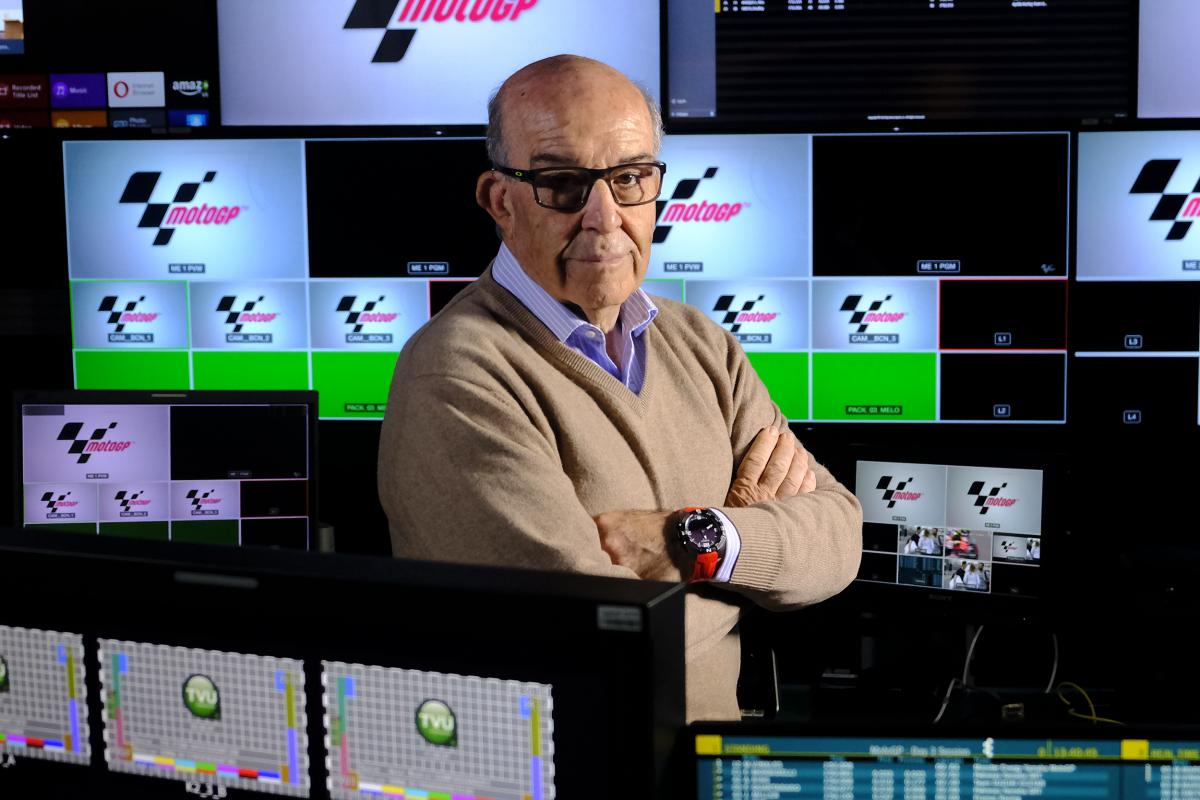 Dorna Sports CEO Carmelo Ezpeleta once again sat down with motogp.com recently, debriefing developments and outlining a glimpse of what the 2020 season may look like as we get closer to the possibility of getting back on track.

What is MotoGP™ working on now, and in the future more long term?

“We’ve had several fruitful meetings and especially had a very profitable meeting with the manufacturers, we presented the protocol to them before we presented it to the Spanish and later to other authorities. We agreed a few different things, we gave them the chance to explain to us what they think about different possibilities, it was very profitable and we also approved the number of engines depending on the number of races we will have this season, which was agreed unanimously by all manufacturers. We also talked about the necessities for the future, but it was essentially to get their view on the protocol and then later to approve the situation regarding engines in the 2020 season.”

Are there any updates on races outside Europe being held at the end of the season?

“This was something I explained in the meeting with them: the calendar we hope to present next week that starts, if everything goes well, on the 19th of July in Jerez. And the latest race on that calendar will be at the beginning of November, with 12 or 13 rounds. But races outside of Europe is something we need to decide, still. There will be a number of races presented – the four non-European races that have not been cancelled: Thailand, Malaysia, Americas and Argentina – for which we will search for approval and we have a deadline of the end of July to tell everybody if we continue with them or stop. After the first two races we will see if the calendar will be 12, 14 or a maximum of 16 rounds.”

We’ve seen riders back training and even a KTM test in Austria, what do you think of that as a sign of hope about the Championship getting closer?

“This is very good, the start of training! And when we knew that some circuits had the idea to let professionals start, we thought it was a very good idea. In fact, we knew for some riders that when they even had the change to do motocross and things like that, it was very helpful for all of them. I know they’re happy because the MotoGP riders haven’t ridden since the test before Qatar, and Moto2 and Moto3 since Qatar. It’s important to start and they’re all anxious to start again!”

What will the paddock look like this season? What special measures and controls will there be, and how will the teams prepare?

“We’ve made a very defined protocol, working together with the different Ministers of Sport in different countries we will visit, to have an idea from any of the countries what we can do. Then in principle, any rider coming to race will have a medical before, and if the doctor decides they need to have a test, they will do it before coming to the first race in Spain. Then later, before coming to the paddock, there will be another test, and then a protocol with control every day, plenty of things in the paddock and especially insulation between each team. We have also some measures for places to eat and everything, in principle, where people are coming from the hotel to the circuit, and circuit to the hotel. Obviously this is for how the situation is right now, if between now and July, the situation in any country is more flexible, we’ll allow for that. In principle we want to isolate the paddock from other things and there will be no connection between the permanent people working at the circuit and the MotoGP family. Finally, the MotoGP family will be around or less than 1300 people and we have increased by five the number of members of each manufacturer for the MotoGP class. The numbers for Moto2 and Moto3 remain the same as originally stated.”

Do we know any more about WorldSBK?

2020, coronavirus
Get All Our Latest News Sent Direct To Your Inbox
Join 25,265 other subscribers.
Follow on Social Media
Get the VROOM Podcast