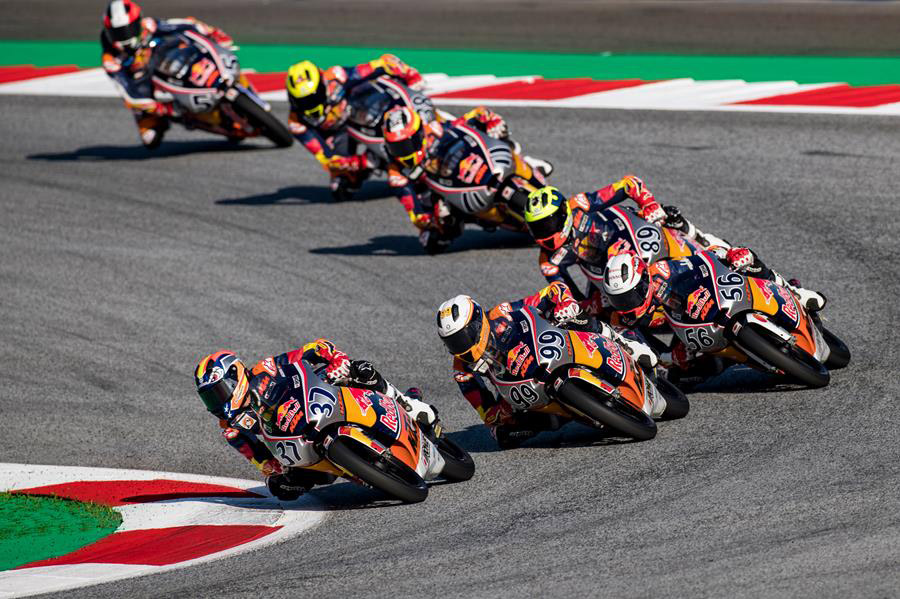 Finally the 2020 Red Bull MotoGP Rookies Cup season has wings and a 12 race season. With the ongoing support of Dorna as part of the Road to MotoGP structure, the fourteenth Cup season will begin with four races over back-to-back weekends at the Red Bull Ring following a three day preseason test at the same venue in the first week of August.

Alongside the other Grand Prix classes the double weekend theme continues with four races at Motorland Aragón in October and the remaining quartet in November at the Ricardo Tormo circuit in Valencia.

The twenty-six Rookies come from across the globe and are desperate to get on their KTM RC 250 Rs having shared the motorsport world’s frustration following the cancelation of the original test in Jerez in April and the delayed start to the season.