Marc van der Straten interview: “The start of the season won’t be easy but the team is ready and hungry” 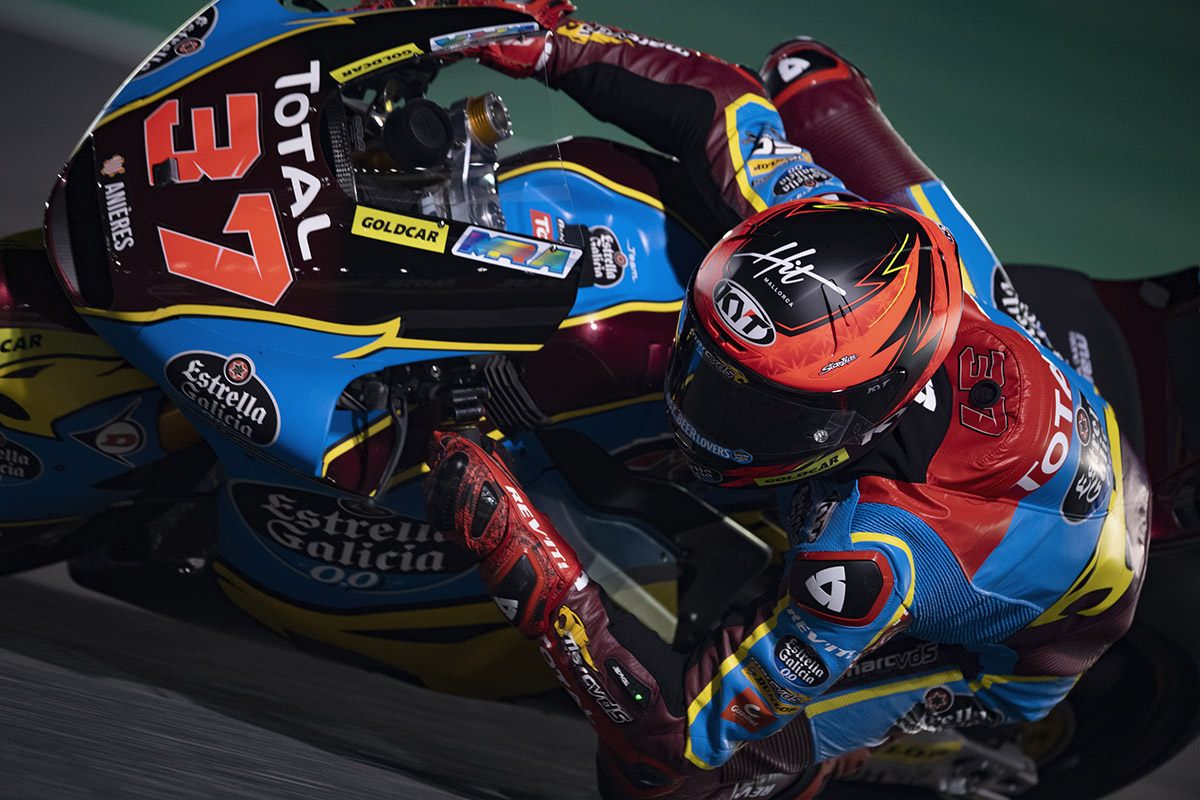 Team Estrella Galicia 0,0 Marc VDS owner believes it will be interesting to see the adaptability of riders and teams when the action gets underway in Jerez on July 19. The objectives of the team remain unchanged, with the message from Marc VDS being “give your best and aim for the best”.
After four months without any competitive track activity, the MotoGP World Championship is ready to return to the track with some significant changes. There is a heavily revised and reduced calendar with 13 races planned for MotoGP and 14 for Moto2 and Moto3. And for the time being, the races will take place behind-closed-doors.

It’s less than a month to go before racing resumes, so how did you receive the news?

“Although I knew about the steps that the organisation was taking to restart the competition, I received the confirmation of the new calendar and resumption of the Championship with immense joy. After four months without racing, our desire to hear the engines roar and to give everything on the asphalt has multiplied to the nth degree. No doubt it’s going to be a strange and different season, but it’s an important step forward in getting back the World Championship that we all know and look forward to. Undoubtedly, regaining the smile of riders, technicians and fans after these hard months is the best news.”

What do you think of the new calendar?

“It is true that it is not ideal and that it is far from what we expected at the beginning of the year. It is also true that the calendar may have been blank. I am very grateful for all the effort and work that Carmelo Ezpeleta and his entire Dorna team have put into making the best possible schedule under the circumstances. It is the task of titans to combine legislation and regulations from different countries, to ensure the safety of athletes and members of the paddock family by making difficult and unpopular decisions and to reinvent attractive competition, despite the continued uncertainty everybody is facing. But they have managed to do it and have presented a calendar with a total of 14 events so far (13 for MotoGP which did not participate in the Qatar GP) at eight different circuits. Moreover, the possibility of racing outside Europe has not yet been ruled out, which would be great news in every respect.”

It will be an unusual season…

“It will be very unusual, and the start will not be easy. There are many health measures and prevention at all levels, a limit on technicians in the teams, no audience, closed paddock, etc. It’s not a tasteful dish for anyone to have to work like this, but as I said before, we must stay with the positives and see it as the first step in returning to normal. On the other hand, it will be interesting to see the adaptability of riders and teams to this new situation, such as repeating races on the same track (Jerez, Austria, Misano, Aragon and Valencia will host races in two consecutive weekends). You’ll see who has the ability to learn from a Grand Prix and implement improvements immediately on the same stage one week later.”

The competition starts with the Paddock closed and no audience. What’s your view on that?

“You could say it’s like selling caviar in a cardboard box. It’s a real shame that we can’t count on the presence of the public cheering on the riders from the grandstands and that the usual bustling paddock will be practically deserted. But first things first, and in this case it’s everyone’s health. Let’s hope the situation improves and we can finish the season enjoying that unmistakable atmosphere in every corner of the tracks.”

The MotoGP World Championship is back, but so is the FIM Enel MotoE Cup.

“And that’s great news. Furthermore, in this case the format and timing will be very similar to what was originally planned. Continuing to support this young electric motorcycle championship is essential. We enjoyed it very much last year and will certainly do so again this year.”

How is the team?

“The team and all his members are doing very well. We are eager to return and continue with a season we had prepared thoroughly for. Technicians and riders have worked during these months to get in the best possible shape when the time comes to return to the track. They’re hungry and they want to go for it. They are ready to recover sensations and that special relationship between man and machine that has allowed us to reap so much success.”

Is the objective still the same?

“No doubt about it. Our goal remains unchanged: to give our best and to aspire to giving our maximum. We want to add podiums and wins and why not, a fourth Moto2 title. However, at times like these, with everything that has happened on a global level, getting a smile back and making all the fans of this fantastic sport happy by doing what we know best is already a great motivation. And if we then smile for the pleasure of achievement after a job well done, it will be wonderful.”

Do you place the same value on competition?

No. It’s not the same value, it’s a different one. A lot of things have changed and so will this Championship. Fewer tracks, fewer races, also less room for mistakes, more intensity and perhaps more equality. It will be a different value, but the champion will be champion. And that’s what riders and teams in all categories will be chasing.

In these complicated situations you can understand the importance of support from valued partners, how have they been?

“I have always argued that our sponsors are much more than just sponsors. They are our partners, they are true fellow travellers, friends of unshakable conviction. And I will add that they are the best that one would want to have. In spite of the storm and the bad sea, they haven’t jumped off the boat. They have stood firm and offered their invaluable support. They have shown a great sense of loyalty and responsibility to all cats. I have nothing but words of praise and appreciation for them.”

2020
Get All Our Latest News Sent Direct To Your Inbox
Join 30,253 other subscribers.
Follow on Social Media
Get the VROOM Podcast