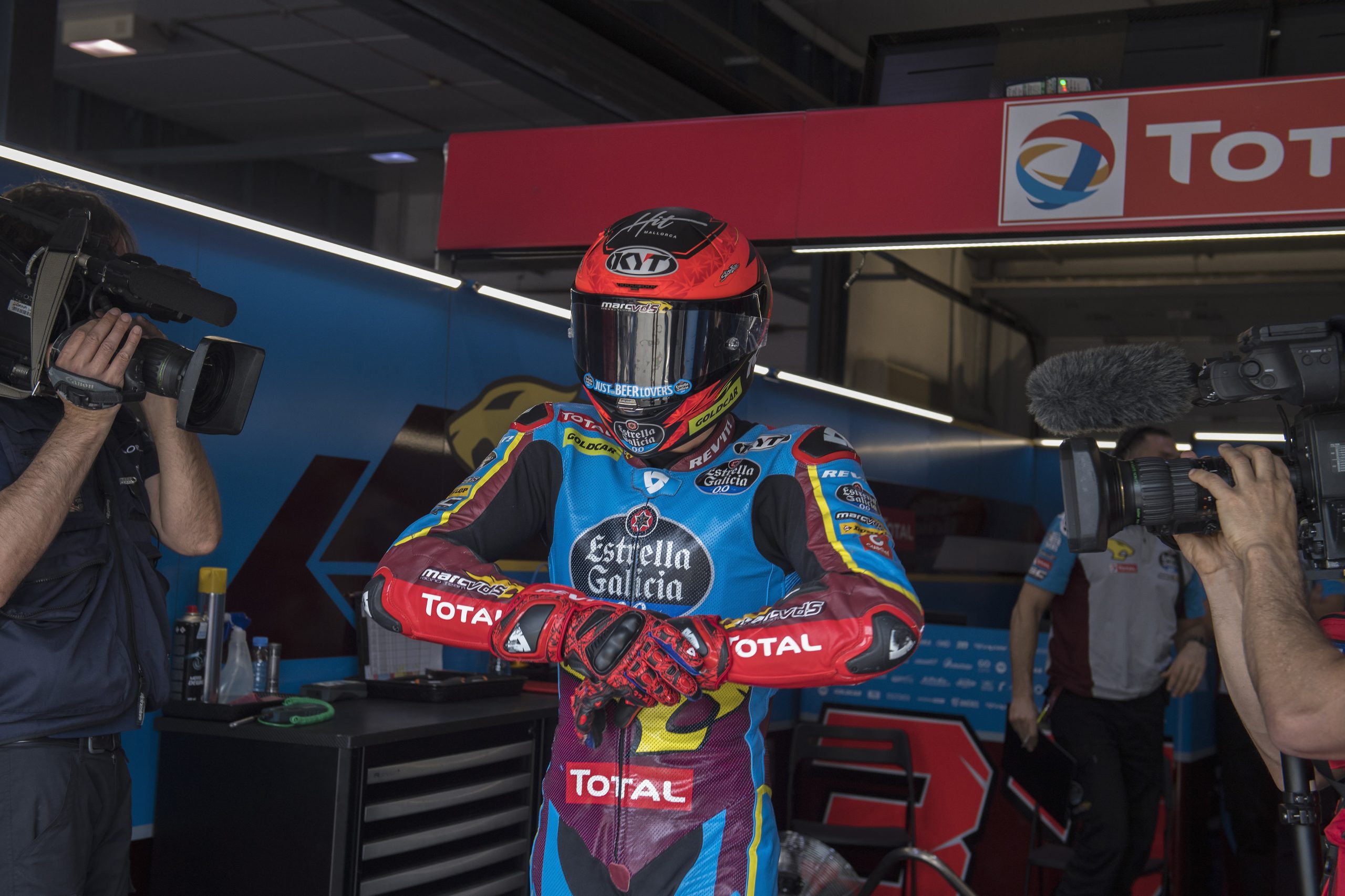 Team Estrella Galicia 0,0 Marc VDS riders are full of enthusiasm and motivation ahead of the resumption of the World Championship. In a shortened campaign with no room for error, Augusto Fernandez will be fighting for results that will allow him to challenge for the title…

How are you facing the imminent return to competition?

Augusto Fernandez: “I’m really happy to be back racing, back in competition working with the team and giving my all on my Kalex. I’m looking forward to it.”

What do you think of the new calendar?

AF: “Obviously it’s very different to the usual one. Especially because of the reduction in the number of tracks, which means we have to repeat venues, but also because of the fact that we run so many weekends in a row. In any case, it will be the same for all of us, so we will adapt as best as possible to it. I want to start so badly that I would have raced again in any format. The important thing is to be able to race again!”

For now, there are eight confirmed circuits, Jerez, Aragón, Barcelona, Valencia, Le Mans, Misano, Spielberg and Brno, do you like them?

AF: “I really like them all, and they have been good for me so far. I have more problems in Brno and Austria, even though I’ve made a top five at both. So, we will have to be especially careful in those tracks.”

How do you think back-to-back races on the same track will affect the racing?

AF: “On one hand, I think it will favour equality and on the other hand, it will open up the possibility of solving problems because by the second weekend we will already have accumulated a lot of laps. I think in a positive way, so if you have done well the previous weekend it is perfect because you start with a good feeling again in the same place. And if you have done badly, it is also perfect because you can turn it around with all the information gathered in the previous race.”

What do you think about racing without an audience in the stands? Will you notice it, and will it affect you a lot?

AF: “It’ll be weird. On the bike we are so focused on riding that we can’t pay too much attention to the environment, it’s very nice to start and finish the practice sessions and races greeting the crowd. At that moment you really feel their presence and support a lot. We will certainly miss the fans. It’s another thing we’ll have to adapt to.”

How would you rate your fitness ahead of the season?

AF: “I feel very good and strong in every way. I am training very hard to get to 100% in the first race physically, technically and mentally.”

Going into more detail, how have you prepared yourselves physically for this moment?

AF: “During the lockdown I followed some pretty strict physical routines to keep in shape. We didn’t know when everything would return, so it was important to keep in good shape. Also, I train a lot with the bike as well to gain in endurance. Since I was able to get on a bike, I have been doing motocross and track work with a Kawasaki 400cc in karting. Although the sensations are not the same as the ones we have competing, it is a very demanding job as well as fun.”

And mentally? It will be a season in which there won’t be room for too many mistakes…

AF: “I haven’t done any particular work thinking about that, but I have become aware of the type of season we will be facing. There is no room for error, and we are already dragging the zero from Qatar. We will have to be very focused this season and above all keep control of our emotions.”

Bearing in mind that you can’t ride your official race machinery, what are you going to focus on for final preparations?

AF: “I will continue with my usual routine, bike or gym in the morning and train with the bike in the afternoon. We have already done a test with the team to recover sensations, reflexes and speed and there are a couple more planned before going to Jerez.”

What is your objective for the season? Is it still the same as it was in March?

AF: “Yes. Our goal then was to fight for podiums every weekend and now it is still the same. We are going to give it our all to get into the fight for wins and the title.”

interview
Get All Our Latest News Sent Direct To Your Inbox
Join 30,292 other subscribers.
Follow on Social Media
Get the VROOM Podcast