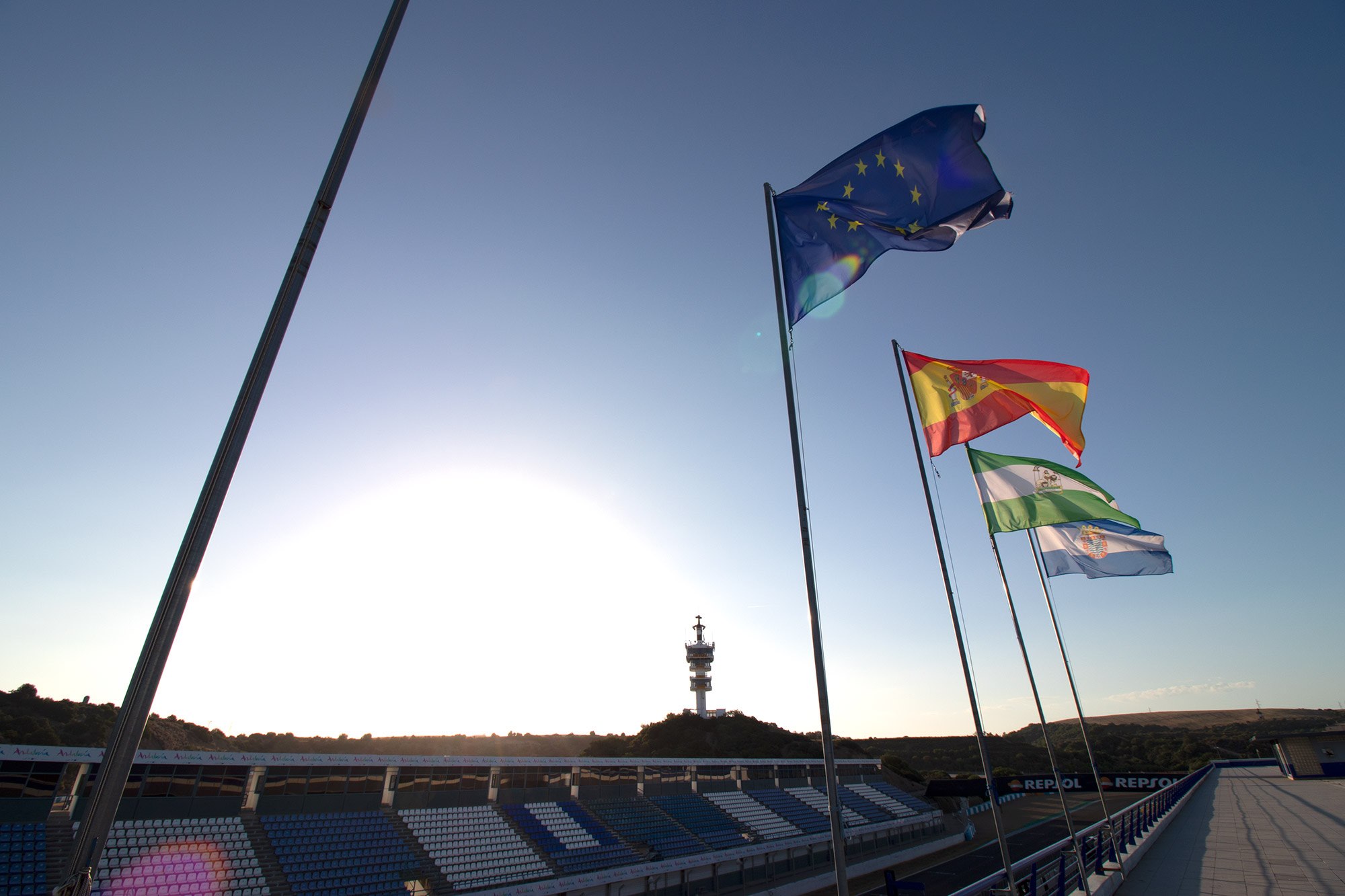 It’s finally time to start getting excited about MotoGP racing again, after what feels like (and quite possibly was) the longest ‘winter break’ ever! Obviously it hasn’t really been a winter break – it’s been a delayed season start due to the on-going Covid-19 pandemic, and though the season is getting underway this weekend at Jerez, it will surely feel different.

There will be masks, social distancing, and disappointingly for many – no fans at the circuit. But, fans at the circuit or not, this race fan is just happy to see some actual MotoGP bikes racing. It has been so long! I’ll happily sit myself down and watch free practice, qualifying and races from the comfort of my own couch. Sure the atmosphere won’t be the same, and I won’t be able to take photographs as the bikes whizz past me, but at least there will be racing. And I’m sure that most fans will be happy to do the same.

There has been plenty to keep us occupied during this extended break – from MotoGP dot com posting vintage races in full for us to watch to some riders taking part in virtual racing. The whole virtual racing thing seemed to divide fans – some thought it was great; at least there was some kind of racing on a Sunday. Others were quick to take to Twitter and Facebook to complain that this wasn’t real racing, and that we were just watching a bunch of grown men playing a video game. Personally, I didn’t mind it – it was a way to kill a few hours on a Sunday, and to be honest it was funny watching the riders wind each other up!

As we prepare for the new season to get underway, it is worth looking at the new look calendar that Dorna has put together for the 2020 MotoGP championship. There will be a one day test at Jerez in Spain on Wednesday 15th July which will allow all Moto 3, Moto 2, MotoGP and Moto E teams to get some track time before the season kicks off with back to back weekends at the Jerez track on the 19th and 16th of July. The paddock will then have a weekend off before heading to the Czech Republic for the Brno round of the championship on the 9th of August, followed swiftly by two consecutive rounds at the Red Bull Ring in Spielberg, Austria on the 16th and 23rd of August.

Following a full two weekends off, action will resume with two rounds at Misano on the 13th and 20th of September, and the paddock will head straight to Spain for the Catalunya race on the 27th of September. Le Mans will be the next destination, with the French round being held on the 11th of October before back to back rounds at the Aragon circuit in Spain on the 18th and 25th of October.

The season will then conclude – if the fly-away rounds in Argentina, Malaysia and Thailand do not take place – with two consecutive rounds at the Ricardo Tormo circuit in Valencia on the 8th and 15th of November.

The races outside of Europe are to be confirmed before the end of July, and if they do go ahead, that will see the season run until around the 13th of December.
According to MotoGP dot com, ‘all dates, events and the eventual attendance of spectators are subject to the evolution of the pandemic and the approval of the corresponding Governments and authorities.’ So, let’s keep everything crossed that we get to see the season play out.

One of the highlights of this extended break has been the so-called ‘silly season’. With no actual racing happening, journalists and fans alike have had the opportunity to look at who might go where following the conclusion of this season. There were of course some riders confirmed in teams before the season was due to start, but these last few months have seen more confirmed moves, and lots of speculation about others.

Confirmed on the 2021 MotoGP grid is of course Marc Marquez who signed a four year deal to remain with Repsol Honda. His team mate however was the cause of much speculation with many believing that Pol Espargaro would join the team, and with his departure from the KTM factory team confirmed recently, this was looking more and more likely, and was finally confirmed this week.

That leaves the younger Marquez out of the factory Honda team before he has even turned a race wheel, however a move to the LCR Honda team will see him compete on factory machinery for the 2021 and 2022 seasons, and to be honest I think the chance to refine his craft away from the spotlight of the Repsol team and being both Marc’s team mate and younger brother will do him the world of good. HRC also confirmed the departure of Britain’s Cal Crutchlow after six seasons. Speculation has him taking the seat vacated by Andrea Iannone’s substance ban at Aprilia. Iannone’s seat has been filled – for the first two rounds of this season at least – by another Brit in Bradley Smith who makes the jump back up from test rider to racer.

Over at Ducati, there have been some confirmed changes, and a few rumours too. Jack Miller will make the step up from Pramac Ducati to the Factory Ducati team, taking the seat of Danilo Petrucci who moves across to the Red Bull KTM Tech 3 team for 2021. As he recovers from surgery for a broken collarbone sustained while racing MX, Andrea Dovizioso is yet to be confirmed as a Ducati rider for next season, and as it stands talks seem to have reached a stalemate. His manager stated recently that if the right deal doesn’t come along – from Ducati or another manufacturer – Dovizioso would wait for it, and that might mean taking a season out and negotiating a deal for 2022. There is also the possibility that Jorge Lorenzo could take that seat, with some reports suggesting that he is in talks to re-sign with Ducati should Dovizioso decide not to.

But what of Valentino Rossi? We know that back in January it was announced that Fabio Quartararo would be alongside Maverick Viñales in the Monster Energy Yamaha team for 2021, and The Doctor himself stated that he would like to make a decision after the first ‘five or six’ races of this season. The delayed start to the season has thrown a spanner in those works, but the Italian has said that he is keen to continue into 2021, hopefully remaining with Yamaha.

Then the rumour mill went into overdrive on Friday morning, with many reporting that Valentino Rossi has now signed for the Petronas Yamaha team for 2021 with an option to continue into 2022. There has been no official word on this, but Italian media suggests that an announcement will be made during the first race weekend at Jerez. We will have to wait and see!

2020, jerez
Get All Our Latest News Sent Direct To Your Inbox
Join 30,271 other subscribers.
Follow on Social Media
Get the VROOM Podcast
Download our Vroom.GP App