Alberto Puig interview: “Marc has nothing to regret” 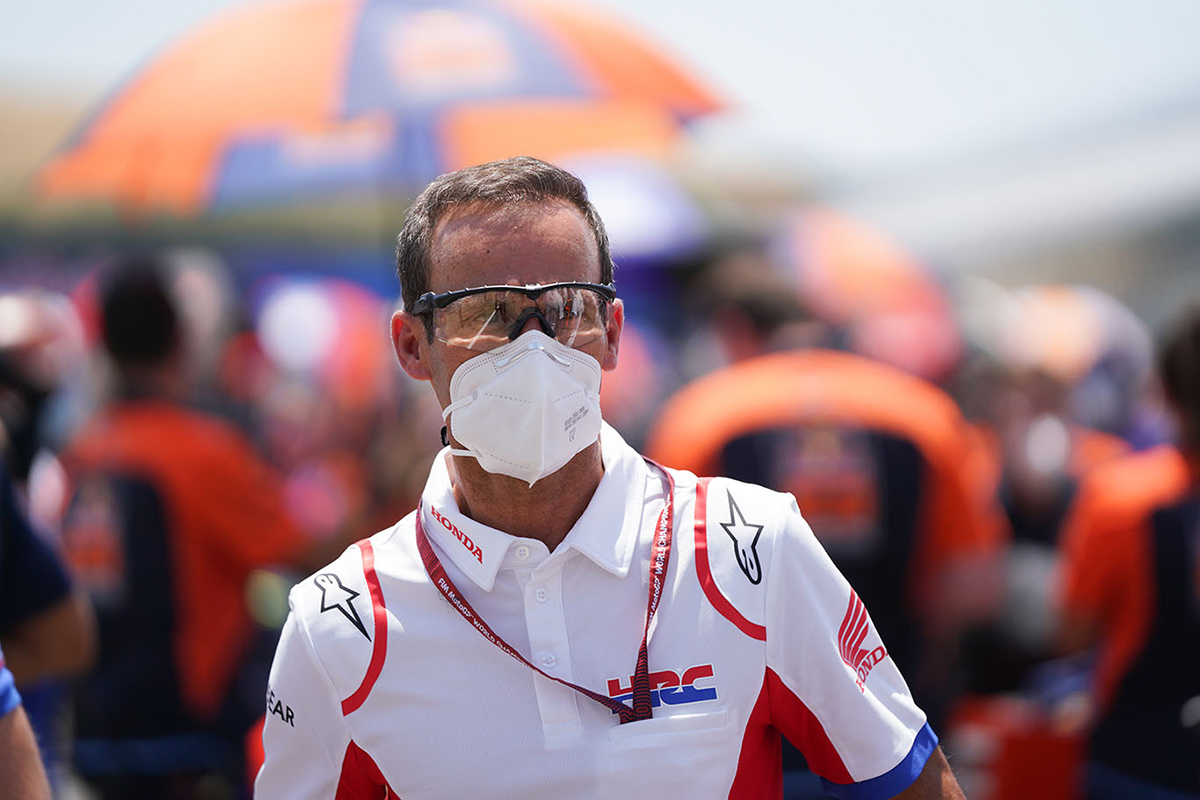 The first round of the 2020 season, the Spanish Grand Prix, saw a momentous comeback by Marc Márquez which ended with a big crash, requiring him to undergo surgery on Tuesday morning. On the other side of the box, teammate Álex Márquez claimed his first four points on his MotoGP debut. Alberto Puig, Team Manager of the Repsol Honda Team, analyses the first weekend spent at the Circuito de Jerez – Ángel Nieto.

What was the strategy for the Jerez race?

“The strategy was to make a good start when the lights went out and try to go on to lead the race from the front. This is what was happening until Marc had a moment and had to run off track early in the race. We were not expecting this. Álex’s priority was to finish the race and his second priority was to finish near the group of riders ahead of him fighting for points. It’s a good result for his first race and all of us in the box are pleased for him.”

“Well, the negative point is clear. Marc is injured. This is really a negative. When you have an injured rider almost nothing is positive. But on the other hand, everyone saw and understood the level of Marc today. In Qatar some people doubt about Marc’s performance. Today it’s more than clear that there is no question mark about this. His package, Honda RC213V and himself, are clearly two steps ahead. He was not just a bit quicker, he was much faster than anyone else. And the difference; like it or not is still growing year after year.”

The view from pit wall during race?

“When Marc ran off track it took him two laps to get his concentration back again. But we saw he was going to catch the riders ahead. If there were 4 or 5 more laps he could have caught Quartararo as Marc was a second a lap faster. We know what type of rider we have. Today, once again, he showed who he is to everyone. But now he is unfortunately injured, and he has to take rest, try to fix his arm and when he is ready, he will return to fight for victory again. These things happen when you are Marc Márquez, he does exceptional things. There is nothing for him to regret, only to show once again that all our team has tremendous respect and admiration for what he does.”

Inside story apart from official comments?

“It’s been a very strange weekend without people in the grandstand and in the paddock, but we have adapted to this worldwide situation. The organiser did a good job with the protocol against Covid-19. Everybody follows the rules and we are all safe so far in the paddock. The Repsol Honda Team and HRC did well to prepare everything and change our routines where we needed to, we followed the instructions from Dorna. I want to again thank all our partners, friends and the people that follow for their support during this period without racing. Now we are facing the­­ challenge of Marc’s injury, but this is racing, we are a strong team and somehow, we will overcome.”

alberto puig, interview
Get All Our Latest News Sent Direct To Your Inbox
Join 25,261 other subscribers.
Follow on Social Media
Get the VROOM Podcast