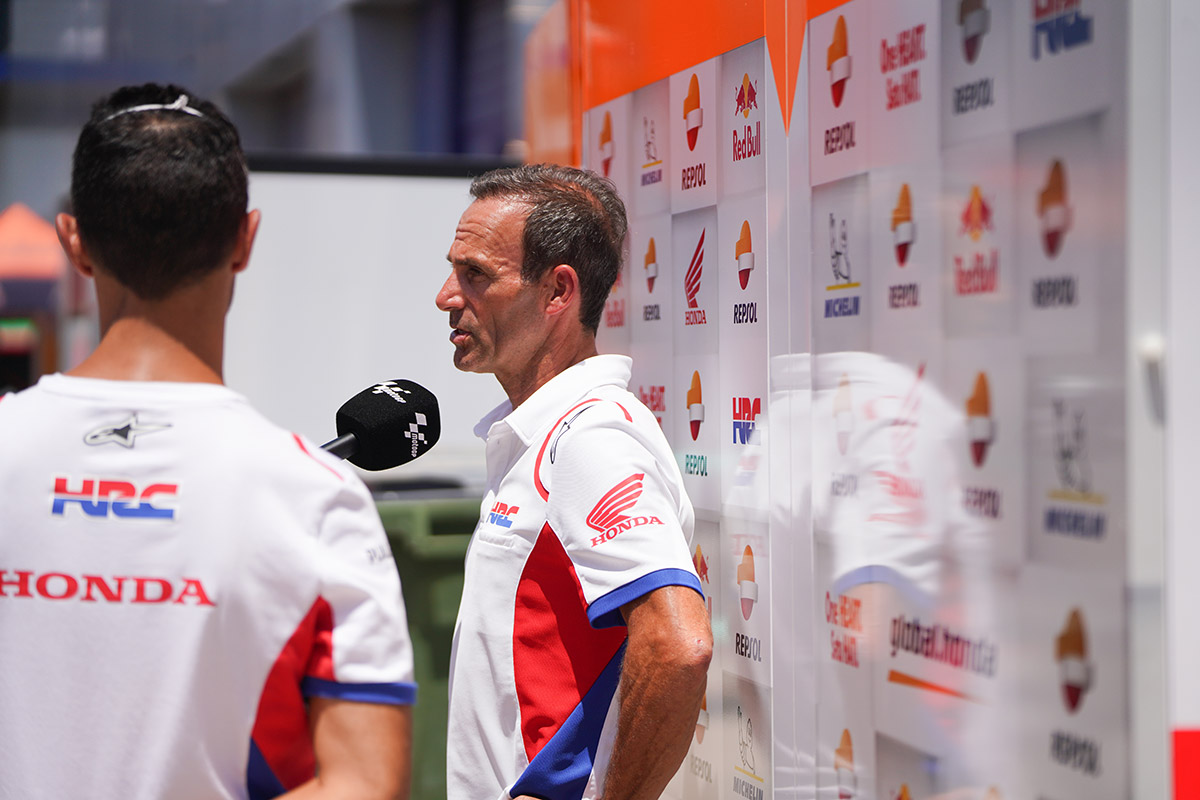 The second round of the 2020 season ended with Álex Márquez crossing the finish line in eighth position, claiming eight points. The Repsol Honda Team rookie is eighth in the overall standings and continues to progress and meet his targets. Marc Márquez, who was absent from race day action at the Andalusian Grand Prix, will try to return at the next round on the calendar: The Czech Grand Prix at Brno, in a fortnight’s time.

What was the strategy for the Andalucia GP?

“The strategy was not what we had expected. Marc Márquez had an injury, he wanted to try and ride after passing the medical check. But unfortunately, finally we have decided together it was better to stop because the pain in his arm was too much. We were already in agreement to avoid taking more risks. He followed what his body told him and from Honda’s point of view, we never push a rider to race or do something they do not feel comfortable with. We are very grateful for him coming to Jerez and trying. We gave him the chance and we did what was the best for everyone involved.
About our rookie Álex Márquez, he did a really good job. The target was to finish the race and reduce the gap with the leader. Last week this gap was 27 seconds, this time it was only 19, this is nearly 8 seconds gained, it’s a lot – especially given the conditions. He had a good pace, but he still needs to understand the bike with new tyres. From our racing and technical point of view we are very happy because he is learning and understanding every race at a good speed. Not crashing is helping him to make more steps and be faster each time he gets on the bike.”

“The negative is Marc’s injury. This is reality unfortunately. But in life you need to think positively, it could be even worse. The positive thing is that Marc, whatever happens to him, has the courage to overcome it and his spirit is always to try the maximum. This is something you cannot learn in life, you have it or you don’t. We know it is always there and it gives us a lot of motivation to work for him.”

The view from pit wall during race?

“This time it was different on the wall without Marc in the race. He is almost always in front and it was the first time he missed a MotoGP race since he started in the premier class. We have to accept it in and try to overcome it for the future and this is what we will do. The rider is already thinking about being fitter and the Repsol Honda Team is ready to go to Brno and the other two races in a row after. When you fall you need to stand up again!”

Inside story apart from official comments?

“This Covid story and situation has been very strange, and especially for the Japanese members in our team. They have to be away from home for a very long time and we appreciate their sacrifice. They will stay a long time in Europe between the races. It’s not easy for anyone and it’s part of our job. In one week, we will transfer to Brno and then two races in Austria and continue with our plan. We hope that Marc is feeling better there and that the MotoGP community stays as safe as we were here in Jerez. We have controlled the situation so far and we would love to keep on racing.”

alberto puig, repsol honda team
Get All Our Latest News Sent Direct To Your Inbox
Join 25,261 other subscribers.
Follow on Social Media
Get the VROOM Podcast