Idemitsu Asia Talent Cup cancelled for 2020, to return to racing in 2021 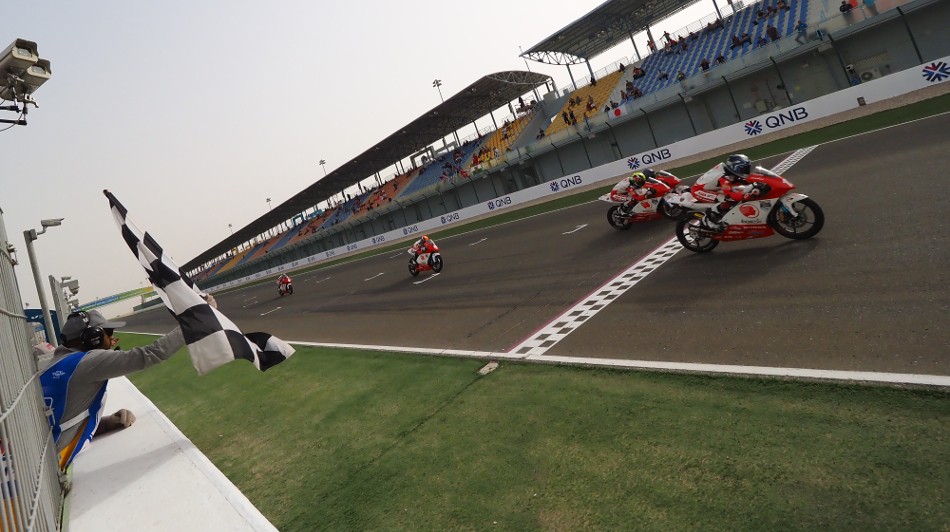 Both events were set to host a round of the Idemitsu Asia Talent Cup, and the cancellations of the two Grands Prix also oblige the cancellation of the corresponding ATC rounds at the same events.

The previously postponed ATC Round alongside ASBK, set to be held at The Bend Motorsport Park in Australia, will also not be able to take place in 2020, as Australian borders are expected to remain closed until the end of the year.

The previously postponed Malaysian ATC Round alongside MSBK, set to be held at Sepang International Circuit, would therefore be the only event remaining from the original 2020 calendar. However, due to travel restrictions for staff and riders who travel from across Asia and Europe to each ATC event, this round must regrettably also be cancelled.

Therefore, the 2020 ATC would only consist of the single round that has already taken place at the Grand Prix of Qatar in March. Given it is only two races, this cannot be classed as a full ATC season. Consequently, FIM Asia and Dorna sadly announce that the 2020 Idemitsu Asia Talent Cup must be cancelled.

However, every rider who was set to compete in the Cup this season will automatically have an available spot on the 2021 grid. Any remaining places in the 2021 Cup will be filled by riders from national championships or racing schools across Asia and Oceania, with competitors chosen by the ATC Selection Committee. This is due to the fact that the 2021 Selection Event, set to be held before the Malaysian GP in October at Sepang, cannot take place this season.

A 2021 Idemitsu Asia Talent Cup calendar will be announced following publication of 2021 dates or calendars for the Championships alongside which the ATC often race, such as MotoGP™, MSBK and ASBK.

In 2020, the focus for the riders will now move from on-track battles to virtual workshops aimed at improving some important skills off the bike. These CHAMPS Virtual Workshops focus on communication and social media, as well the importance of the English language for those who are not native speakers. The first two workshops took place mid-July, with more organised for the coming weeks as the grid gear up for 2021. The ATC will also continue to have a vibrant presence on social media, and the homepage of the Cup will continue to publish updates on current events, as well as showcase the best of the ATC and some of the closest racing on two wheels.

The organisation of the Idemitsu Asia Talent Cup has reached out to thank all the partners, sponsors and people who make the ATC possible. One of the most successful paths on the Road to MotoGP™, the Cup has already helped to foster some incredible talents that now line up in the Moto3™ and Moto2™ World Championships, with pole positions, podiums and Grand Prix wins to their name.

asia talent cup, coronavirus, covid
Get All Our Latest News Sent Direct To Your Inbox
Join 25,261 other subscribers.
Follow on Social Media
Get the VROOM Podcast