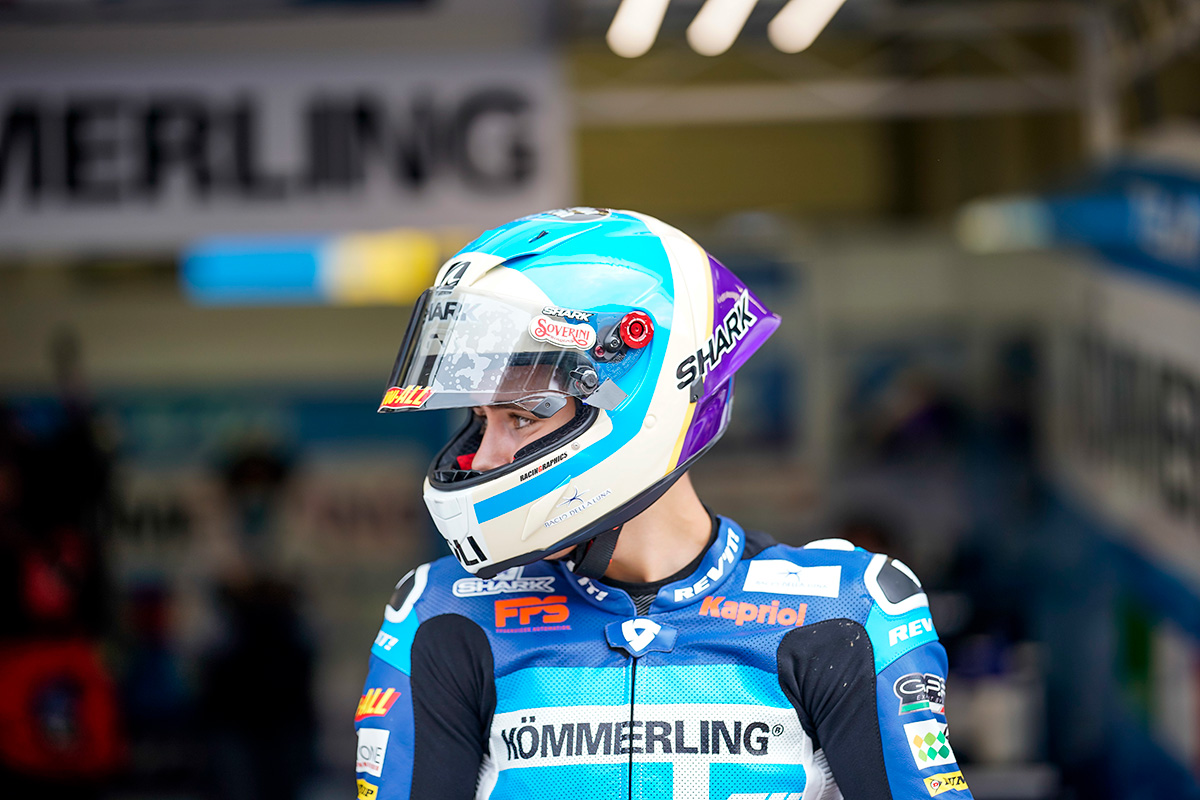 Gresini Racing’s organisational machine never stops and despite a still very long season ahead – which will draw to a close on November 22nd at Portimão – the ‘early’ news is that Jeremy Alcoba has been confirmed for 2021 in the Moto3 Team.

The Spanish rider, who started his journey with Gresini Racing in 2019 as substitute rider for the then-injured Gabriel Rodrigo at Spielberg and Silverstone, after five races in 2020 has already showed he can be among the biggest revelations in Moto3 and a candidate to the ‘Rookie of the Year’ award.

The numbers put together so far, combined with the incredible professionalism of a 18-year-old (turning 19 in November) has made the contract extention something absolutely natural. At the moment, Alcoba lies 12th in the standings with 30 points and a seventh place as best finish (scored in three separate occasions).

JEREMY ALCOBA #52
“I’m absolutely over the moon for the fact that a team like Gresini Racing has chosen to bet on me for next year as well. I must admit that it is sort of ‘liberating’ as I can now ride with less pressure, at least from thi point of view. It’s obvious that this first year is a learning experience: we are working well and things are going the right way, but in 2021 we will try to raise the bar a bit, even though this shortened season is not helping ahead of the next one.”

FAUSTO GRESINI – TEAM MANAGER
“I must admit that Jeremy is a talented rider and very methodical from one side and a very nice guy on the other – which is something that cannot be given for granted. The results so far in 2020, in such a difficult and competitive category like the quarter-litre class one, are backing up the choice we made to invest on his and the contract extension for 2021 was a pure formality. I’m absolutely convinced that Jeremy’s potential is huge, and I hope he can be an integral part of our sporting plans for a long time.”

jeremy alcoba
Get All Our Latest News Sent Direct To Your Inbox
Join 30,292 other subscribers.
Follow on Social Media
Get the VROOM Podcast