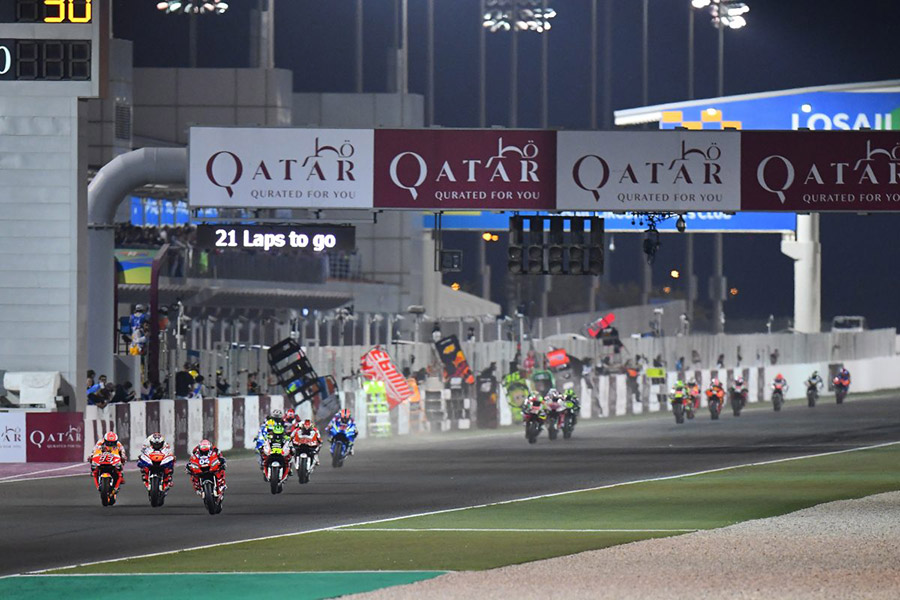 An intensive programme over the winter break has seen Michelin make further improvements to its tyres for the MotoGP™ World Championship. Despite the challenges posed by the Covid-19 pandemic, Michelin Motorsport’s development experts have responded to Dorna Sports’ call for technical stability by building on the range’s existing strengths, with the accent on fine-tuning the tyres’ respective casing/compound pairings. The result is a more streamlined and more versatile range for 2021, along with greater consistency, in perfect keeping with the brand’s ‘Grip made to last’ pledge.

The official test sessions earlier this month saw Michelin complete its groundwork and preparations ahead of this year’s MotoGP™ World Championship which will kick off with two grands prix under the floodlights of Qatar’s Losail International Circuit. With assistance from the state’s government, and in compliance with strict sanitary measures, Dorna Sports has effectively succeeded in organising back-to-back races there, beginning with the Barwa Grand Prix of Qatar on March 28, followed by the Grand Prix of Doha on April 4. In keeping with the tradition that gives the action in Qatar its unique flavour, both clashes will take place after nightfall.

Because of its desert location and the frequent presence of wind-blown sand on the track, Losail International Circuit’s surface is notoriously abrasive and tends to become more slippery as grip levels drop off due to the cooler temperatures encountered after sunset. However, the ability of Michelin’s MotoGP tyres to take these characteristics in their stride has contributed actively to the setting of new fastest-race-lap, shortest-race-duration and top-speed records for the 5.380-kilometre circuit.

MICHELIN Power Slick tyres: SOFT (white sidewall markings), MEDIUM (no markings) and HARD (yellow markings) front and rear. The SOFT and HARD fronts are symmetric, while the MEDIUM front and all three rear options are asymmetric, with a harder compound for the right shoulder due to the circuit’s 10 right-hand turns, compared with just six left-handers. The tyre allocation has also been adapted to the characteristics of the track. Each rider can choose a maximum of 6 SOFT, 5 MEDIUM and 4 HARD tyres for the front and rear.

In the case of poor weather, and subject to their use being authorised by Race Control, SOFT (blue sidewall markings) and MEDIUM (no markings) front and rear MICHELIN Power Rain tyres will also be available (asymmetric rears).

“I am very proud of what Michelin Motorsport’s teams in Clermont-Ferrand and on the ground have achieved. In spite of the difficult circumstances they had to contend with, and working within the existing technical framework, they have succeeded in building on the experience we acquired in 2020 to revisit our MotoGP range in depth. Our pre-season test programme saw us meet our development targets and the results are extremely encouraging. They mean we will be able to provide the riders with a range that is both more streamlined and more versatile, and that in turn will facilitate their bike set-up work. We have also improved consistency by a move to slightly harder compounds, while at the same time maximising grip and overall performance. These gains were praised by our partners at the pre-season test in Qatar where our tyres played a part in the establishment of two new MotoGP records for Losail: that of the fastest lap for the track – which was the work of Ducati Team’s Jack Miller, with a time of 1m53.183s – and that of the highest speed ever reached there when Johann Zarco’s Pramac Racing Ducati was clocked at 357.6kph down the main straight!”

michelin, qatar
Get All Our Latest News Sent Direct To Your Inbox
Join 30,292 other subscribers.
Follow on Social Media
Get the VROOM Podcast