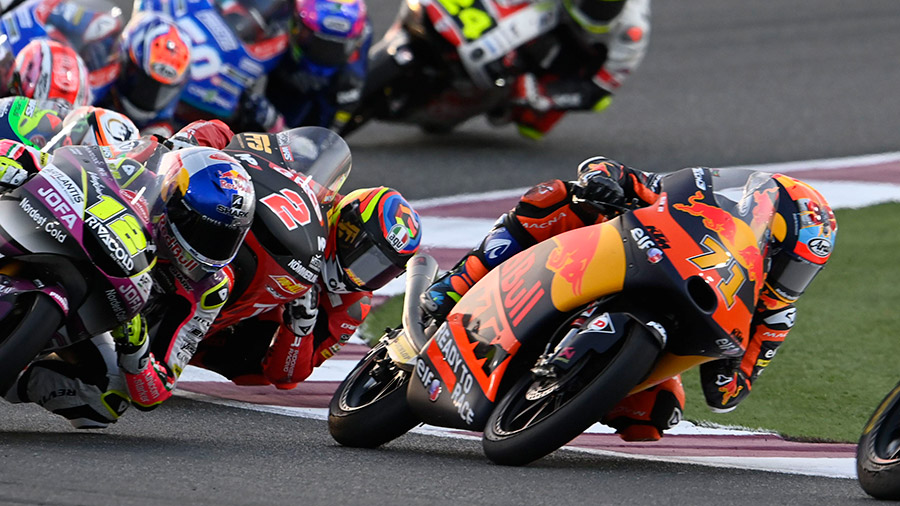 After starting the first round of 2021 from P19 on the grid, an early fall on the first lap, forced Deniz Öncü to play catch up with the rest of the field. He managed to restart his bike and initiated to close an 18 seconds gap to the last rider successively. With five laps to go he progressed to P21 and eventually made it into the top 20 on the line.

On the other hand, Ayumu Sasaki launched off the Qatar Grand Prix from the fifth row of the grid. He showed a great potential and was inside the top group right away, gaining more and more confidence until he even took over the lead with five laps to go. While fighting for his first ever win in the Moto3 World Championship, he unfortunately lost the front in turn two of the last lap.

“Honestly, I was feeling really comfortable for the race after the Warm Up, because I had very good sensations. But unfortunately, I did a mistake in corner six of the first lap. I overtook a lot of riders until then, but there, I tried a bit more, which was too much and I just touched another rider and crashed out.”

“It was totally my mistake and I’m very sorry and disappointed for this. Now we have one more week here, so we really have to try to make the best of our second chance!”

“It has been a great race. I started very well and was fighting in the front all the time. My pace was strong, the team did a great job and I was able to ride fast. This track was one of the most difficult ones for us, we tried many things during the test and finally found a good setup.”

“We were fighting there until the last lap, but I made a mistake today and crashed out. I was looking for the win, not the podium, but did one mistake in turn two and lost the front. I just want to say sorry to the team and thank you for the great job. We have next week, so I will try to come back stronger and try to get that podium in one week.”