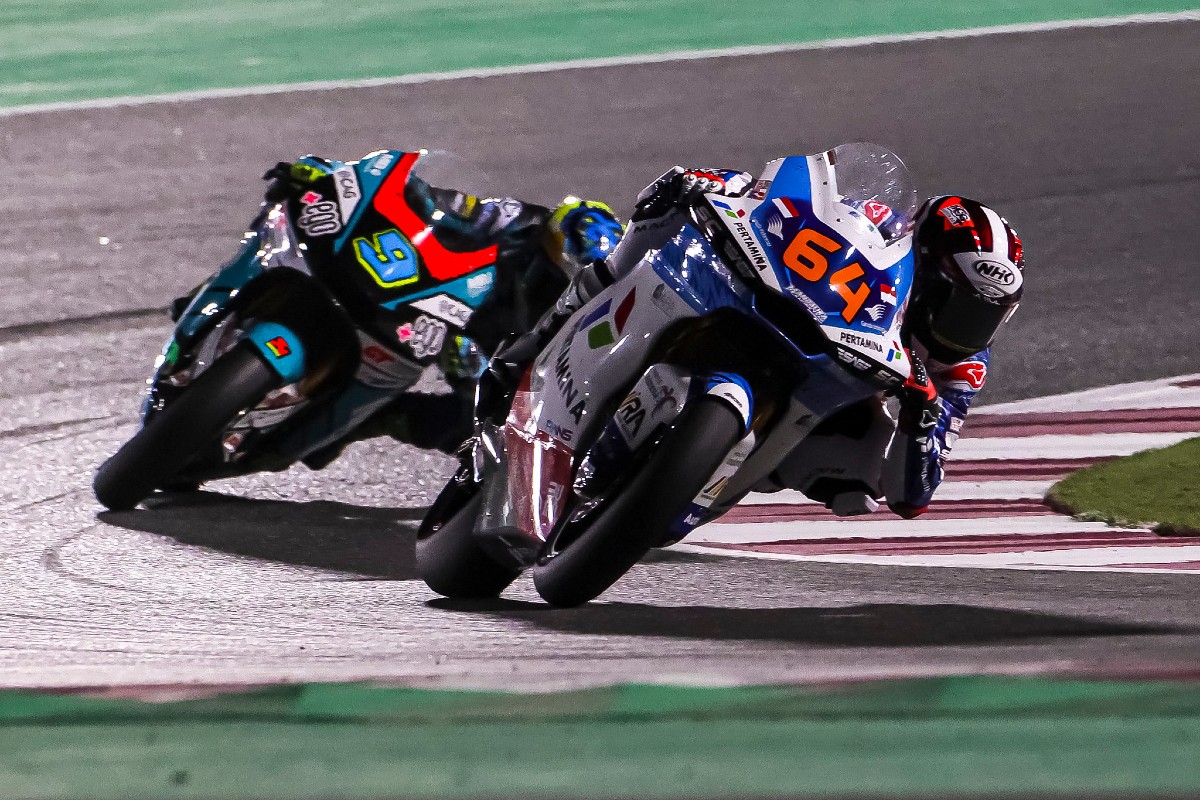 Bo Bendsneyder finishes the first race of the year in ninth position after suffering arm pump while Tom Lüthi is fifteenth after fighting in a group and getting a good base to continue working for the next race.

Bo Bendsneyder finished his first race of the year with the Kalex in ninth position after starting from the front row of the grid. The Dutch rider made a good start but the pain in his arm did not allow him to achieve a better result at the Losail Circuit.

Tom Lüthi, who started from the sixth row of the grid, has crossed the finish line in fifteenth position after finding some improvements that will allow him to have a good base of work to continue improving for the next Grand Prix that will be held at the Losail track next weekend.

The next race will take place next Sunday, April 4th, for the the Tissot Grand Prix of Doha.

We have finished the race in P9. If we had spoken about this before come here for sure we would be happy. The target after the weekend was to be on the top 6 but after six laps, I felt a little bit of arm pump and I was worried. After ten laps it become more and at seven laps to go I had no power and I was just surviving. P9 is not bad but I was hoping for more and I’m pretty sure it was possible. The feeling with the bike was good. For next week, I want to work with my arm to get it better and to fight with the big guys again. Thanks to the team because they did a great job and I’m happy with the work done.

It’s a bit awkward because the result looks a bit strange but the feeling is much better. I think I had the best feeling on the race all over the weekend. It was very positive to have this experience in the race. This is something we can build on. It’s a disappointing feeling specially because I was in the group. I was leading the group 3 laps to go and I was not able to fight and I lost too many positions. I went from eleventh to fifteen in the last two laps and this is a pity. We keep looking forward and I think it’s very positive to us to stay one more week on the same track in Qatar. I’m not absolutely disappointed and I’m happy with the feeling I had today.

#QatarGP, Thomas Luthi
Get All Our Latest News Sent Direct To Your Inbox
Join 30,246 other subscribers.
Follow on Social Media
Get the VROOM Podcast