Aleix Espargaro battles and stays with the best to finish 7th, Savadori 19th in #QatarGP 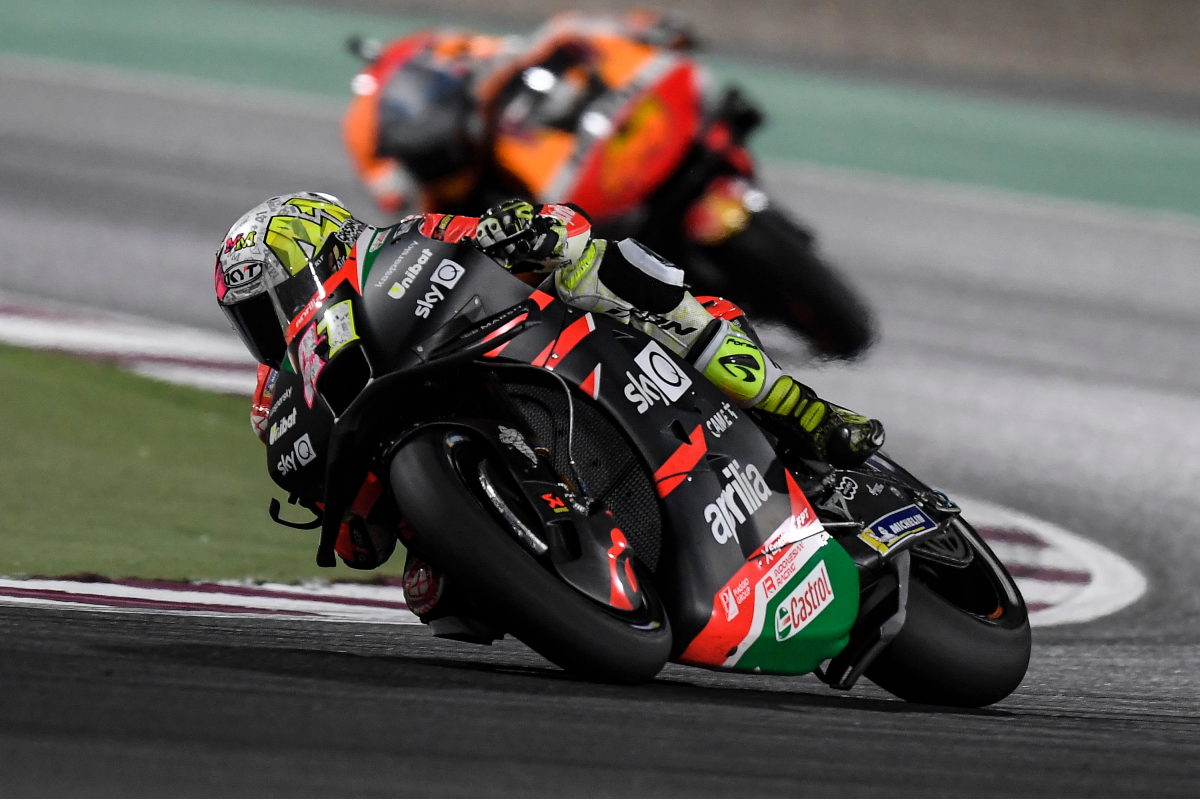 The question mark was erased with a great performance by Aleix in the first race in Qatar. The new Aprilia RS-GP is fast, consistent and capable of battling with the best. The seventh-place finish today is worth more than it might seem. The gap from the leader is under six seconds, despite a few tenths lost in overtaking – an important message that rewards the hard work on the track and in Noale.

After a good start, Aleix suffered a few attacks straight away in the early stages where, with a full tank, the rider from Granollers preferred not taking any pointless risks. Once he had set his pace, he began an unstoppable comeback, with times that made him the fastest on track in the central phase of the race. Precise and confident overtaking, Espargaró clawed his way all the way up to a seventh-place finish.

It was a demanding race for teammate Savadori, reckoning with a shoulder that suffered over race distance and with a feeling that still needs to be perfected. For the Italian rookie, finishing the race, accumulating data and gaining experience was fundamental, as well as setting up his race for next week, which will once again be here in Qatar.

“I am happy. Seventh place may not seem like much, but I showed that I am able to stay with the best all the way to the end, with a gap behind the leader that had never before been so low. In some stages of the race I was cautious, especially overtaking, where I tried to be clean and not risk, and that certainly cost us a few tenths. But after the positive tests and after all the efforts of the team here and in Noale, it was important not to make any mistakes. Now we definitely know that we can be in the game. We are fast, not only in practice, but also when it counts, and that is fundamental.”

“A difficult race, both because of my shoulder that was bothering me, especially at the beginning, and also because we still need to improve. I don’t have the right feeling to push. I struggle with a full tank and managing the tyres. Finishing the race was important because, analysing the data, we’ll be able to continue working on the RS-GP. The bike definitely has great potential, as Aleix’s performance demonstrates. Now, during the days off, I’ll try to recuperate as much as possible to be ready for next weekend.”