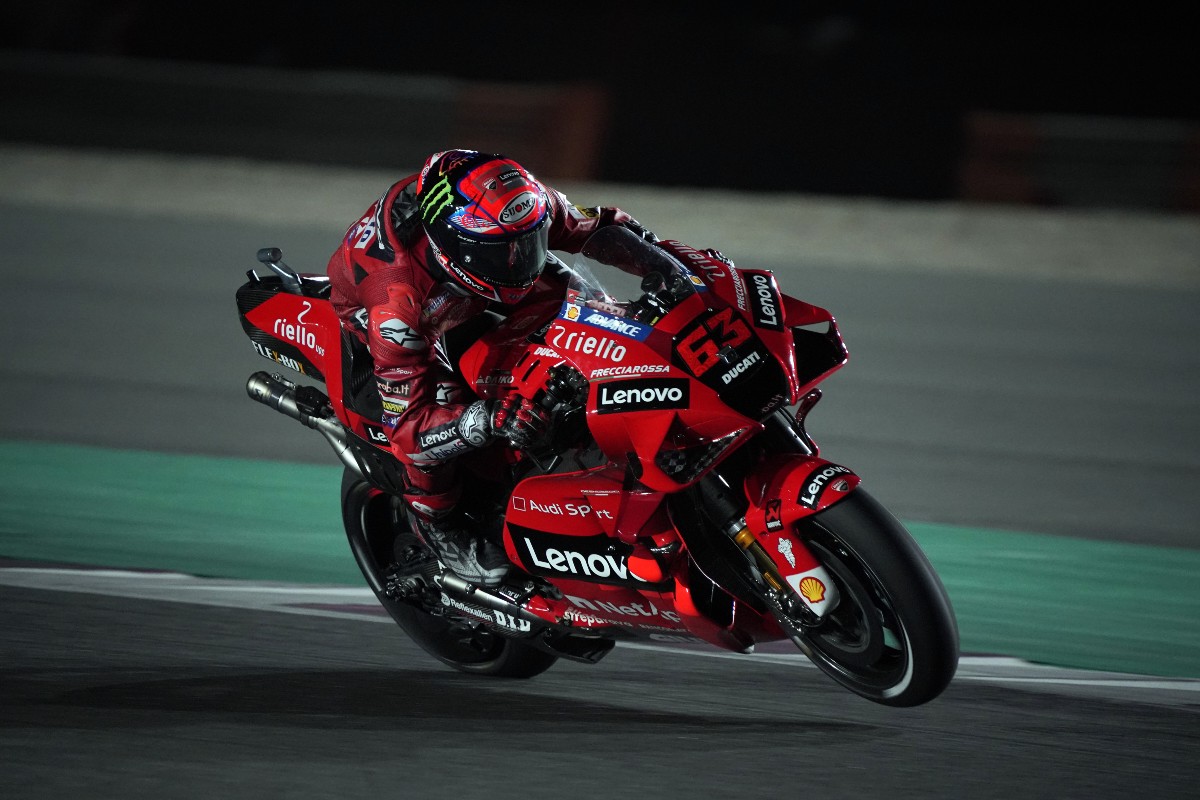 Ducati Lenovo Team riders Francesco Bagnaia and Jack Miller finished sixth and ninth in the Doha GP, held at the Losail Circuit in Qatar this evening.

As he got off from sixth on the grid, Bagnaia made a strong comeback in the early stages of the race after dropping back into tenth place at the start. After setting the fastest lap time of the race, the Italian climbed up into third, but at six laps from the end, he made a mistake that cost him several positions, and he crossed then the finish line in sixth place. Miller, who started from fourth on the grid, had also managed to get back into the podium fight after dropping at the back of the field after the start, but, on lap thirteen, after colliding with Mir, he lost several positions again, eventually ending the race in ninth place.

Thanks to the second place conquered today with the Desmosedici GP of the Pramac Racing Team, Johann Zarco is now the new Championship leader, four points ahead of Quartararo and Viñales, who are tied on points in second and third place respectively. Teammate Jorge Martín did a great race today. After masterfully leading for 18 laps, the Spaniard finished third, taking his first MotoGP podium in just his second race in the premier class.

“Unfortunately, today’s race didn’t go as I had hoped. I couldn’t make a good start and found myself in tenth place on the first lap. I lost a lot of time trying to make up ground, and in the end, I made a mistake that cost me a lot. I am disappointed because my feeling with the bike was exceptional today, and I felt I had the pace to fight for the win. Today’s experience will certainly serve me well for the future.”

“Compared to last week, my feeling with the bike was much better, and I was sure I could fight for a good result. Although I lost a lot of ground after the contact with Mir, I quickly close the gap with the riders at the front. Unfortunately, I started to suffer from arm pump in the last few laps, and I couldn’t ride as I wanted. In the next weeks, I will try to solve this problem to be competitive again starting already from Portimao.”

The MotoGP World Championship will be back on track in two weeks for the Grand Prix of Portugal, scheduled from 16th-18th April at the Autódromo Internacional do Algarve in Portimão.