Alcoba on the podium after dramatic last lap of #SpanishGP, DNF for Rodrigo 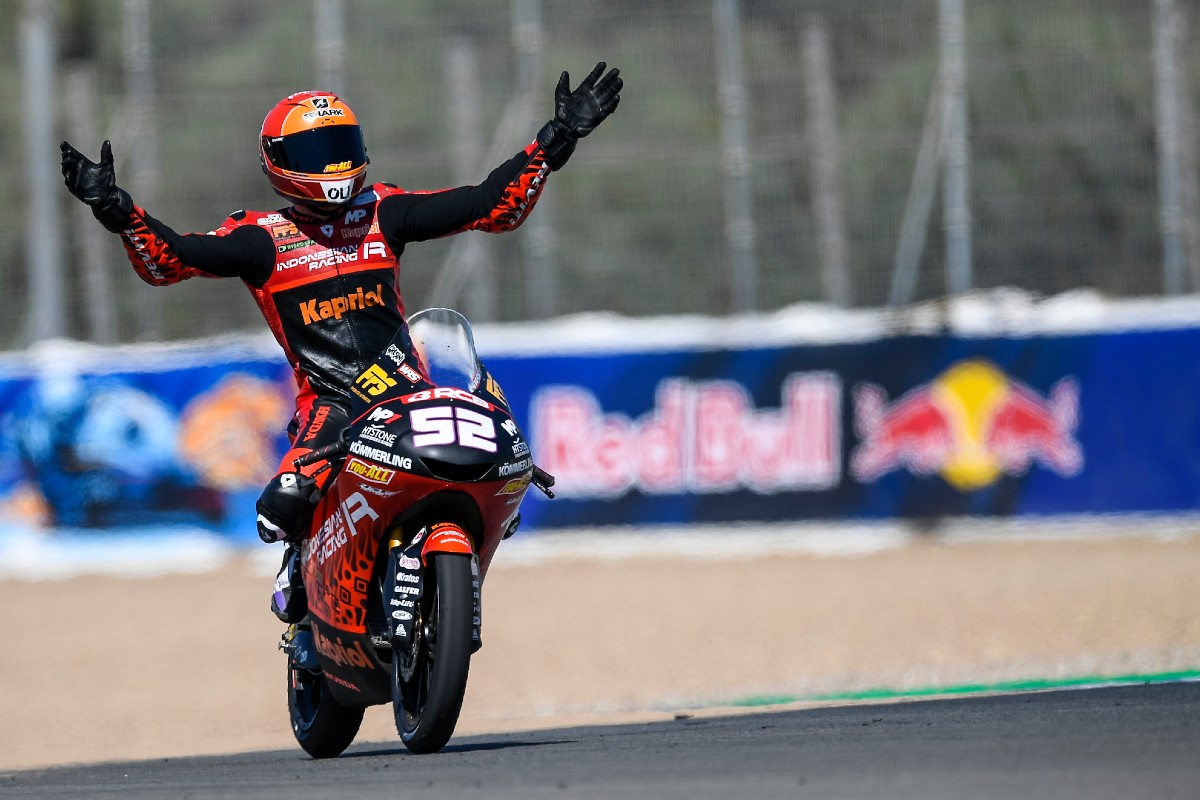 Despite many difficulties, the Indonesian Racing Gresini Moto3 team has landed an important result in this early part o the 2021 season. It was – as usual in this class – a very exciting and dramatic race, one that unfortunately saw Gabri Rodrigo out of action too soon.

The Argentine rider, who was dominating in the early laps, lost control of his Honda machine #2 and was thrown over the handlebar at the fast turn seven – fortunately without any physical consequence. Alcoba, meanwhile, after being forced to a double long-lap penalty due to a decision taken by the race direction, did an excellent job in recovering as many places as possible and to stay in touch with the leading group until the final moments.

The key moment took place at the final corner of the race, when Denis Öncü crashes and takes Masia with him on the gravel trap, while Jeremy Alcoba smartly took the inside line to avoid contact and cross the line third. This is the Spaniard’s first podium of the season – the second of his Moto3 career – with the championship standings now looking a lot better for him.

“Finally a bit of luck after such an ill-fated start to the season. Unfortunately I lost a lot of time with the double penalty – and wore out the tyres a bit too much, but in the end we were awarded with a well deserved podium. This result will give us new confidence, because we have been working well all along but so far we couldn’t really capitalise. We will maintain our focus ahead of Le Mans: we will try to avoid penalties and battle at the front from the very beginning.”

“A real shame, because we had worked very hard throughout the weekend. I was feeling good at the start of the race and try to pull away, but maybe the harder tyre option we chose has worked against me. We’re leaving Jerez with a bitter taste in our mouths, as we know how strong we are.”

#SpanishGP
Get All Our Latest News Sent Direct To Your Inbox
Join 25,261 other subscribers.
Follow on Social Media
Get the VROOM Podcast