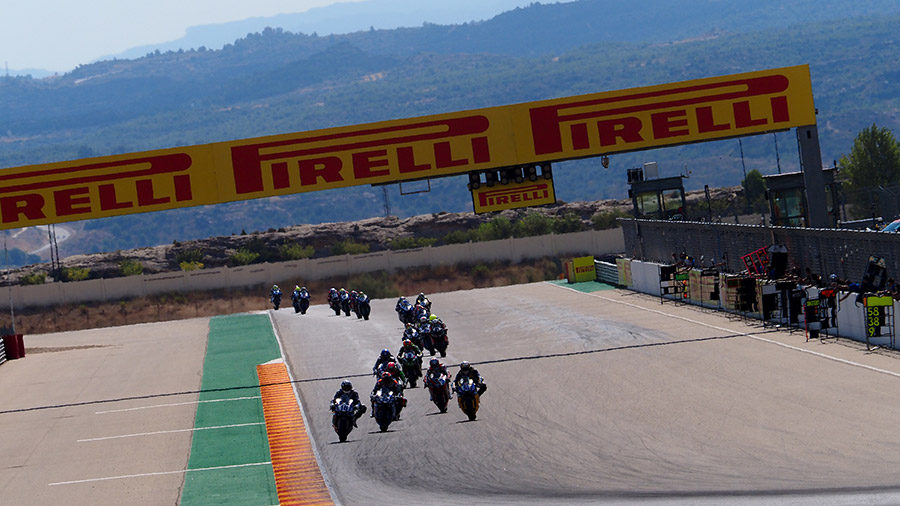 By the time the FIM Supersport World Championship resumes racing for Race 1 on the Saturday of the Pirelli Aragon Round, it will have been 216 days since the last WorldSSP race; a thrilling four-way battle in Race 2 of the Estoril Round. With the long off-season out of the way, it’s time to get back racing with MotorLand Aragon hosting the opening round of the season. There has been another format tweak to the weekend to add into the mix with the removal of Free Practice 3 and a shorter Tissot Superpole session.

The grid has undergone something of a change over the offseason with last season’s top two, Andrea Locatelli and Lucas Mahias, heading to the MOTUL FIM Superbike World Championship for 2021. Philipp Oettl (Kawasaki Puccetti Racing) is the highest-placed rider from last season to remain in WorldSSP and he lines up with a new teammate as Turkish star Can Öncü joins the Kawasaki Puccetti outfit.

With Locatelli’s move to WorldSBK, Steven Odendaal replaces him at Evan Bros. WorldSSP Team as the outfit goes for three titles in a row after claiming success in 2019 and 2020. Randy Krummenacher, who claimed their first title, returns to the Championship in search of his second title as he joins EAB Racing Team for 2021.

Also returning to WorldSSP for this season is Federico Caricasulo (GMT94 Yamaha) after a season in WorldSBK, alongside Jules Cluzel who goes in search of his first title after finishing runner-up on three occasions. There are a number of other riders returning to the Championship in 2021 too, with Michel Fabrizio (G.A.P MOTOZOO Racing by Puccetti) returning after 16 years away from WorldSSP, and Pawel Szkopek (Yamaha MS Racing) starting his first WorldSSP Round for the first time since 2012, alongside Spanish rider Marc Alcoba.

One rider who has been catching attention in testing is rookie Dominique Aegerter (Ten Kate Racing Yamaha), with the Swiss rider showing his pace before racing gets underway. The Moto2™ stalwart will be paired with Indonesian rider Galang Hendra Pratama who enters his second season of WorldSSP in 2021.

Kallio Racing return with Hannes Soomer for 2021 after the Estonian rider made history with Estonia’s first podiums last season, while he will be joined by rookie Vertti Takala at the team for 2021. WorldSSP race winner Niki Tuuli (MV Agusta Clienti Corse) makes his comeback as the sole MV Agusta representative, joining fellow compatriot Takala on the grid.

Manuel Gonzalez (Yamaha ParkinGo Team) remains in the Championship after an ultra-consistent 2020 campaign, although he faces a new challenge in 2021 as he switches from Kawasaki machinery to Yamaha. Italian Raffaele De Rosa (Orelac Racing VerdNatura) has a new team for 2021 as he switches to Orelac Racing, alongside Leonardo Taccini who will compete in the WorldSSP Challenge.

De Rosa’s former teammate, Federico Fuligni, also has a new team for 2021 as he moves to VFT Racing alongside fellow Italian Davide Pizzoli. Luca Bernardi (CM Racing) will become the second Sammarinese representative in WorldSSP history when he takes to the grid this season, while Danny Webb (WRP Wepol Racing) and Christoffer Berman (Wojcik Racing Team) both return for another season with their respective teams.