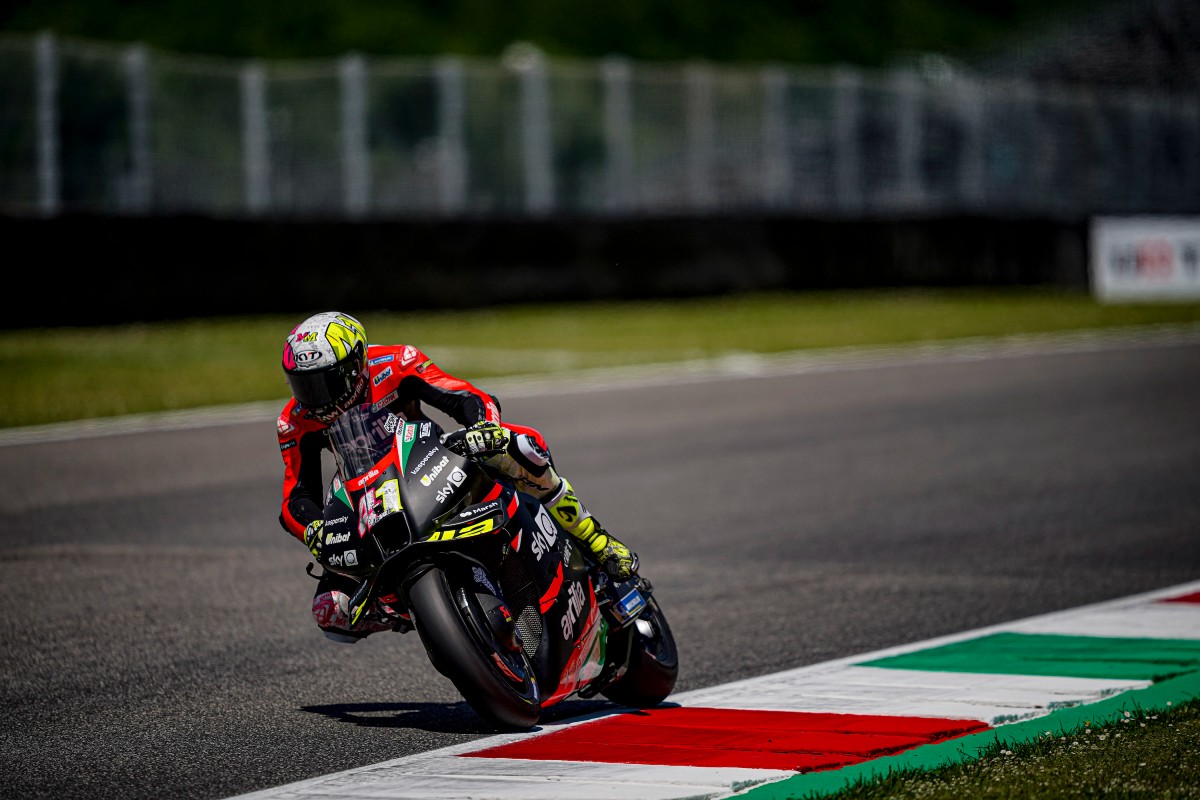 Before considering any results on the track and in the name of the sport we love, today demands heartfelt and moving thoughts for Jason Duspasquier. Aprilia Racing stands by the family, team and friends of the young rider in his memory.

With a stoic race, due to the conditions of his arm – still not at full fitness – and great strategic skill, Aleix once again rode his RS-GP into the top ten, actually finishing seventh, just behind the leading group and, thanks to the points earned, he is now lying seventh in the championship standings.

After a less-than perfect start from the fourth spot on the grid, Aleix established his pace, settling in with the fastest riders and staying in that group all the way to the end. He finished with a gap contained within eight seconds, which would have been just over six if Aleix had simply managed the generous advantage over his rivals in the final two laps.

Mugello has always been a worrisome track – a true test bench – and Aprilia had never before been so close to the top on this circuit which is extraordinary and challenging like no other. This is yet another sign of the progress that the RS-GP project, completely revolutionised from last season, is making now that it has been able to resume normal development.

After unfortunate qualifiers, Lorenzo Savadori also made steps forward and, thanks in part to a few crashes by the riders ahead of him, finished in the points.

We continue to be in the leading group and this is undoubtedly a good sign for me and for Aprilia. However, I feel like I could have achieved more today. Unfortunately, I didn’t find the same, outstanding sensations that I had during practice on the RS-GP. I was missing something in acceleration. We still haven’t been able to explain it, but we were less incisive compared with yesterday. Still, finishing so close to the podium here as well is a result to be proud of. Another positive note is that the arm reacted better than expected.

If I look at the pace I was able to maintain, I’m a bit disappointed in myself, because the top 10 was not that far off. I lost a lot of time in the battle with Alex Marquez, whereas, when I could set my own pace, I was able to get close to the group ahead of me. In any case, I am looking at the overall improvement, which is consistent, even on a track like this one where I am obviously penalised by my build. I must say that the RS-GP confirmed that it works well here at Mugello too.