Jack Miller finishes 6th at Mugello, Pecco Bagnaia crashes out of the lead of the #ItalianGP 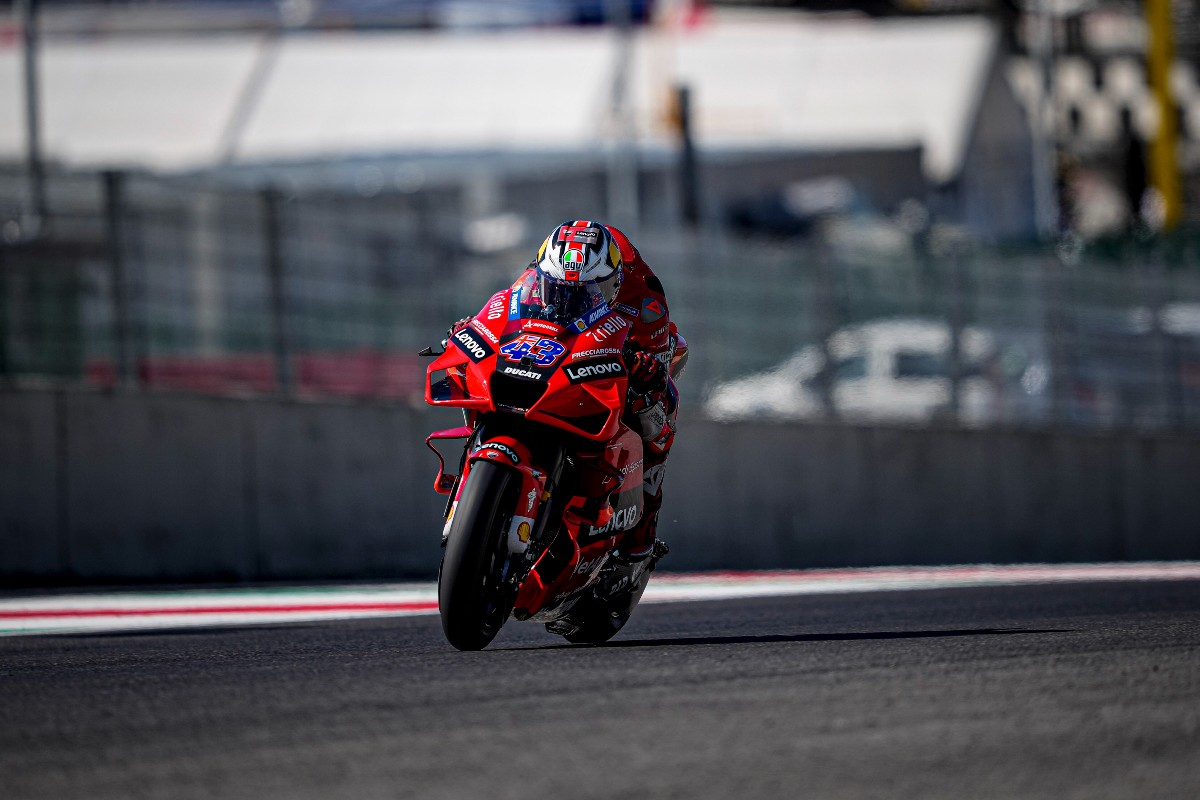 The Italian GP, the sixth round of the 2021 MotoGP World Championship, took place this afternoon at the Autodromo Internazionale del Mugello.

It was a difficult race for all the premier class riders, who, before the start of it, had to observe a minute of silence on the grid in memory of Jason Dupasquier. The young Swiss rider passed away just a few hours earlier due to the injuries sustained in a severe accident that occurred yesterday during Moto3 qualifying and which saw him involved. Francesco Bagnaia, who was deeply shaken by the tragic news, could not maintain his concentration during today’s race. After a promising start from the front row, the Ducati Lenovo Team rider crashed out of contention on lap 2 while he was in the lead and was then forced to retire.

Jack Miller, fifth in yesterday’s qualifying session, closed today’s race in sixth place. After a good start from the second row, the Australian rider struggled to find his rhythm immediately, and he eventually dropped back after a few laps. Despite his attempts to close in on his rivals, Miller had to finish the race in sixth place, still managing to secure important points for the overall standings, which currently see him in fourth place, behind Bagnaia (third) and Zarco (second), 31 points off leader Quartararo.

After today’s race, Ducati and the Ducati Lenovo Team are second in the Constructors’ and Teams’ standings.

Today was a race of survival and, with the wind, I struggled a lot. I did my best, trying to make up positions towards the end, but I didn’t feel completely comfortable. In any case, today, we take some important points for the overall standings. Now we have to leave Mugello behind us and move on to the next race in Barcelona, where we’ll definitely aim for a better result.

First of all, I want to apologise to the whole team. I made a mistake, and it’s a pity because we’ve worked hard all weekend and had the potential to fight for the win. Unfortunately, after the news of Jason Dupasquier’s passing, I couldn’t keep my concentration. Now we have to move on and start focusing on the next race, which will take place next week in Barcelona.

In less than seven days, the Ducati Lenovo Team will be back on track for the Grand Prix of Catalunya, scheduled for 4th-6th June at the Montmelò Circuit, near Barcelona.