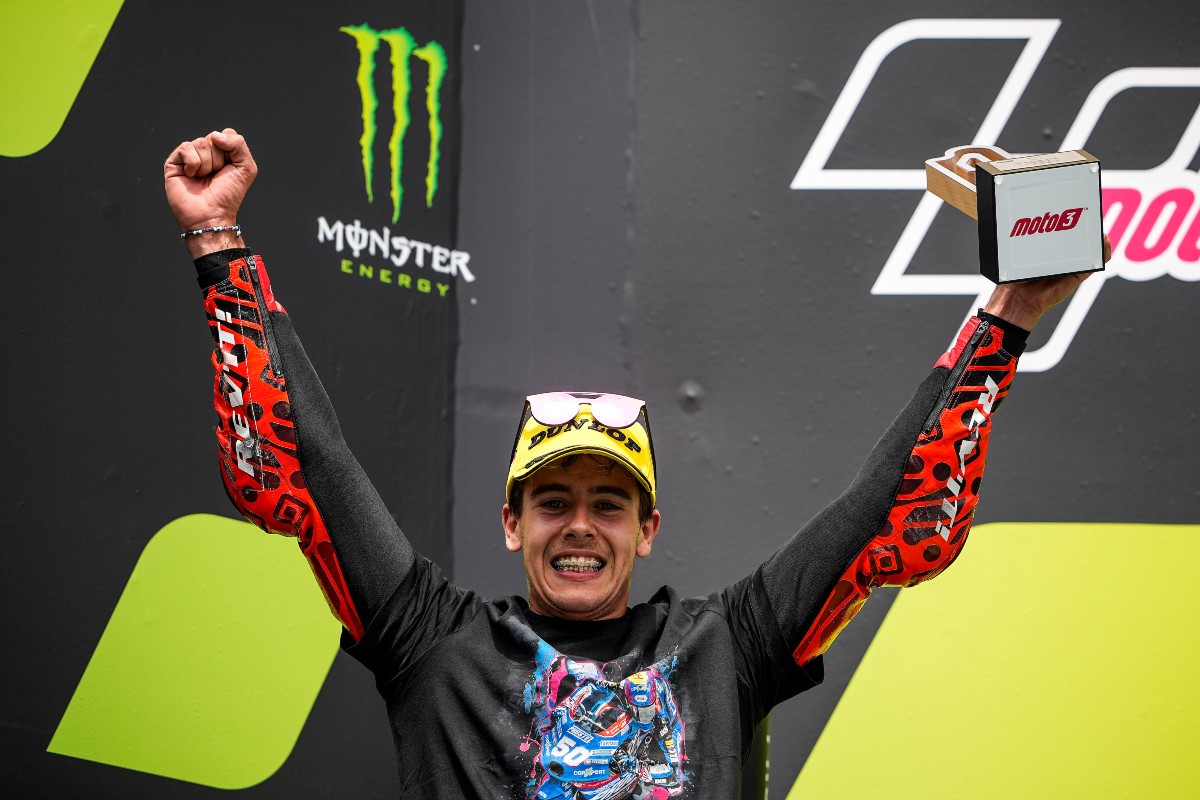 Only 15 thousandths of a second separated Jeremy Alcoba from what would have been his maiden Moto3 World Championship win. The Catalan rider #52 rode once again a smart race, as he stayed in the leading group before making his final charge to the podium as the race entered its final stretch. The last lap saw the hardest of battles on the track, with seven riders covered by 0.4secs at the chequered flag.

Among these seven riders there was also Gabriel Rodrigo, who in some way played even a bigger role in the race than his teammate. The Argentine rider of team Indonesian Racing Gresini Moto3 showed on many occasions his superb level of form as he led a good part of the race and even tried to pull away at some point. In the end, he had to settle for a sixth place which does not reflect his potential in this encounter, but his confidence is still growing.

Both riders scored some valuable points, with Rodrigo now eighth while Alcoba moves up to 11th place while waiting for the next back-to-back races at Sachsenring and Assen.

You never know what can happen in Moto3: I did well and I was also a bit lucky to be at the right place at the right time. We needed this result because we’re coming from a string of poor results especially given what we have been able to show in qualifying. I would like to thank the team because the bike was perfect. In the end I struggled a bit with the tyres, but I was able to play a big part in the race so we’re going home with a big smile on our faces.

Honestly today’s sixth place is a disappointing result. We had pace and confidence to win, but in Moto3 is always very difficult to make it happen. I was even able to open up a gap towards the end, but it wasn’t enough and then when with two laps to go I went all the way down from first to twelfth I realised it was too late. These are important points, but today we had to win: I hope in the future all the disappointing results will be like today’s sixth place.

#CatalanGP
Get All Our Latest News Sent Direct To Your Inbox
Join 25,261 other subscribers.
Follow on Social Media
Get the VROOM Podcast