CEV Repsol: Catalunya calls as Round 3 readies for Barcelona 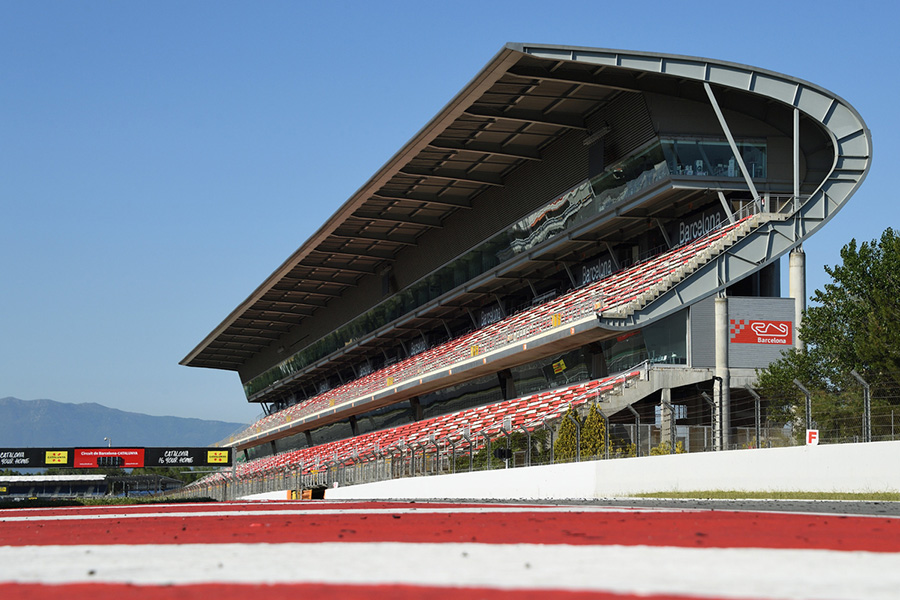 With two rounds of the season providing stunning action, the third round of the 2021 FIM CEV Repsol is ready to ignite the fight at the front even further

The battle for FIM CEV Repsol supremacy in 2021 takes to magical Montmelo and the Circuit de Barcelona-Catalunya, a venue that often provides some of the closest racing seen all year. After the first three races across the opening two rounds, the FIM Moto3™ Junior World Championship will enjoy two races once again with Daniel Holgado (Aspar Junior Team) the early leader; in the Moto2™ European Championship, Fermin Aldeguer (Boscoscuro Talent Team – Ciatti) has a 15-point advantage over his teammate Alonso Lopez and will again have two races. In the Hawkers European Talent Cup, four different winners have left Adrian Cruces (Cuna de Campeones) with a slender one-point lead over teammate Hugo Millan, but of course that could all change this weekend.

With Daniel Holgado taking a first FIM Moto3™ JWCh victory at Estoril at the start of the year, the floodgates opened at Valencia and he made it a magical hat-trick from the first three races, despite close battles. Holgado was fifth at Catalunya in 2019 and hopes to build on that in 2021. David Salvador (TM Factory Racing Team) is second in the overall title race, 38 points behind Holgado after a tricky Valencia round. Ivan Ortola (Team MTA) is third in the Championship, having achieved his first podium in Race 2 at Valencia, just two weeks after his debut pole at Estoril. Ortola scored points in the HETC back in 2019 at Catalunya and hopes to be in podium contention on Sunday.

Elsewhere on the grid and fourth in the standings is Indonesia’s Mario Aji (Astra Honda Racing Team), who took a career-best fourth place at Estoril’s season-opener and backed it up with an eighth and fifth in Valencia. Japan’s Takuma Matsuyama (Asia Talent Team) achieved a career-first podium last time out at Valencia and looked like he could have taken the victory, something he will hope to do at Catalunya and fresh from Moto3™ World Championship wildcards, one of which was in Barcelona, so he should be up to speed from lights-out. Sixth in the standings is Jose Julian Garcia (SIC58 Squadra Corse), who took second and a first podium of 2021 at Valencia in Race 2. Following a first-class podium, Diogo Moreira (Team Estrella Galicia 0,0) hopes for more, whilst David Alonso (Aspar Junior Team) slipped to tenth in the standings and aims to bounce back after a double DNF last time out.

Moving on to the Moto2™ ECh, and it’s the battle of the Boscoscuros once again with Moto2™ rookie sensation turning into rookie domination. Fermin Aldeguer (Boscoscuro Talent Team – Ciatti) stormed to a double victory at Estoril, and another victory at Valencia and has also been impressive during the Moto2™ World Championship, scoring points at Mugello in 12th. Teammate Alonso Lopez is 15 points behind Aldeguer and needs to get back on terms with his teammate at Catalunya, a track he was fifth at in the Moto3™ World Championship in 2020, his best result of the year. Third in the standings is Malaysia’s Adam Norrodin (Liqui Moly Intact SIC Racing Team), who took his second podium of the year at Valencia in Race 2 and is 15 points behind Lopez. Teammate Lukas Tulovic is fourth with 29 points, one point ahead of Dimas Ekky Pratama (Pertamina Mandalika SAG Stylobike Euvic Team).

For the Hawkers European Talent Cup, there’s been four first-time winners already in 2021; Jacob Roulstone (Leopard Impala Junior Team) took Race 1 at Estoril and David Garcia (Finetwork Hawkers Junior Team) clinched Race 2. Valencia’s Race 1 went to Xabi Zurutuza (Cuna de Campeones) before it was finally Alvaro Carpe’s (MT-Foundation 77) turn to stand on the top step of the rostrum in Race 2. A fifth different winner on Sunday at Catalunya would be the first time since 2017 that this has happened, whilst it would also be the first time since the class began that there had been eight consecutive different winners, given the three different victors at the end of 2020.

The FIM Moto3™ JWCh and Moto2™ ECh will both get two races to fight it out in order to conquer the Circuit de Barcelona-Catalunya, whilst HETC will get one shot at the battle of Barcelona. Don’t miss any of the action on Sunday the 13th June as the FIM CEV Repsol blasts into action once again.

barcelona
Get All Our Latest News Sent Direct To Your Inbox
Join 25,265 other subscribers.
Follow on Social Media
Get the VROOM Podcast