Alcoba bounces back with 4th at #GermanGP, DNF for Rodrigo 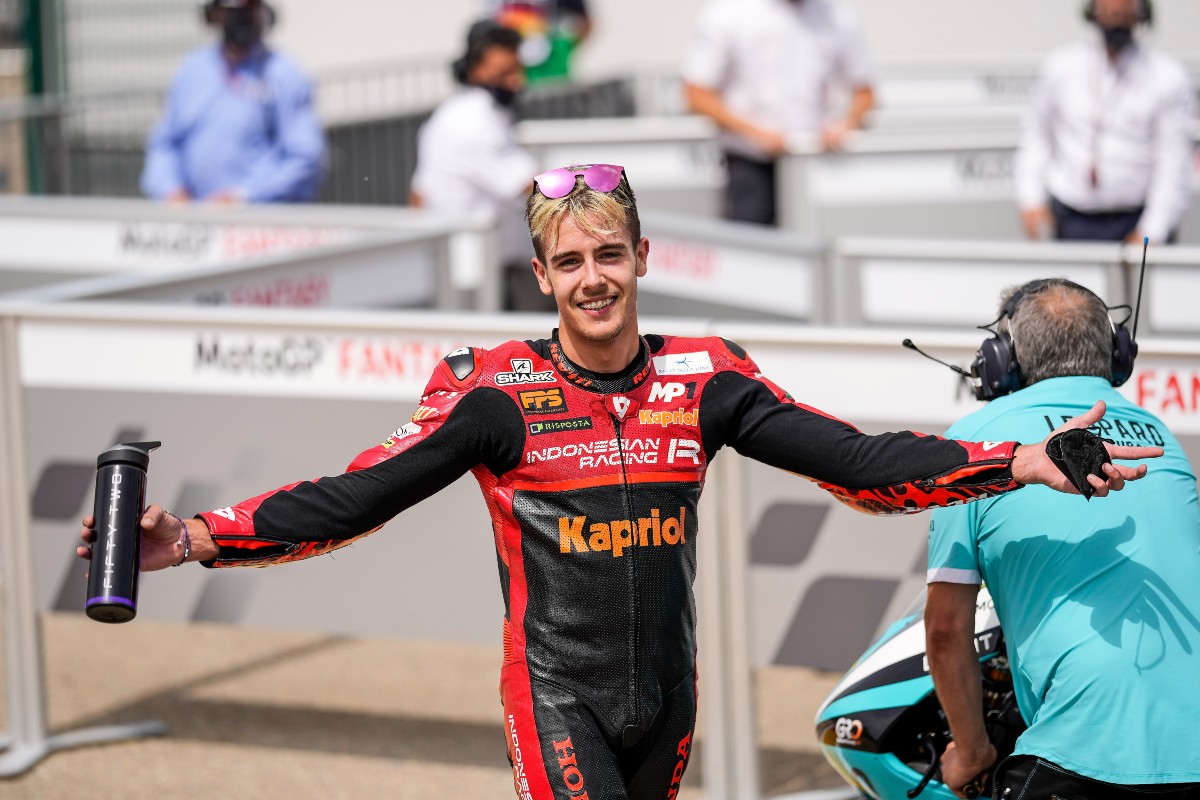 Jeremy Alcoba’s masterful comeback ends just short of what would have been a historic result at the Sachsenring. The Spanish rider, who made his debut this weekend at the German track, went all the way from 20th on the grid to the podium – before another penalty deprived him of a well-deserved rostrum finish. The tiniest demotion resulted in a huge difference for the standard bearer of Indonesian Racing Gresini Moto3, who wraps up his first-ever #GermanGP with a fourth place finish.

Today’s 13 points allow Alcoba to enter the top ten of the general standings and overtake his teammate Gabriel Rodrigo, whose race came to an early end following a hughside at turn five while battling at the front of the field. For the Argentine rider, this is the third DNF of the season.

The good news comes from the medical centre as Rodrigo – despite two heavy crashes this weekend – is well and will be fully fit for the Dutch GP, which gets underway in less than five days.

It was a fantastic race. In the beginning everybody was really quick, but I tried to keep my composure until halfway into the race, when thanks to my pace I was able to bridge the gap with the front group. I was feeling strong in the final five laps and with two laps to go I made my way up to third from the outside. I got penalised despite leaving my position to Toba on the last lap. It doesn’t matter: we did an incredible race and I’m happy.

The most important thing is I’m feeling good. We need to analyse why we have been quick all weekend and in then in the race I crashed while closing the throttle, which is something that never happened to me before. We need to press the reset button because Assen is around the corner.