Diggia still a protagonist with 4th in the #GermanGP, Bulega on the rise in 11th 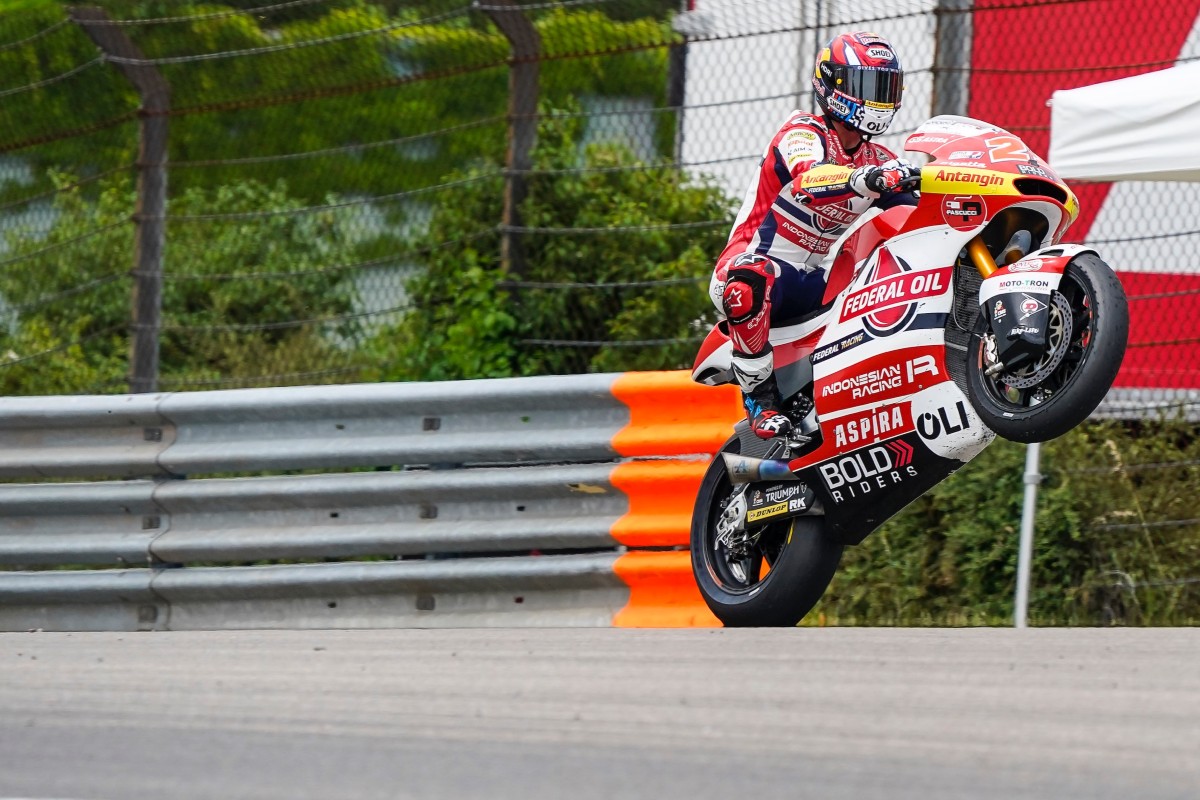 Fabio Di Giannantonio’s race at the Sachsenring ends with a fourth-place finish. After a not-perfect start, he put together a consistent race and had a great battle with Bezzecchi for the podium. This time, he ended up on the losing side of the battle, but the 13 points gained today helped consolidate his fifth place and narrow the gap to Sam Lowes (fourth and 13 points away).

Nicolò Bulega made a good step forward and narrowly missed on a top ten finish and grabs some valuable points for the second time this year. His 11th place mirrors the result achieved at Le Mans last month, with the championship standings starting to look a bit better.

Team Federal Oil Gresini, fifth in the team standings, will be back together in less than four days at the TT Circuit Assen, for the last round before the summer break.

We did our best despite a small mistake at the start, where I had a good jump off the line but lost some positions at the end of the straight as I didn’t want to take any risk. We then managed the tyres well: I thought I would be more competitive in the final part, but Bezzecchi did well in the last laps. After two DNFs we grabbed some important points, so a fourth place is fine. Good job.

We haven’t done so bad and at least we confirmed our championship situation. It was a challenging race but the body responded well so I’m happy. We have been improving throughout the weekend and this is a good turnaround compared to previous races. Now we need to keep working this way at Assen.