Di Giannantonio’s comeback ends prematurely with DNF in the #DutchGP, Bulega crosses the line in 19th 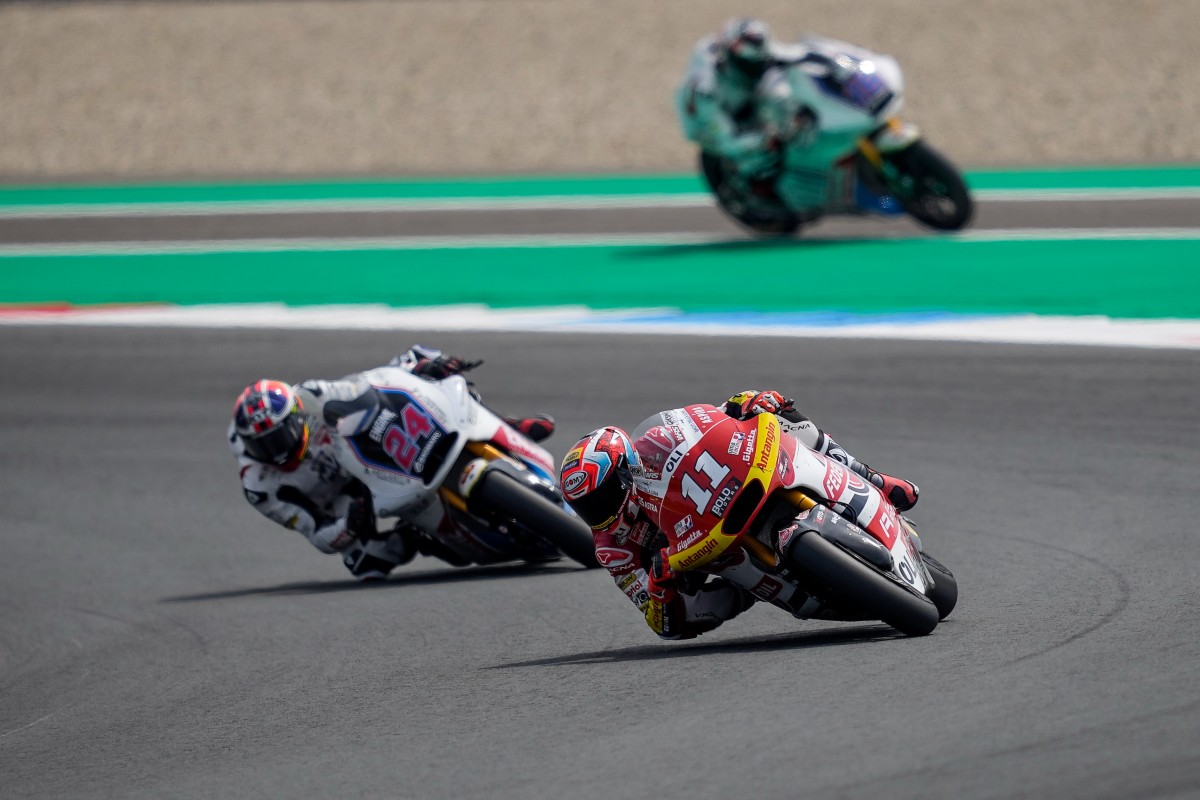 Fabio Di Giannantonio’s comeback in today’s Moto2 race at Assen came to an early close in the most exciting moment for the Italian rider and the Federal Oil Gresini Moto2 Team, as the Italian had brilliantly made his way back towards the front of the field. A crash at turn nine resulted in another unfortunate DNF for Diggia, just as the series enters the summer break.

The crash was almost almost inevitable, as Di Giannantonio started to lose feeling in his right arm – a condition that worsened as the laps went by – until he ran off track with nine laps left. Luckily enough, the summer break will allow him to address this surprising issue.

Nicolò Bulega’s performance, on the other hand, was not one to remember – and his starting position (26th) surely did not help. The rider #11 was 19th at the line and five seconds away from the top-15, after experiencing some false neutrals several times at turn five.

I’m mortified. We were having a great race and we had the pace and time to bridge the gap to the leaders. Unfortunately after six/seven laps I started to lose feeling in my right arm and therefore also in the brake lever. With nine laps left I couldn’t avoid running off track and crashing. It was important to enter the summer break with a good result, but we’ll try to understand what happened with the arm and make sure to be fully fit for the trip to Austria.

Unfortunately, our weekend was ruined in qualifying. Our starting position did not allow us to put up a fight. Our pace was not bad, and without that gearbox issue especially at turn five, we could have been in the top 15.

#DutchGP
Get All Our Latest News Sent Direct To Your Inbox
Join 25,261 other subscribers.
Follow on Social Media
Get the VROOM Podcast