Petrucci fights to 13th in the #DutchGP, DNF for Lecuona 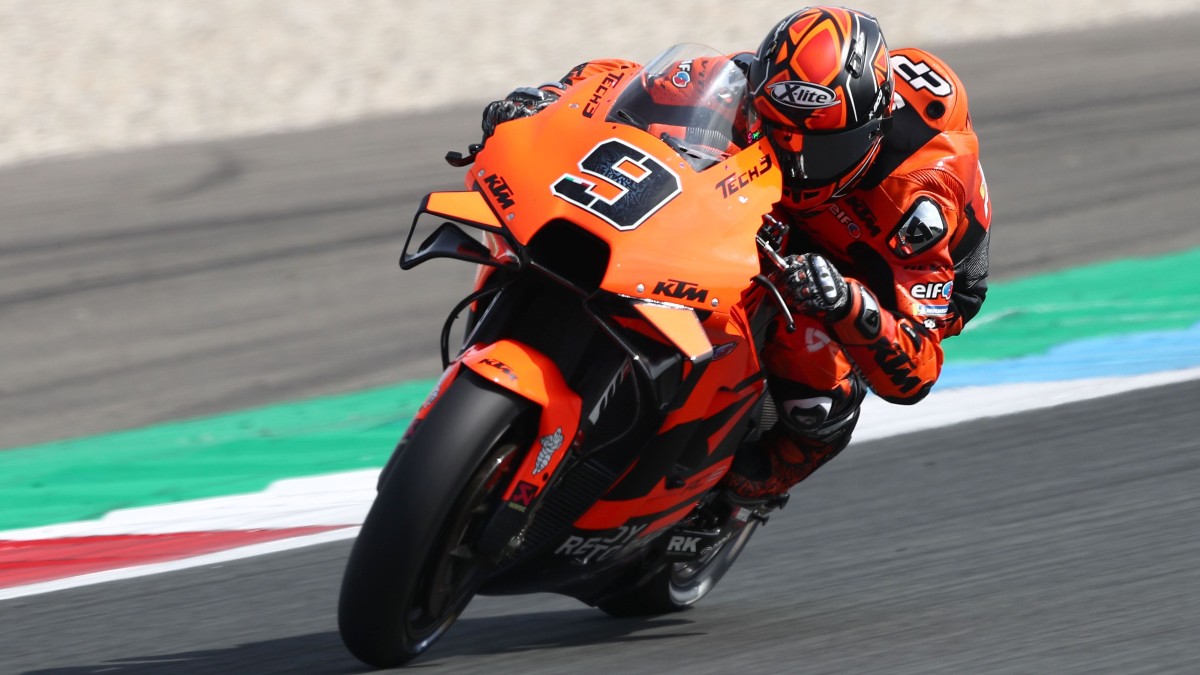 Having a decent feeling aboard his KTM RC16 all weekend long, Danilo Petrucci was unlucky in qualifying to not be able to show his potential, but came off the line well in today’s Dutch GP. At the end of the first lap, he crossed the line in P17 and steadily made his way towards the front until he arrived in 13th at halfway point. In the second part of the race, he couldn’t keep his strong pace shown earlier, but still managed to see the chequered flag in 13th, bringing home three championship points.

On the other side, Tech3 KTM Factory Racing’s Iker Lecuona started from P13 and kept his position at the end of lap one. He was showing some good and consistent lap times and made up two positions until the middle of the race. Being well placed in 11th, the young Spaniard unfortunately lost the front in the final chicane with just eight laps to go. Luckily, he escaped unharmed and now aims to recharge during the summer break in order to be back stronger for the second half of the season.

At the end, we have been able to score some points. It was a difficult race, because at the beginning I had to recover many positions and I had a lot of fights. I maybe used the rear tyre too much and was not able to stick with Brad (Binder) in front of me. But anyway, regarding the fact that I had to start from P18, it was good to finish the race and get some points. I gave my best. For sure we have to improve qualifying for the next races.

I’m lost for words. I felt strong in the race, I overtook some riders, but lost a lot of time fighting with another rider. There I lost the contact to the front group, but my pace was well to stay in P11. I was fighting with Pol Espargaro, but then he started to push a lot and I couldn’t follow him anymore. At least I managed to defend my position and then I did a mistake. I touched the white line and lost the front. I was touching this line before, but not with the used tyre, so it didn’t work. I need to say sorry, as I did a very strong weekend, but it was also important to finish the race before the summer break. I didn’t finish, but in general, I’m still happy about my improvements. We will come back stronger.

#DutchGP
Get All Our Latest News Sent Direct To Your Inbox
Join 25,261 other subscribers.
Follow on Social Media
Get the VROOM Podcast