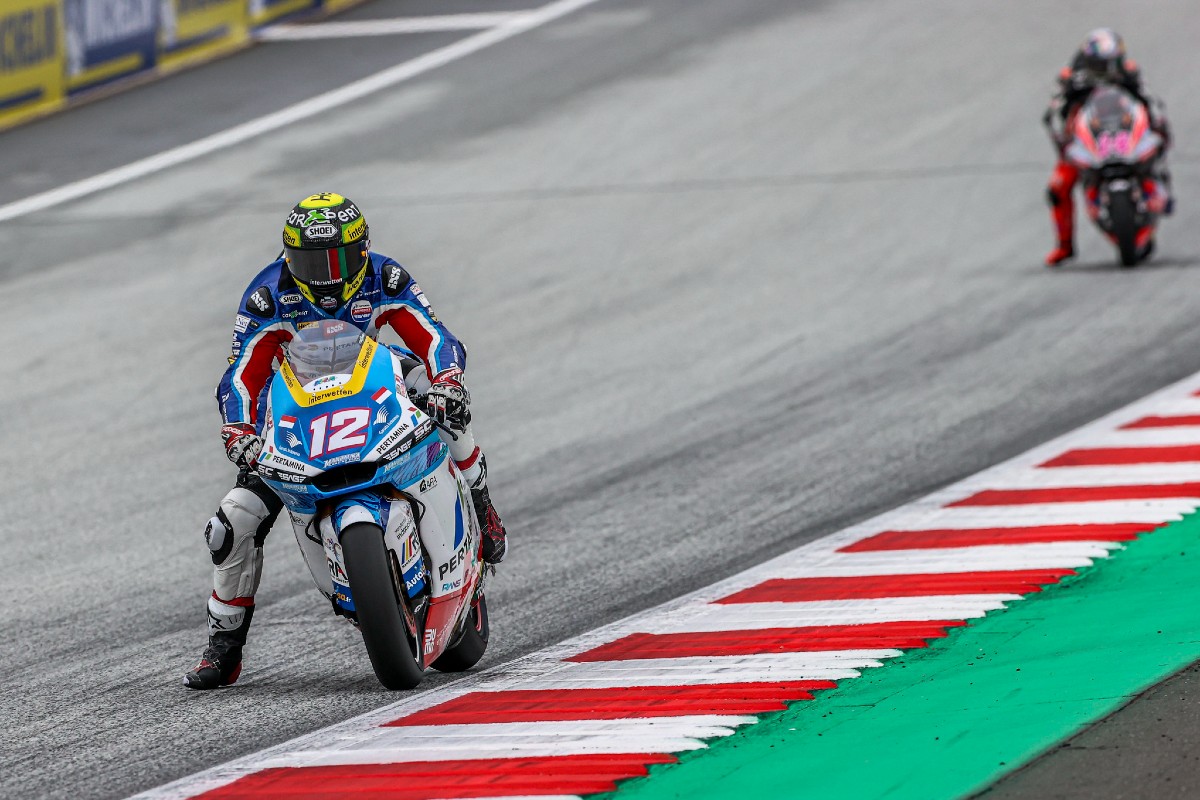 Difficult day for the Pertamina Mandalika SAG Team at the Styrian Grand Prix. Tom Lüthi has gone from less to more in the race, finishing in sixteenth position and very close to the points zone. Bo Bendsneyder finished twenty-third as he did not find a good feeling with the bike.

Tom Lüthi has made progress throughout the weekend. After getting a direct pass to Q1, he started the race from thirteenth position on the grid. Lüthi lost some positions at the beginning, although he began to feel more comfortable and climbed some places until he was sixteenth, very close to scoring in a new race.

His teammate Bo Bendsneyder had a tough weekend at the Red Bull Ring. The Dutch rider did not find the best feeling with his bike. However, Bendsneyder has fought for the best possible result and he crossed the finish line in twenty-third position.

The Pertamina Mandalika SAG Team is already thinking in the next race. The Austrian Grand Prix will be held next weekend also at the Red Bull Ring. In addition, the team will have Japanese rider Taiga Hada as the third rider participating as a wildcard.

Not really a good end after we started well on Friday. The conditions were a little bit mixed today after the warm up. We planned to try some more things for the setup but we couldn’t because the track was wet. Then the race was nearly dry, because it was quite tricky with some lines dry and the rest was wet. Anyway, the focus was on the start and being in a good position because it was difficult to overtake. The opposite happened to me because I was squeezed between other riders and in turns 1 and 3 I lost too many positions and confidence as well. I couldn’t attack in the first laps, which was crucial today. I ended out of the points but we have another chance next weekend.

It was a difficult weekend. We tried a lot of things, we kept working but in the end it didn’t pay off. Luckily, we have another weekend in the same circuit so we will keep working hard, both the team and I. Now, we have to improve and learn from this race to come back stronger. That’s the target for next weekend.