Lecuona salvages a single point in the #StyrianGP, Petrucci crosses the line in 18th 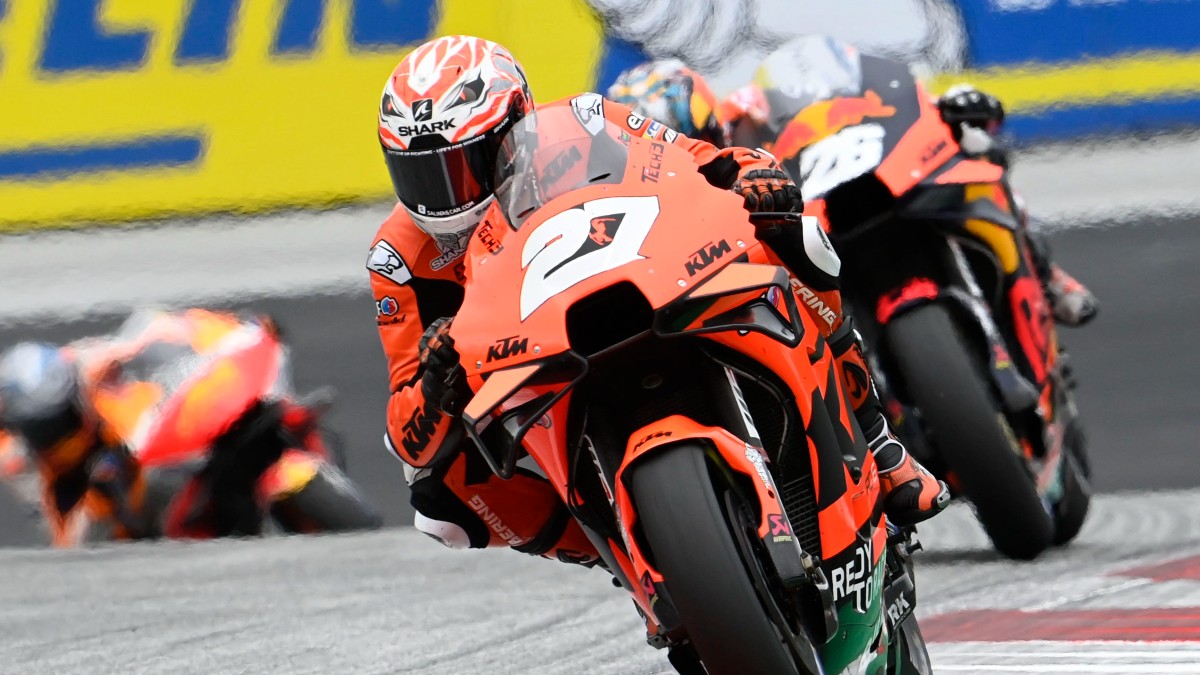 In an eventful Styrian Grand Prix, which was red flagged and restarted with 27 laps today, Tech3 KTM Factory Racing eventually scored one point with Iker Lecuona. The Spanish youngster started from P18 on the grid and made up several positions on the first lap already and managed to climb all the way up to P12 just after half time of the race. Unfortunately, he got a long lap penalty with three laps to go, which saw him going back to P16, but he fought hard for the final point on the last lap to end up 15th on the line.

On the other hand, Danilo Petrucci likewise made up four places by the end of lap one and was fighting to make his way towards the points scoring positions. Although he did very consistent lap times, the Italian couldn’t stick with the group ahead of him and ended the first race after the summer break eventually in P18 following a slight mistake on the final lap, which saw him drop back.

It was a difficult day. IN the wet conditions this morning, I felt very strong. I expected the race to be wet, but finally it was dry. After 10 laps, I didn’t feel any grip anymore and had a lot of spinning. I struggled a lot during the race and on top of that I got this long lap penalty. I didn’t understand why. With one point, I’m not very happy, as I knew we could have been finishing a lot closer to the front with the potential we have. But it’s just the first weekend and in a few days we have the opportunity to recover, so it’s time to restart.

We knew it would be a difficult race for me in terms of acceleration and in fact, I struggled a lot to stay in the group. I managed to stay quite close to the others, but at the end, I tried to pass Iker, went wide and lost pretty many positions. I’m very sorry for this mistake! All the race I fought with the bike, trying to recover the time lost on the straight. We will try again next week.

#StyrianGP
Get All Our Latest News Sent Direct To Your Inbox
Join 25,261 other subscribers.
Follow on Social Media
Get the VROOM Podcast